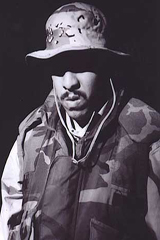 “Hip
hop is inherently political, the language is political. It uses language as a
weapon — not a weapon to violate or not a weapon to offend, but a weapon that
pushes the envelope that provokes people, makes people think.” – Todd Boyd, Professor
University of Southern California’s School of Cinema-television

It’s
true what they say about music — it is a universal language. Regardless of
where people are from or what language they speak, music that has universal
appeal can do more than entertain. It can bring people together, get people to
think and some cases provide a soundtrack for change. Never has his become more present than in the
music of hip hop that went from an expressive combination of lyrics and rhythm
to a lifestyle and culture that has permeated popular society.

More than just a beat

As
stated above the “hip hop” professor, Todd Boyd, hip hop is far more than just
clever rhymes and banging beats. It has the potential to educate. Boyd is one
of the many educators blazing the trail that of bringing hip hop to education
purporting that as a learning tool, it’s very powerful. Take for example the organization
H2ED (Hip Hop Education). Their formula of T.O.P.S.Y (teachers, organizations,
parents, social workers and youth) seeks to involve the adults and leaders in
the community to band together focus educating the youth using things that they
can relate to.

This Is How They Do
It

According
to their mission, “H2Ed is to serve as a resource for educators and those
committed to helping children succeed in school by using the power of hip-hop
culture as a learning tool. This is achieved by compiling and maintaining a
comprehensive list of educational resources, products and services available for
educators. By providing important networking opportunities and by advocating on
both the institutional and grassroots levels for educational reform.” (About
H2ED, www.h2ed.net)

The
common misunderstanding or misconception is that you walk into a classroom and
there is a hip hop beat blaring while a teacher attempts to rhyme the key
points of American history. While that my seem like a clever and entertaining
idea for Hollywood films it’s a hackneyed attempt at best to incorporate what
hip hop can teach. Consider the basic tenets of recording, producing and
distributing an independently produced hip hop CD. Within this one projecct.

Involving
youth in a project of this nature is exactly the goal of initiatives like San Francisco’s DJ
Project. Much like H2ED, the DJ project uses hip-hop culture to reach out to
urban youths for which this music has become an integral part of their
lives. It would seem that the old
perception of this music being a bad influence and having no redeeming
qualities has actually been changed and is now perceived as music that can
actually create a sense of empowerment for many kids.

For
the Colorado Hip Hop Coalition (CHHC) founded in 1979 they take this
empowerment to another level by:

The Future Is Bright

The
next time you hear people bemoaning the negative influence of hip hop, think
about these pioneers in education and how they have looked beyond the
negativity and embraced the potential and common bond between hip hop, kids and
education.