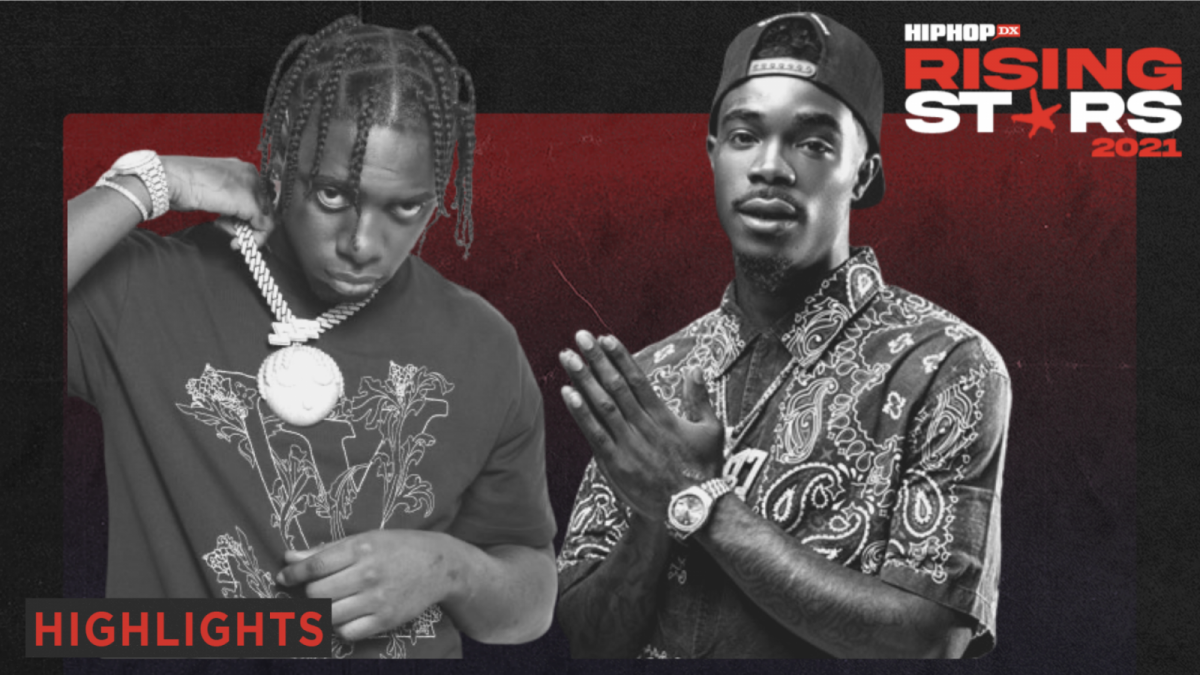 It’s great to see rappers reap the fruits of their labor and drop hefty bags on themselves, but we love it even more to see them spread the wealth amongst others – especially to those who need it.

By now the 2021 HipHopDX Rising Stars have each splurged on themselves whether with iced out chains, foreign cars, or huge estates, but this week one of the Rising Stars decided to bless others with big bank.

In the IG post, Sleepy is seen giving out money to those without homes on the poverty-stricken strip of L.A. – Sleepy also made sure to still show respect to folks by blurring-out their faces on camera.

In Sleepy’s touching video, his song, “Equal,” can be heard as background music as he speaks of people not believing in him at first, and really treating him as if he was “see-through,” at one point, like many in America think of those without homes.

Fellow 20201 HipHopDX Rising Star DDG also took a trip to Skid Row back in August to provide water, salad and whole Little Caesar’s pizzas to several homeless people waiting in line, but was later ridiculed by social media for filming what he had done.

DDG responds to backlash after handing out boxes of pizza 🍕 pic.twitter.com/Ypu0tp8EvO

DDG positively responded to the negative feedback with, “little caesars better than dominos & me recording this prolly made 10,000 more people wanna do the same thing. Let me do a good deed in peace.”

Covering about 50 blocks in Downtown Los Angeles, Skid Row has one of the largest stable populations of people without homes in the United States, even dating back to the 1930s when the strip first became infamous for homelessness.

However, Hip Hop has never been a stranger to Skid Row as a plethora of rappers have given-back to the homeless strip in the City of Angels before. Warren G, Tyler The Creator, BlueFace, Public Enemy are just a few amongst so many more who have given back whether through food, clothing, money, or benefit concerts.

Although America has tried to zoom in solely on the violence rapped in Hip Hop music and the vulgarity of the lyrics time and time again, Hip Hop has also shown to have a softer side too when it comes to serious issues like Health pandemics, Catastrophes, Education and much more.

Way to go Sleepy Hallow for continuing the good deeds!

2021 HipHopDX Rising Star Foogiano is still having music released even while behind bars.

Super-producer Zaytoven just dropped his Pack Just Landed Vol. 3 project on Friday (September 17) in which Foogiano is featured on the track, “Wolf.”

Big Foo has been incarcerated for almost seven months now, and in that time span his team has tried to keep his name as relevant as possible, especially through his Instagram.

Foo was arrested on March 11, 2021 in Memphis, Tennessee after being on the “run” since December 2020. The Georgia native allegedly burned off his court-mandated ankle monitor stemming from a previous firearm charge.

Local authorities booked him into the Shelby County Jail and branded him a “fugitive from justice,” where he has been held ever since.

Sheff G and Sleepy Hallow are two of 10 up-and-coming rappers named to HipHopDX’s 2021 Rising Stars! For more info on Sheff G, Sleepy Hallow and the rest of the talented Hip Hop bunch, read about them here.