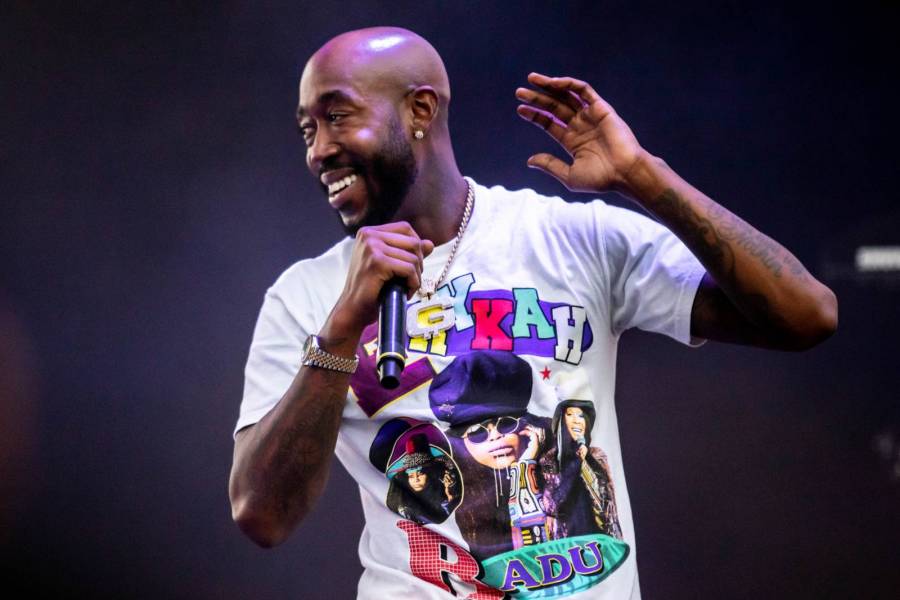 The second installment of the Adult Swim Festival took over Banc of California Stadium in Los Angeles this past weekend (November 15 and 16). The two-day event served up a melting pot of music and brought the Adult Swim television program to life.

Not only were there musical performances, but fans also got to experience things like a “Robot Chicken” panel with Seth Green, a giant, rainbow-colored Morty slide and a mechanical hot dog. Yes, a mechanical bull, but a hot dog.

The festival organization was definitely a hit, but what was more impressive was the brilliance in curation of the Hip Hop acts on the event’s agenda despite a last-minute cancellation from one of the more sought after names on the lineup — Young Thug.

The names of those who showed out Saturday might not be as familiar as say a J. Cole or a Kendrick Lamar, but they all still packed a punch with quality live performances. 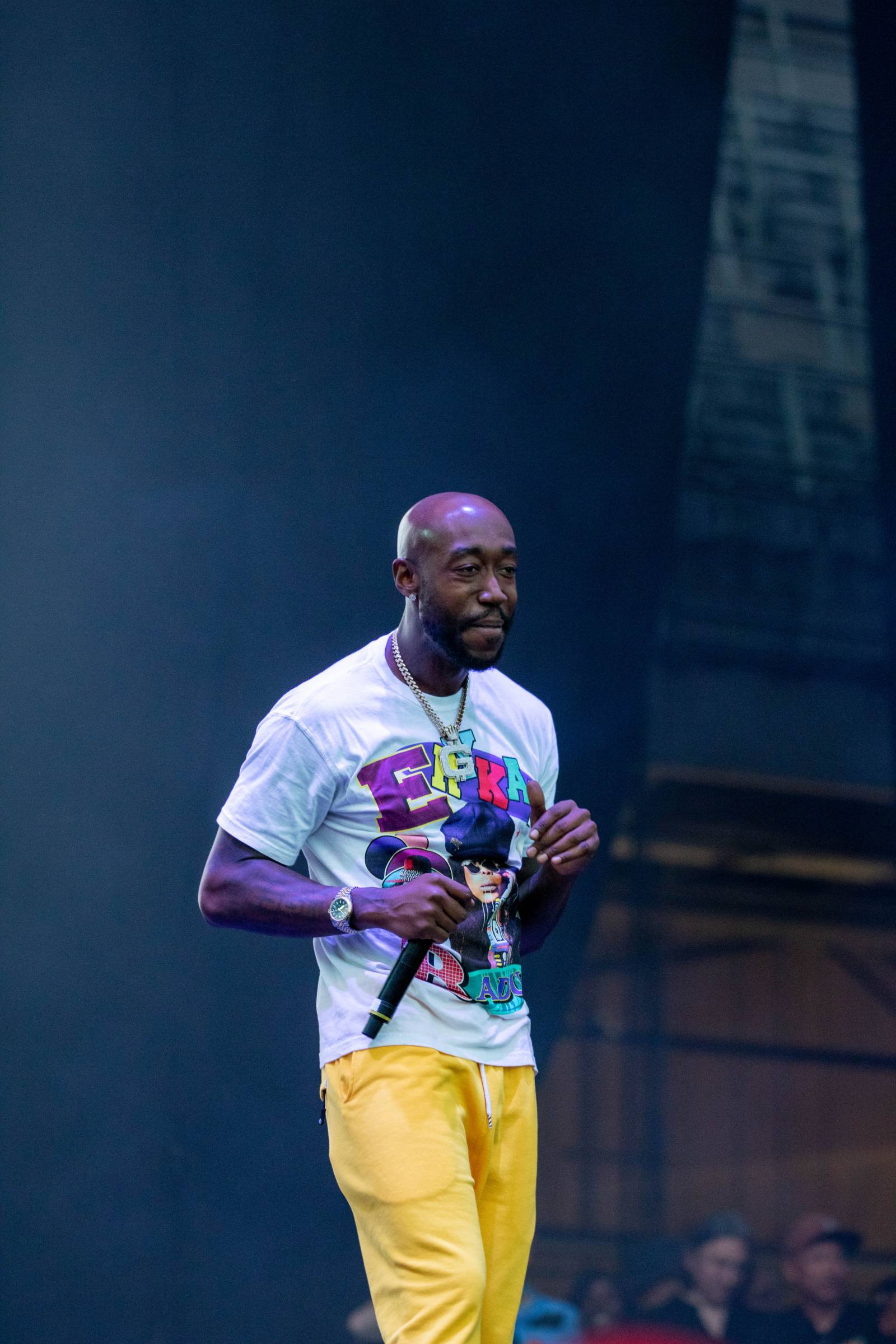 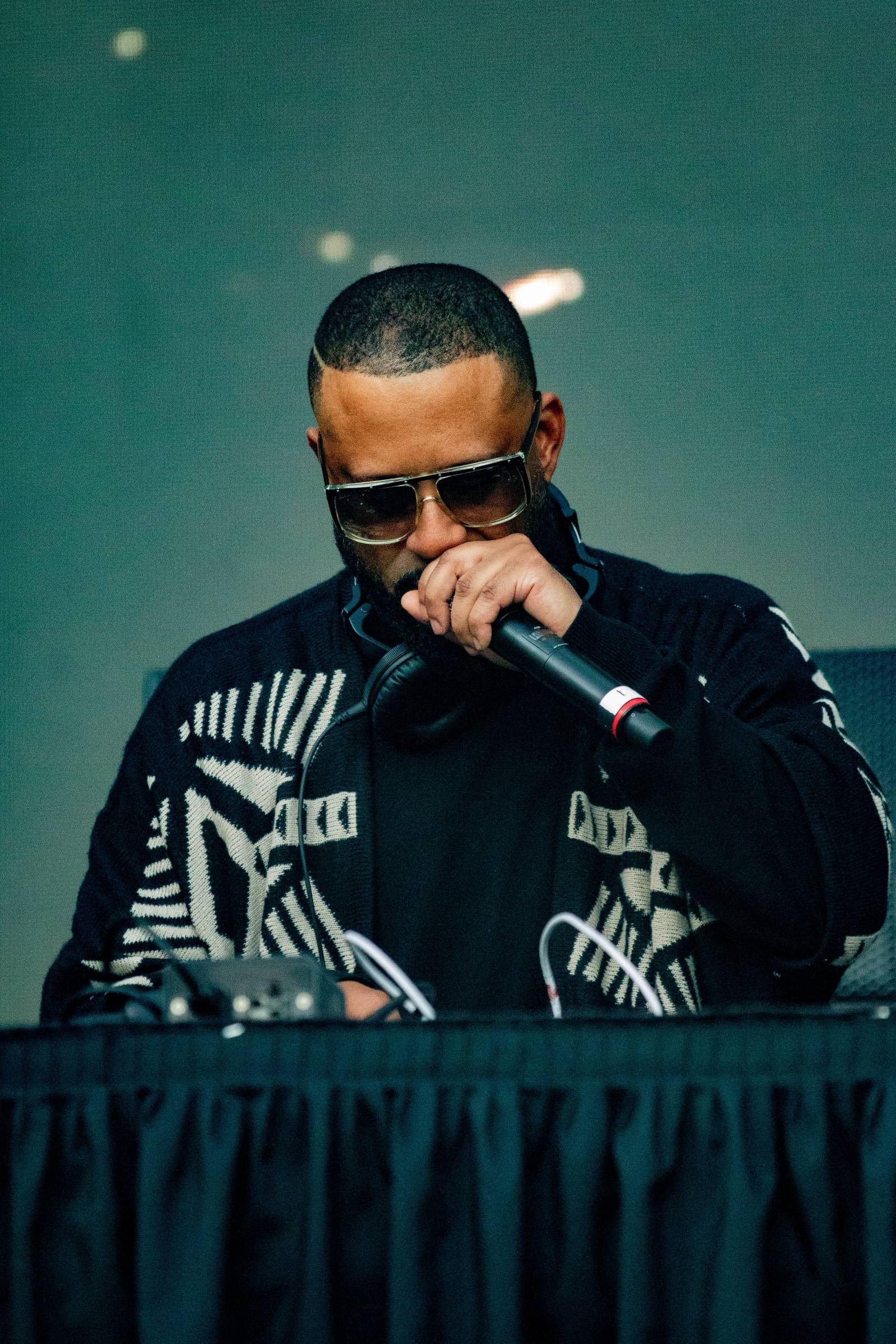 Arguably one of the most dynamic duos in Hip Hop, Freddie Gibbs and Madlib easily won the day’s top performance.

Dubbed MadGibbs, the two performed a grip of tracks off of their latest project, the critically acclaimed Bandana. They’ve dropped four EP’s and two studio albums and their great chemistry was evident.

Gibbs isn’t the type of rapper to be jumping all over the stage and yelling into the mic to hype up the crowd — simply put, he just doesn’t need to. The talent manifested through his delivery and flow, giving the crowd a healthy dose of an old school Hip Hop vibe.

Not only did the two put on a great performance, but both Gibbs and Madlib also kept the crowd laughing with hilarious comments in between songs.

At one point in the performance, Gibbs brought up how he had never been in a soccer stadium and that somebody once mistook him for a professional African soccer player.

Gibbs also brought his daughter along to the performance and Madlib jokingly guessed what was going through her head to the crowd, suggesting, “She’s probably thinking, ‘Y’all cheer like that for this guy? This is regular shit to me.'”

The combination of humor and talent was a recipe for the day’s most entertaining set.

In other news relating to MadGibbs, check out the duo’s latest music video for “Gat Damn.” 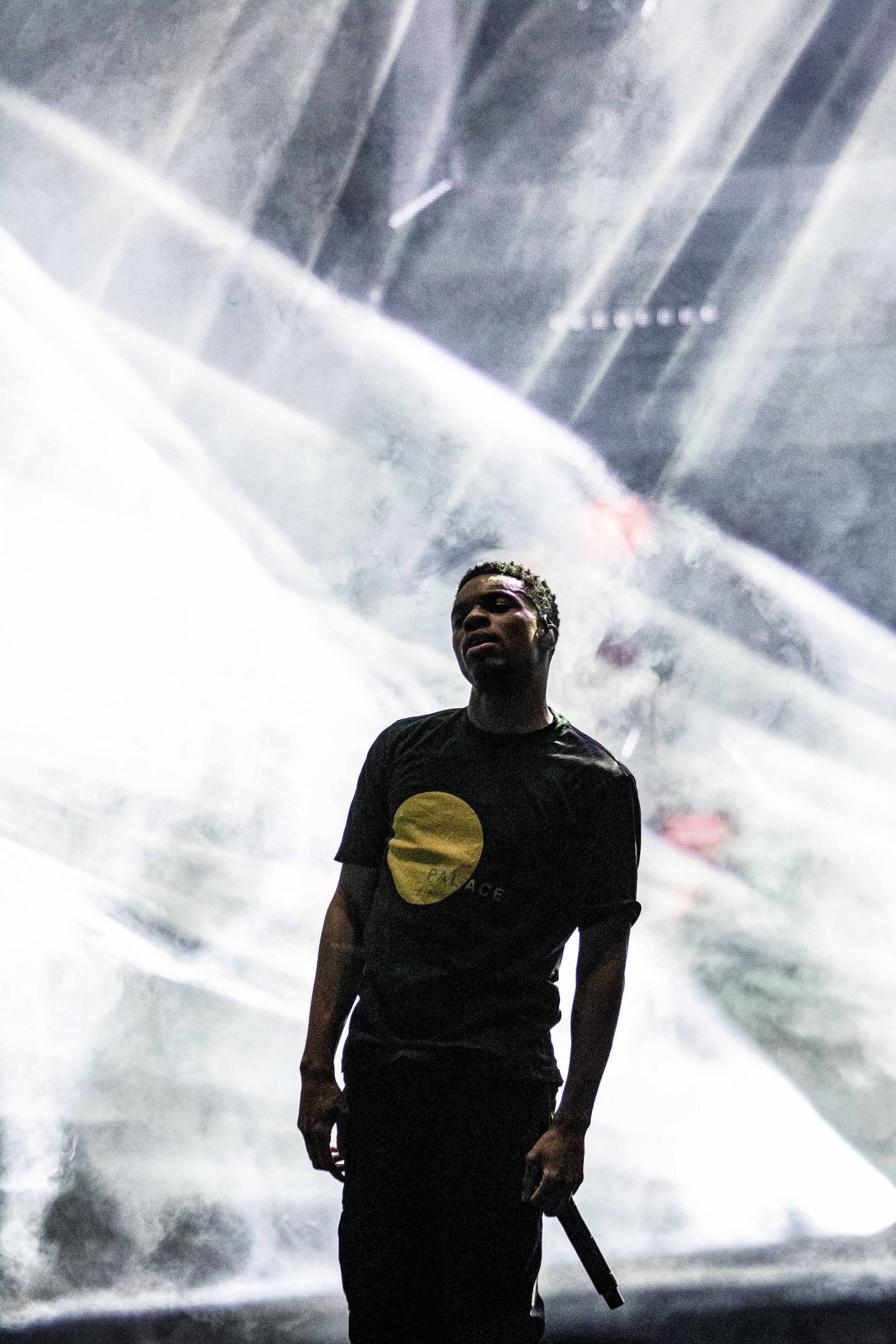 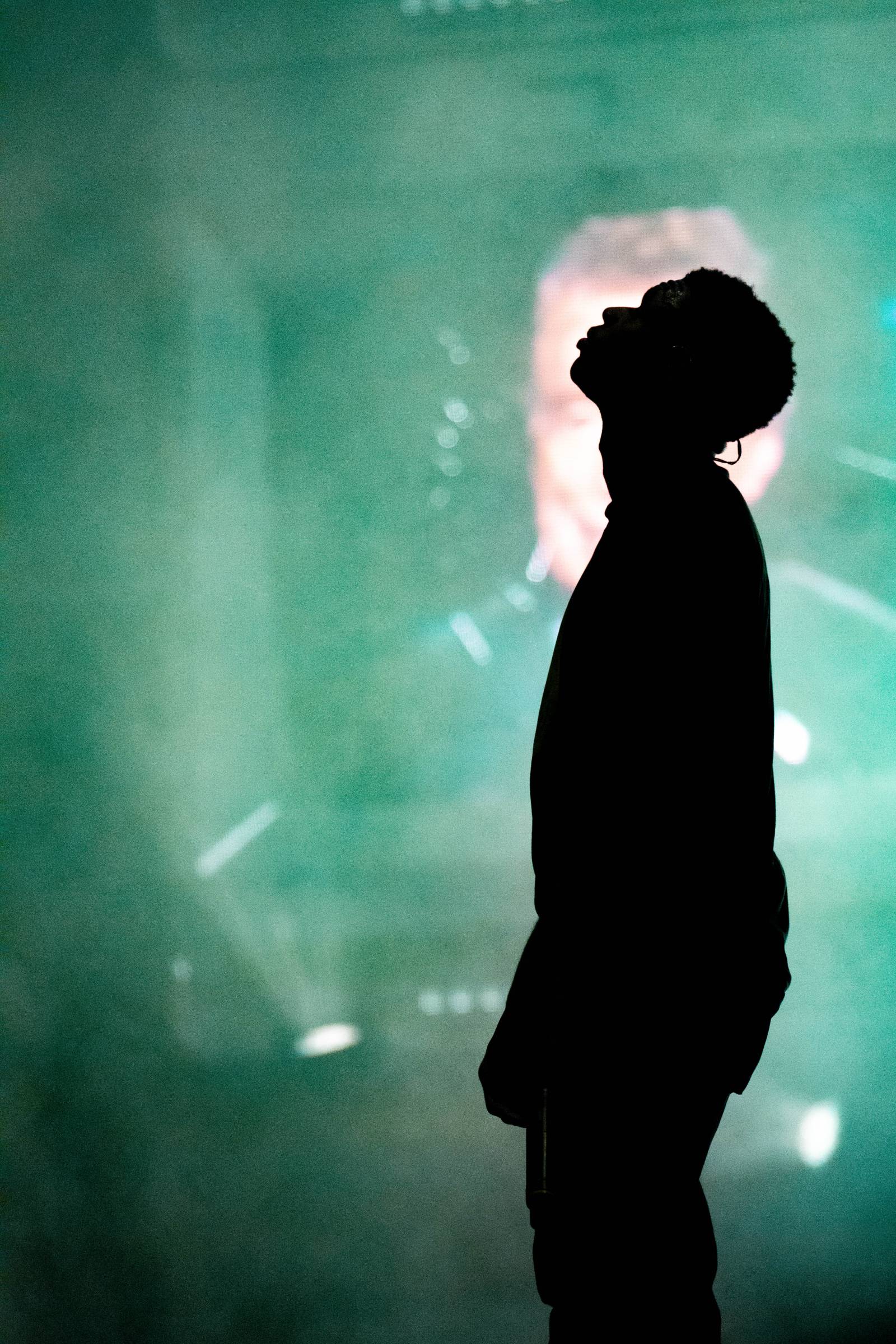 Northside Long Beach native Vince Staples brought the crowd into his mind with his hour-long performance.

Donning a patented all-black outfit while a haze surrounded the stage, Staples’ swagger stood out in everything he did.

The 26-year-old is fresh off off dropping the second episode of “The Vince Staples Show.” The skit was also a simultaneous release with one of his newest singles “Sheet Music.”

As for the performance itself, it was what you would expect from Staples — bass-heavy bounce in his music and his step.

Hits like “Yeah Right” and “Norf Norf” turned the energy up while he kept in serious character, never cracking a smile and glaring into the crowd.

“I can’t hear you,” Staples said to the crowd before they responded back with a hyped-up roar.

And while he doesn’t get the attention he deserves for his work that includes projects like Big Fish Theory and Summertime 06, Staples proved once again why he’s among the game’s brightest and most-respected, young stars. 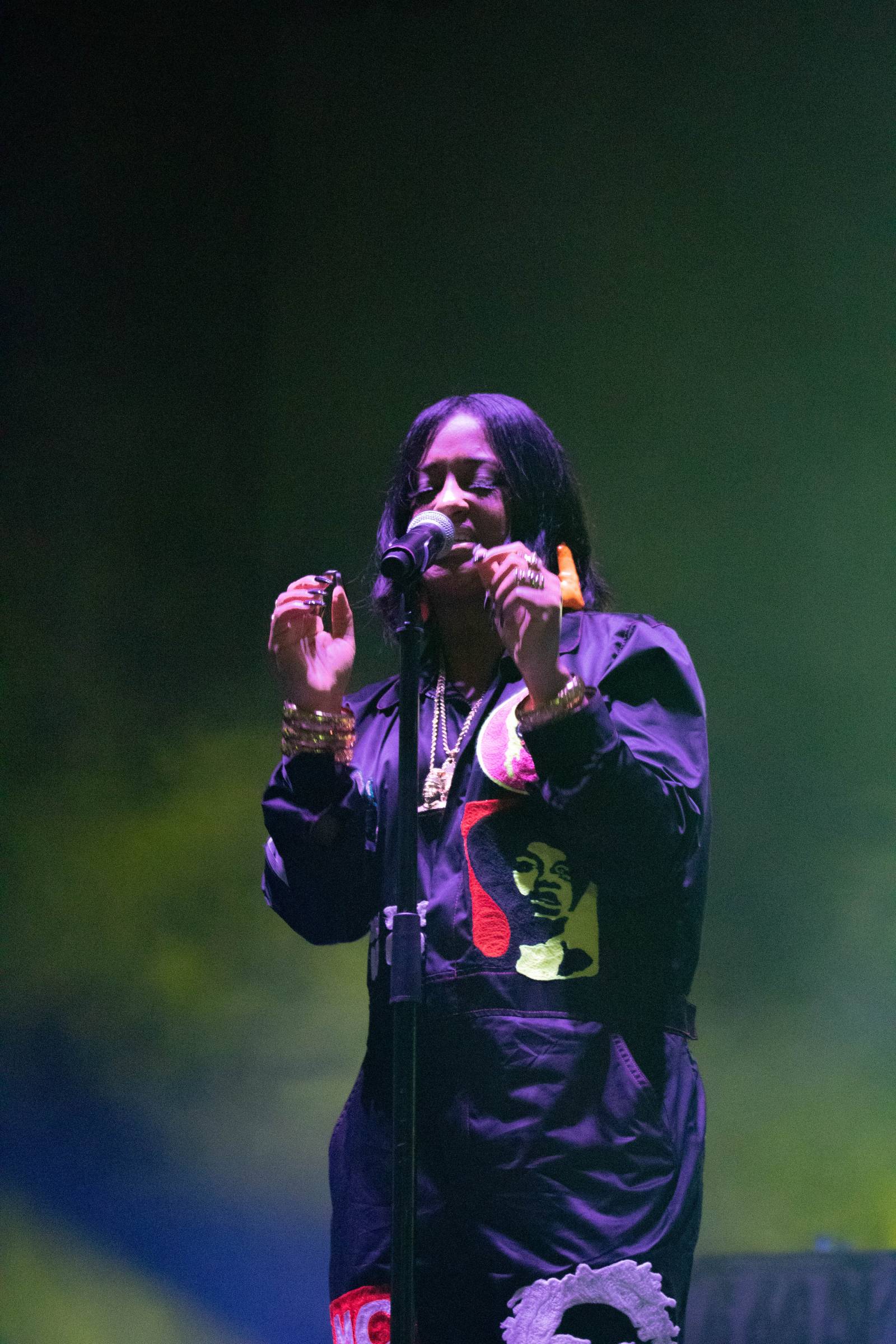 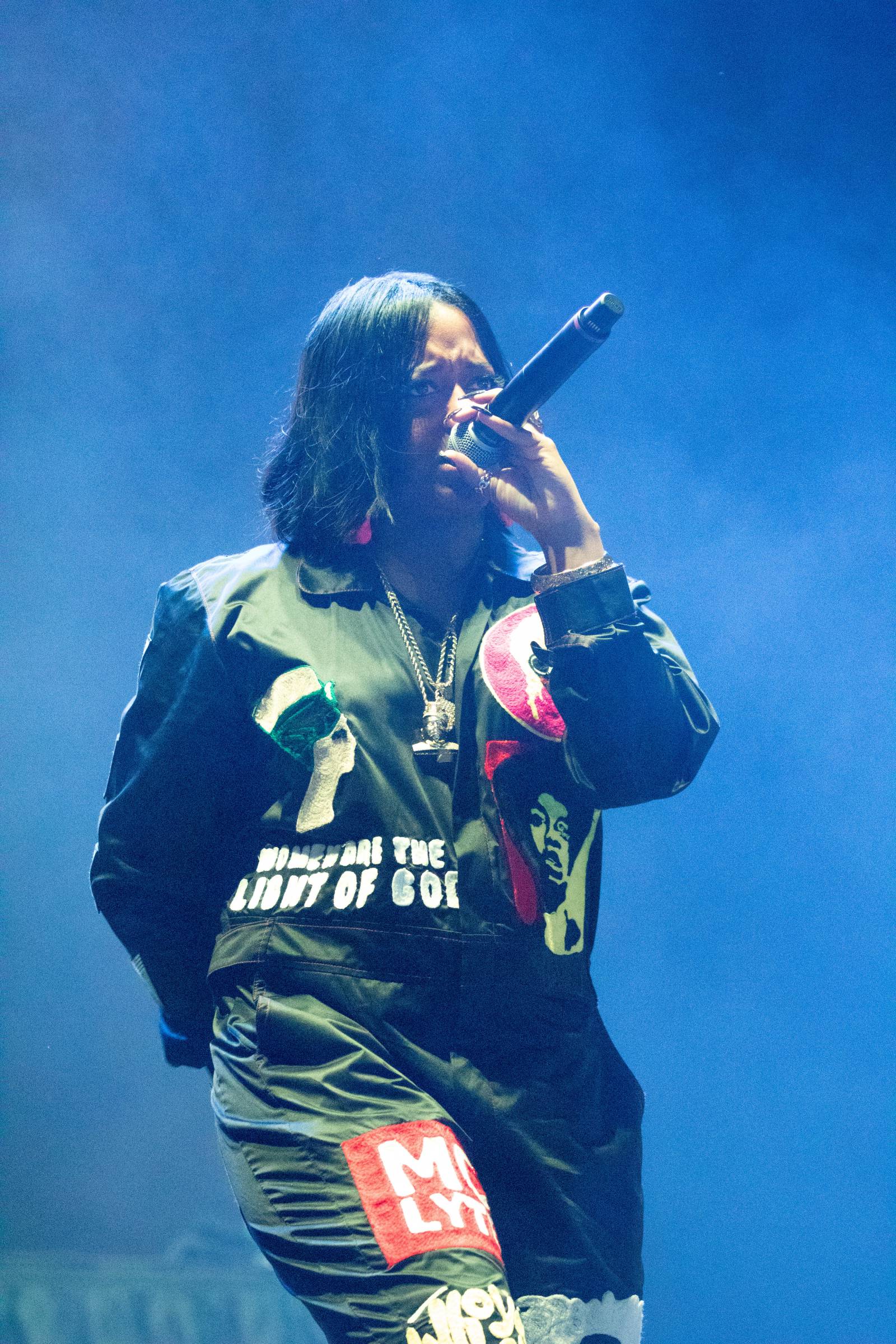 Taking the spot of the absent Lil Nas X, who along with Thugger canceled due to personal reasons, was savvy rap  veteran Rapsody.

Hailing from North Carolina, the rapper showcased an OG aura. She’s been in the Hip Hop game for about a decade, with her career dating back to her time with the collective H2O at North Carolina State University and as a member of Kooley High.

The Roc Nation rapper dropped her third studio album Eve earlier this year and the 16-track project solidified her status as a staple, especially among other female rappers.

Rapsody’s performance mirrored what her music is all about — raw emotion and the real-life trials and tribulations that black women go through. 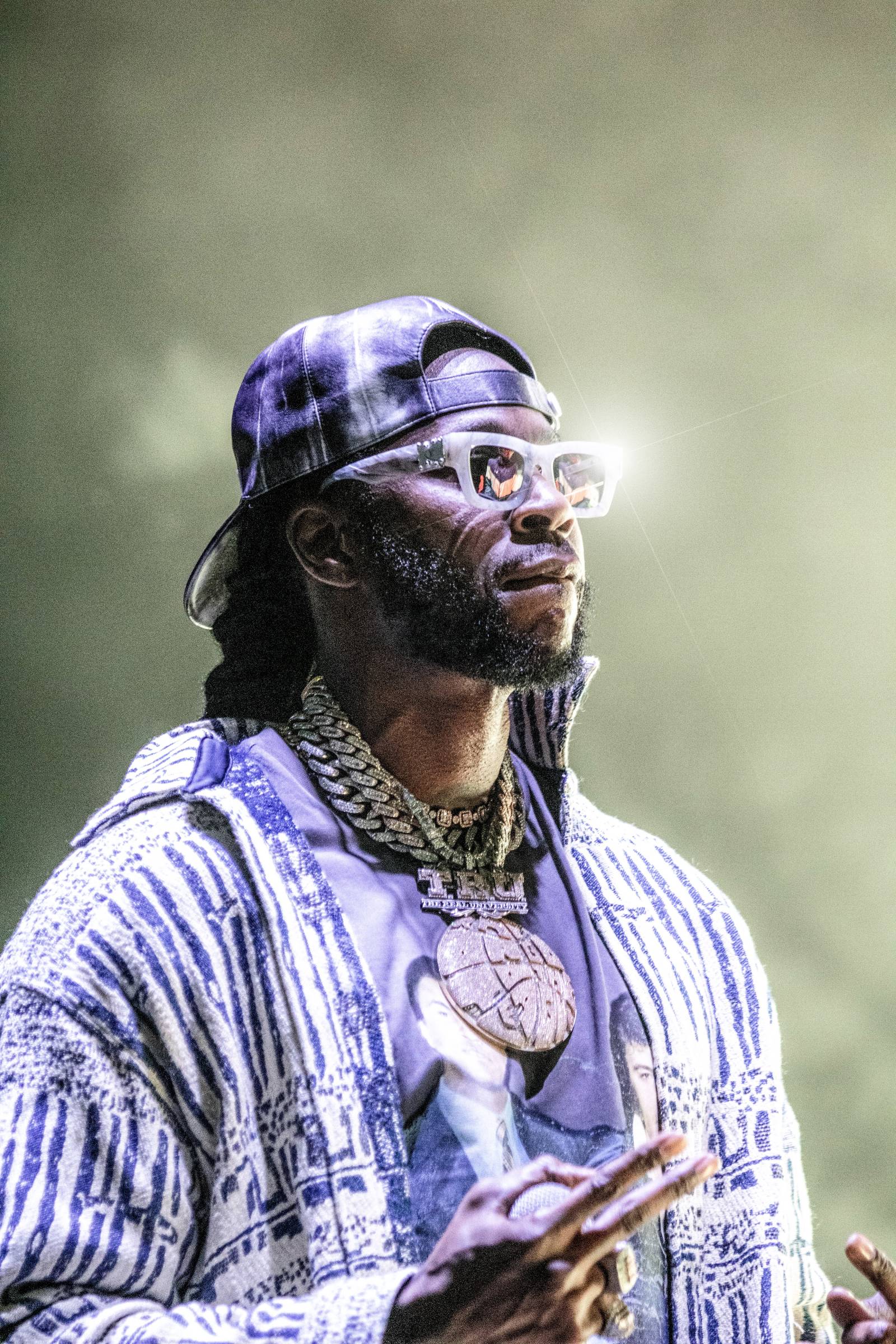 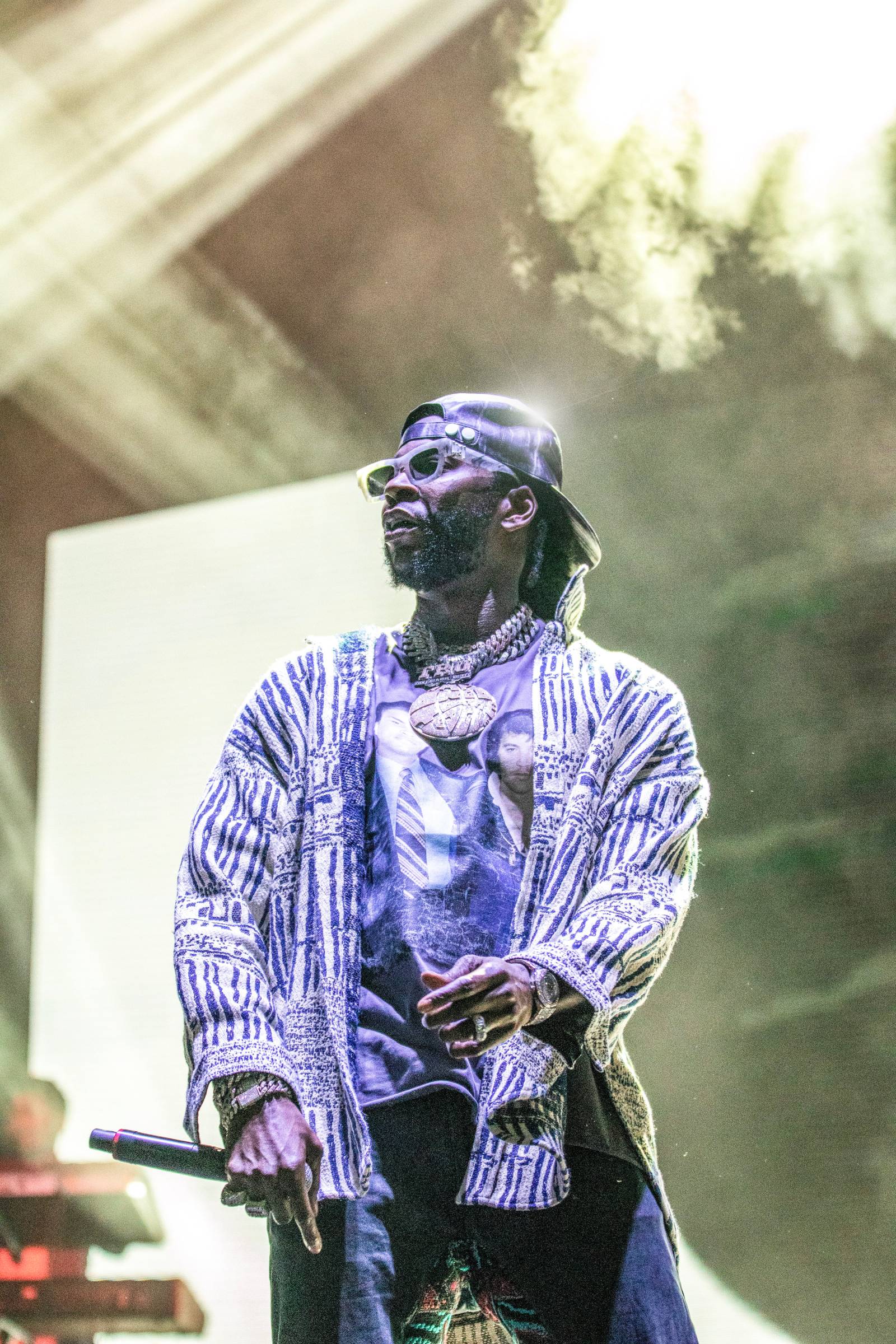 East Atlanta was in the building as 2 Chainz reminded everybody of his musical prowess. Formerly going by Tity Boi, the Grammy-winning rapper showed up to Banc of California Stadium completely iced out, per usual.

Don’t be fooled by the jewelry into thinking it’s some sort of gimmick as 2 Chainz’s work ethic  has kept his successful career prolonged.

He’s had his hands on so many hits that it’s not unusual to forget which tracks he’s been apart of. Just take a look at his discography: more often than not, his work finds itself on the charts.

It seemed as if everybody in the crowd was familiar with every song in his set. He performed verses to popular joints like “Big Bank,” “It’s A Vibe,” “Birthday Song” and “Mercy.”

And in a testament to his grind, once the rapper finished his set, he immediately hopped on a plane to Las Vegas, where he headlined at Drai’s Nightclub.

Picked up two big backends yesterday!! This was the first show for the @adultswim festival 🚀 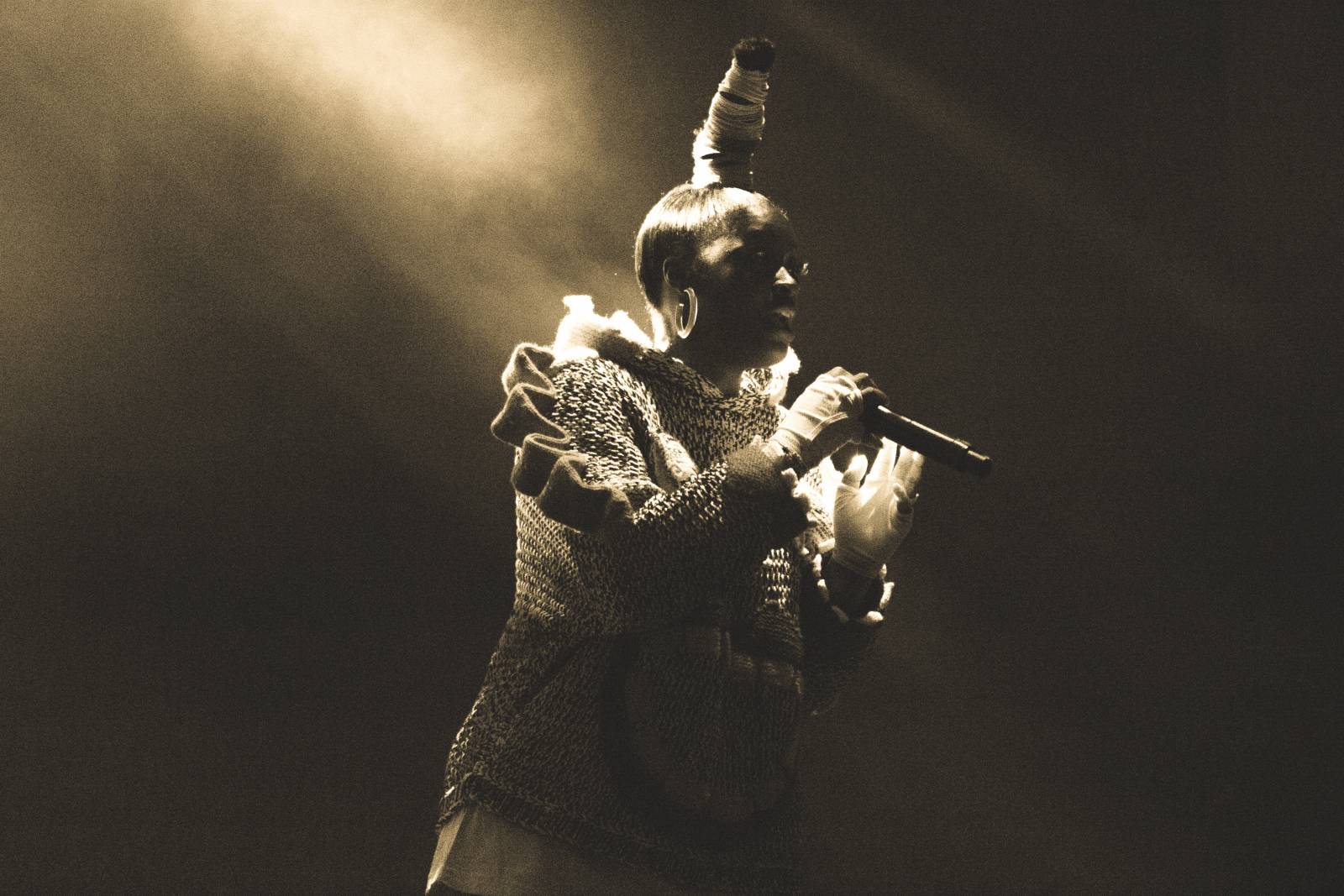 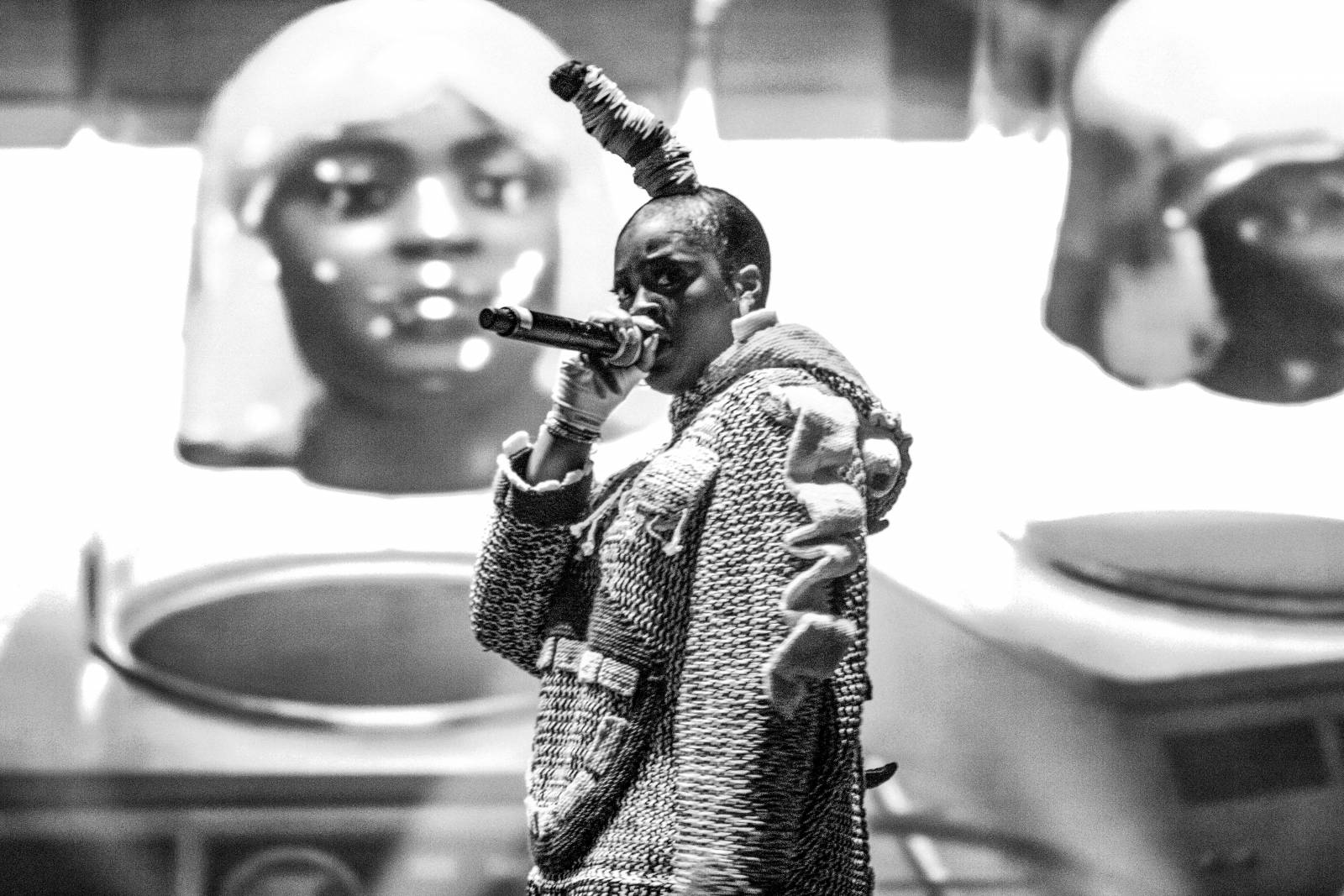 25-year-old Tierra Whack brought her stand-out theatrics to the Adult Swim stage, sporting an outfit that was in-your-face and out-of-the-ordinary.

Her quirkiness is what differentiates her from other female artists. In between songs, the Interscope artist randomly began hyping up the crowd, telling them to yell out “happy birthday,” which of course, they happily did despite not knowing why.

Most recently, she rose to fame after putting out Whack World in 2018. The album features stand out hits like “Hungry Hippo” and “Pretty Ugly,”

In her flashy get-up, Whack showed off her versatility: she spit a few bars, hit a couple of notes and most importantly, controlled the crowd.

On the humorous side and in a reference to the music video for her single “Unemployed,” a potato with a face on it appeared on the big screen during the performance, inducing scatters of laughter from the crowd. 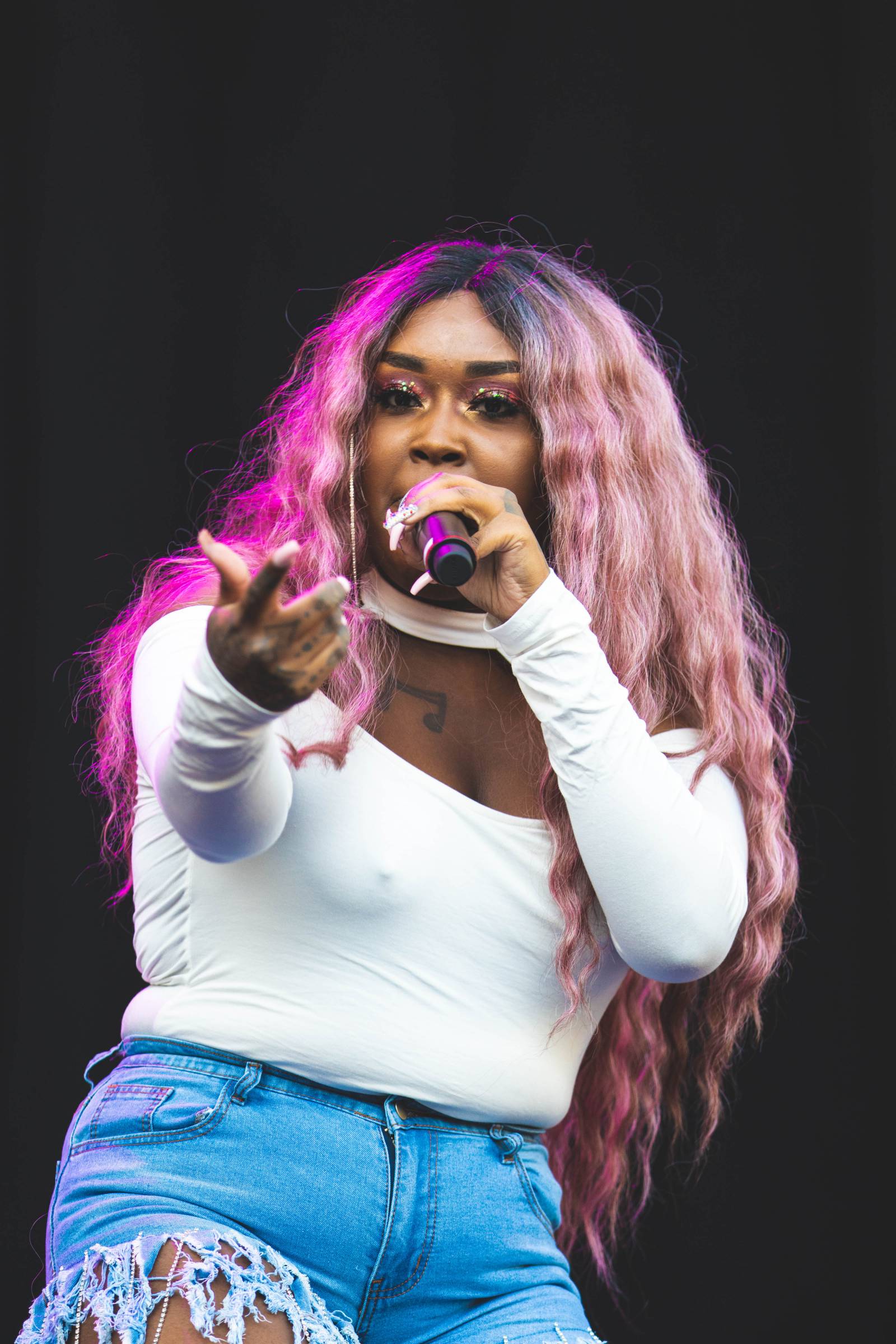 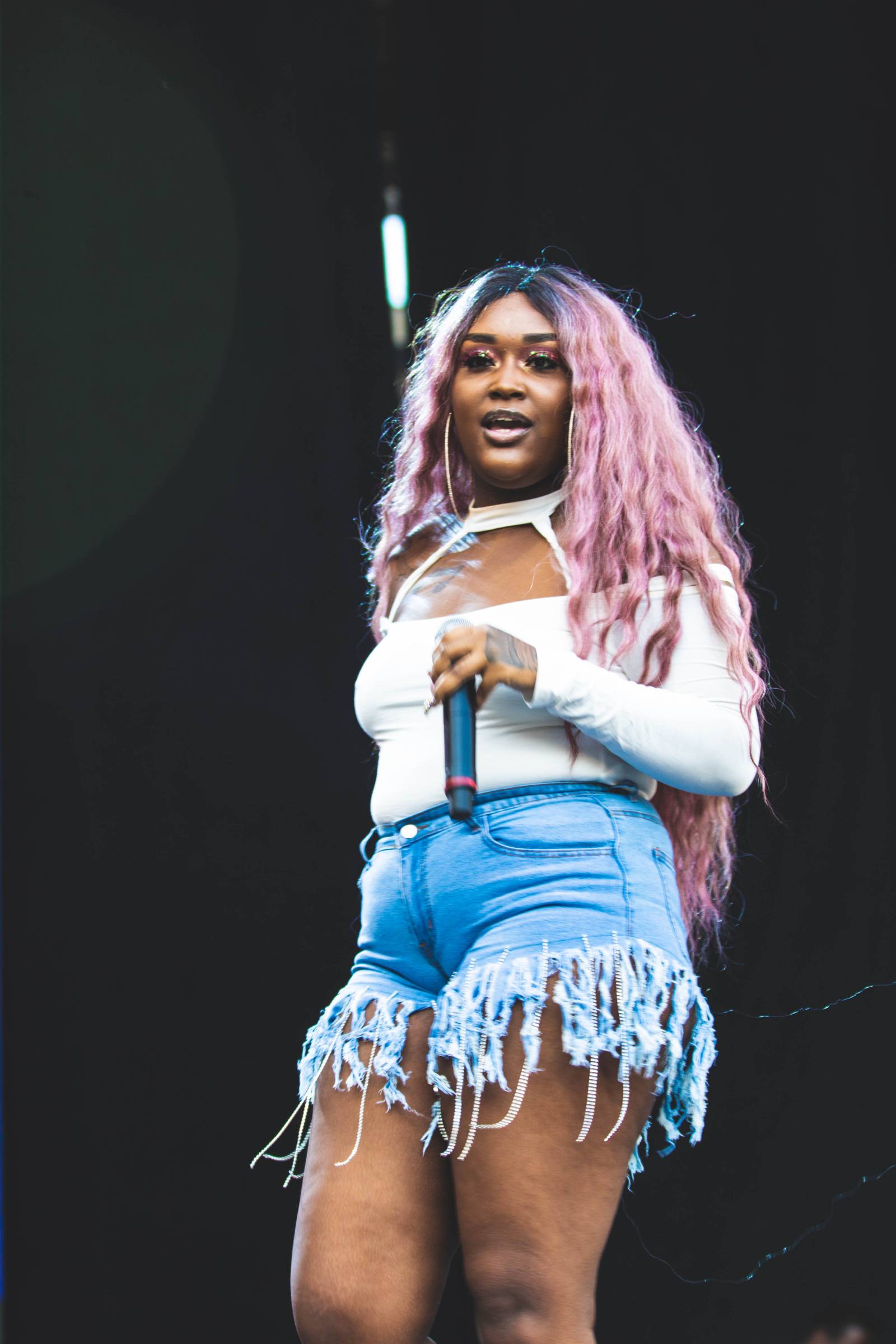 Rounding out the list of female rappers to perform on day 2 is Chicago’s very own CupcakKe.

In a now-deleted tweet, the 22-year-old broke out of her social media inactivity, stating that she would be coming back to music

But there seemed to be no problems on Saturday, as the rapper was in high spirits and back to her normal self. She even called out somebody in the crowd who was giving her the middle finger.

Shout out to @CupcakKe_rapper for calling out this wack ass dude with the crooked glasses at Adult Swim Fest pic.twitter.com/wm1WFKo6JN

And the verdict is…

From the venue setup to the plethora of activations, the musical selections showed that festival planners had fine-tuned an already-amazing experience.

And while it might not be as massive as a Coachella or Rolling Loud, it’s already established itself as one of the more respected festivals in Southern California. It’s clashing of music, comedy and adult-oriented television programming distinguish itself from the rest.

With this year’s edition of the festival boasting little to no problems, expect Adult Swim to go even bigger and better for next year.

A HUGE thank you to everyone who joined us this weekend at AS Fest 19. We had too much fun partying with y’all ❤️❤️