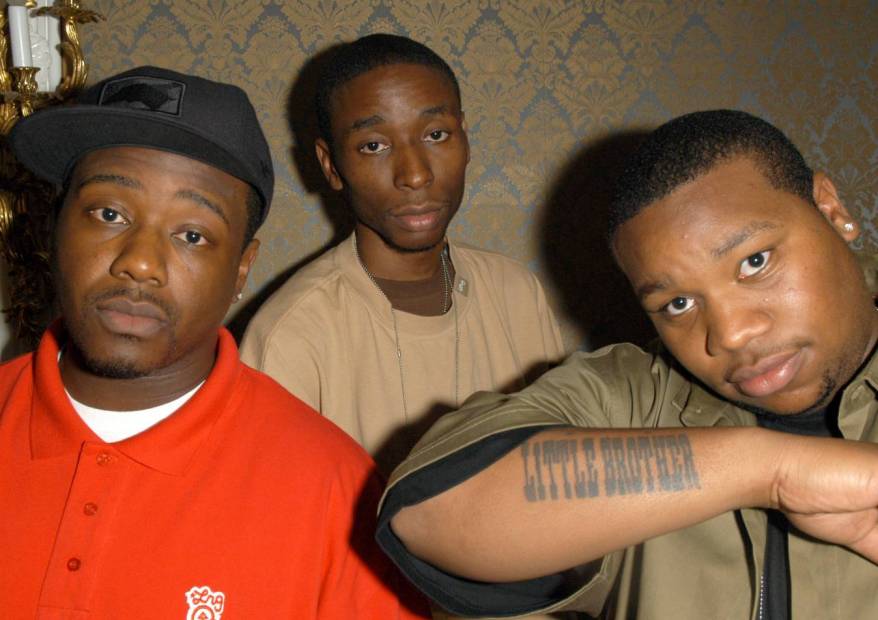 The Carolinas appear to be having their own Hip Hop renaissance these days. With the continued dominance of J. Cole and the rise of fresh new faces like DaBaby and Lute, the Carolinas’ often forgotten flag is getting a moment to wave in rap’s tornado-like winds.

But on Tuesday (May 21), it was announced that Little Brother, the iconic underground rap pack from North Carolina, are working on new music and a subsequent tour. Like they have since 2007, Phonte and Rapper Big Pooh will carry on the group’s legacy without 9th Wonder, who currently runs his Grammy-nominated Jamla Records imprint.

Part of this anticipation would naturally be to run straight to a preferred streaming service and revisit all those classic Little Brother moments. From The Listening to Leftback and everything in between, LB has provided some of rap’s best lines and life lessons.

Below are their 10 best tracks.

One of Little Brother’s superpowers was to articulate grown man rap – or better yet – every man rap. Phonte and Big Pooh were hardly draped up and dripped out in dazzling diamonds and rapped verses that the everyday person would relate to. “Dreams” hammers home that narrative and showcases Phonte and Pooh juggling their routine responsibilities as well as their rap game aspirations. The chorus on this track is also one of their most powerful as it shouting “Momma I got dreams, but dreams don’t keep the lights on.”

The group’s 2003 debut The Listening could have been considered a commercial flop but still received critical acclaim from underground Hip Hop heads who related to their real life rhymes. “Away From Me” serves as one of The Listening’s deepest songs as it digs into the psyche of a man separated from someone he loves. Pooh raps about being away from his troublesome blood brother while Phonte raps about being away from his newborn child. Both rappers get so introspective, at times, it feels like they’re reading straight from their diaries. If the lyrics of love and longing don’t evoke tears, 9th’s beat will bring on the waterworks.

“Speed” isn’t only an introspective rap cut that touches on life’s dizzying pace but it was also the very first song the group ever recorded together. Becoming one of the more popular songs on The Listening, this was the track that truly became the group’s “everyman” rap calling card. Phonte depresses and dazzles with one fell swoop with lines like “It’s afternoon I’m talking shit to my alarm clock/Cause I gotta face this world of capitalistic onslaught/Don’t stop when I jump in the whip, trying to get it off/Beltline got me rushing like Baryshnikov.”

LB never felt like they truly got their just-do as a pioneering rap group and they make that known on “Not Enough.” It’s one of the rare cases in which Phonte and Big Pooh go back and forth over 9th’s soulfully sampled production that bellows out “Seems like whatever I do is not enough for you” to those most unappreciative. They careful flex how hard and long they’ve been working on perfecting their rap craft and as Big Pooh puts it “as long as Te and I on the mic/And 9th is on the percussion, these fronting dudes can’t say nothing.”

On LB’s 2007 album Getback they opted to lock in with some different producers for an alternative bounce. !llmind provided a triumphant touch to “Good Clothes” and unlike some of their more serious subject matter of the early 2000s, they rapped about heading to mall and copping nice clothes. Phonte details the simple pleasure of his $40 outfit with lines like “Slacks and polos, you better watch that/Boy in Durango’s, blazer, and mock neck/Almost broke but you still gon’ see him/At the T game pimpin through the Greensboro Coliseum”. It’s one of LB’s most frivolous tracks that is lighthearted while still reinforcing their “everyman” southern aesthetic.

LB rapped firmly and consistently about their struggle with the women in their lives. Whether it was charming women back to their mothers’ futon after a party or having custody battles with their baby mothers, Tigallo and Pooh knew a thing or two about the fairer sex. “I See Now” is one of those memorable tracks that tackles the intentions of trifling women they encounter at home and on the road. They get an opening verse from none other than Kanye West who delivers one of his strongest verses while bigging up 9th Wonder “I can’t front man, you got some hot beats.”

“All For You” is easily LB’s most intricately layered song that plays out more like a screenplay than a song. 9th provides yet another astute soul sample on which Te and Pooh “get some shit off their chests.” That “shit” is the toxic merry-go-round effect that plagues broken families. Pooh raps from the perspective of a child whose father left early in his life while Phonte’s verse is rapped from the viewpoint of that very father in early-life crisis. The track leaves listeners with a detailed look at how cyclical family relationships can end up becoming.

Aside from their four studio albums, LB also put together six strong mixtapes including 2006’s Separate But Equal. The tape’s most bar-centric track “Boondock Saints” is truly just four minutes of straight composite notebook rap. With no chorus, theme or overarching idea, Phonte and Big Pooh get to puff their chests and talk their shit… or as Te calls it “raw facts.” His verse as a whole is scripture-worthy but lines like “And truth about life and the things I’m dealing with/Black folks saying that I’m too intelligent/And white folks saying I’m a little too niggerish/It got me in a strange predicament” perfectly sum up his qualms and convictions with Hip Hop’s audience.

What made Little Brother such an essential part of Hip Hop’s enlightened zeitgeist was their ability to put emotions into words (that rhymed nonetheless). “Slow it Down” off The Minstrel Show was a beautiful breakdown of a man’s complex relationship with women. Big Pooh opens the dialogue with his heart on his sleeve provided by lines like “I’m trying to man up see whats really good with you/Gentleman’s approach, not bring it hood to you” while Phonte perfectly articulates man’s ultimate romantic dilemma: “I want a girl, when I want a girl/And when I don’t want a girl/I want a girl who understands that/And that’s some hard shit to explain.”

The Minstrel Show is often regarded as LB’s best, most cohesive album and its lead single “Lovin’ It” is one of the reasons why. Over what is arguably 9th Wonder’s most quintessential boom-bap beat, Phonte and Big Pooh get off their best brainy bravado with a little help from crew member Joe Scudda. Not only did the quick-witted bars like “Yo, when ‘Te pulls his verses out/Promoters pull their purses out” hit home but they also confirmed they were sticking together. Since their 2003 debut fans and critics assumed Phonte would quickly go solo but on this track he ices the haters with “Thought that I would switch my personnel/Like Big Dho and Big Pooh would be the first to bounce/But y’all niggas is boring me, I’m never gon’ change up.”