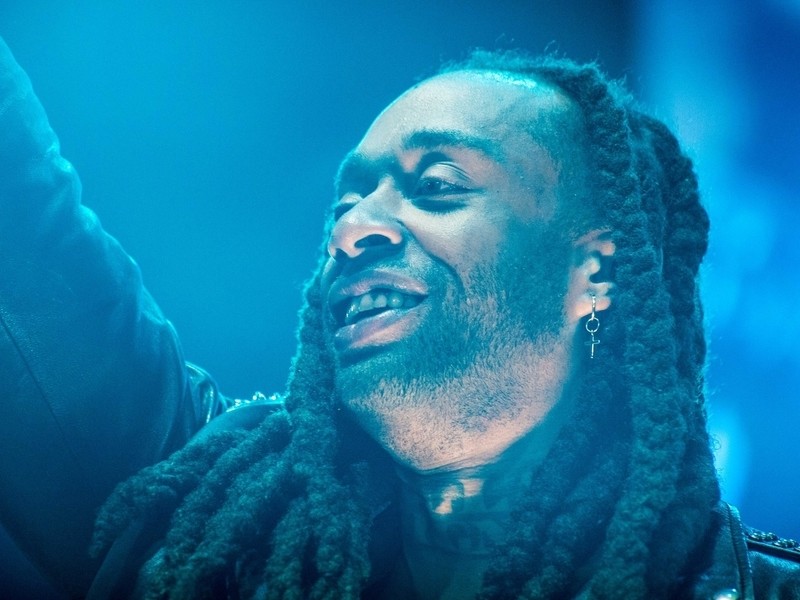 Drake’s highly anticipated Scorpion solidified a few things, including his admirably firm stranglehold on streaming platforms and Billboard charts. However, it also low-key proved that without a shadow of a doubt, LA superstar Ty Dolla $ign had become Hip Hop’s (not-so) secret weapon who arguably gives the best features money can buy.

He’s been putting in work, with a hefty collection of A-list features in 2018 — notably Post Malone’s “Psycho,” Khalid’s “OTW,” and Christina Aguilera’s “Accelerate,” but this past June pushed him over the edge as he appeared on ye, Kids See Ghosts, K.T.S.E. and Scorpion.

His dominance has not been lost on listeners.

Is Ty Dolla $ign the most undefeated feature of all time?

Ty Dolla $ign be on EVERYONE album!

Ty Dolla $ign should be the new Chris Brown but y’all only want him to be Nate Dogg ?

so basically 2018 is the year of everyone using ty dolla $ign for backing vocals huh?

Ty Dolla $ign is far from a new artist and has been providing notable flame emoji features since 2010. Although, it seems his 2018 run is waking up a section of the public that had still been sleeping on him.

The question is, are features putting him in a box?

What we not finna do is disrespectful Ty Dolla $ign solo music. https://t.co/JuCpyToCWD

His prosperous 2018 has been drawing comparisons to a particular West Coast OG who was also known for bodying any feature he was on — Nate Dogg.

Nate is mostly revered as an icon, having appeared on projects like Dr. Dre’s The Chronic and 2001, 2Pac’s All Eyez On Me, 50’s debut Get Rich Or Die Tryin’, and many (many) more. His features though, proved to be much more lucrative and — in the context of his legacy — more memorable than his three studio albums, none of which managed to achieve the commercial success of the breakout single “Regulate” with Warren G, nor the numerous platinum singles he managed to make better with his unique brand of G-Funk.

So far, Ty seems to have had a better solo run. His Free TC debut achieved gold certification, spawning platinum singles like “Blasé” and “Wavy,” and helping to establish him commercially as a solo act. However, his remarkably solid 2017 effort Beach House 3 — with “Love You Better” featuring Lil Wayne and “Ex” — had only minor Billboard buzz, peaking at No. 11 but now sitting at no. 155 on the latest Billboard 200 after 19 weeks.

Still, that’s a huge rise for someone who started as a DJ who didn’t even mix.

We use to DJ parties around LA with one turntable and a muthafucking mixer,” he told DX back in 2016. “This was before Serato. We would go to parties and niggas would pay us $600 to $1,000 dollars. Everybody else was making $300. Like how are you niggas doing this? I swear to God I’d put on a record and as soon as the song would end because I couldn’t mix it as I had one turntable, I’d just talk shit and make everybody laugh while my mans picks the next record to throw it on. I been in this shit forever man.”

Whether his features ultimately overshadow his larger bodies of solo work in the long term remains to be seen, but the mass amount of people who seem to now be on the wagon could prove to be fruitful for the singer. For example, 2015’s “Wavy” was just certified platinum this past January, meaning his guest spots are helping bolster his current catalog.

With his “Pineapple” record getting a lot of love, his upcoming collaborative project MihTy with Jeremih on deck, a collaborative project Teyana Taylor just announced, and current status that rivals Lil Wayne’s feature run in his heyday, Ty is looking to have a great year — and summer is just starting.

We’ve taken the liberty of compiling 10 of his most significant features of 2018 (so far). Check it out below.