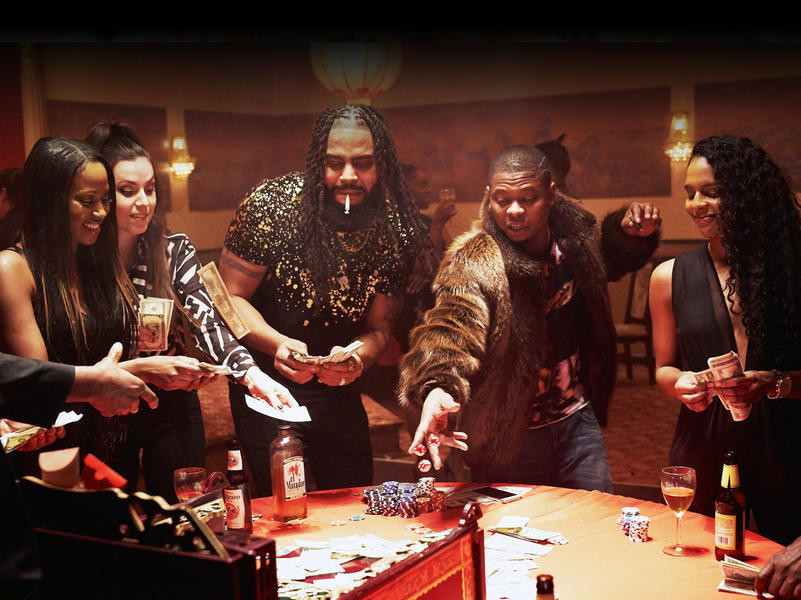 Who’s basking in the sunlight now that the 2018 summer solstice is here? It’s time to look forward to the other big budget entertainment hitting the big screens across the country this summer.

Below, we’ve compiled 10 films that run the gamut of action to comedy. There’s a little bit of something for everyone. Be sure to find that friend with an extra MoviePass so you don’t miss any of them.

After Danny Ocean and (growing) company had his run for three movies, his sister Debbie Ocean assembles her own team to rob the Met Gala in New York City. Their target is a set of diamonds belonging to Anne Hathaway’s character. Led by Sandra Bullock, the squad includes Rihanna, Awkwafina, Cate Blanchett, Mindy Kaling, Sarah Paulson and Helena Bonham Carter. There will be a load of other celebrity cameos including Matt Damon and Carl Reiner reprising their roles as Linus and Saul. It’s highly unlikely that Rihanna will appear in anything similar to what she wore to this year’s Met Gala.

This remake of the 1972 blaxploitation film Superfly takes place in Atlanta, not NYC, and follows the main character as he plans on more big score before getting out of the game. In this remake there is the added level of cryptocurrency in the illegal business. Famed rap music video director, Director X, is involved along with Future handling the soundtrack. The cast includes Trevor Jackson playing lead, Jason Mitchell, Michael Kenneth Williams and rapper KR. There are also appearances from Rick Ross, Future and Outkast’s Big Boi.

While we’re at it, check out the soundtrack which lives up to its star-studded billing.

The next installation of the Jurassic series has Chris Pratt’s and Bryce Dallas Howard’s characters returning to Jurassic World four years after the park shut down. They believe they’re sent to save any remaining dinosaurs, including the raptor Blue, from being wiped out from an active volcano but find out scientists have bigger, ulterior motives at hand. As usual, it’s to create some kind of ultimate dinosaur that is most likely a killing machine. Jeff Goldblum also makes his return as Ian Malcolm. How many more of these can they really make?

What started out as a Pepsi Max webseries has morphed into a full-fledged feature presentation. Kyrie Irving plays Uncle Drew, who is putting his all-star team together to enter the Rucker Classic streetball tournament in Harlem. He is actually helping out Lil Rel Howery’s character who originally entered the tournament but lost his team to the antagonist (played by Nick Kroll). The rest of Irving’s team includes Shaquille O’Neal, Chris Webber, Reggie Miller, Nate Robinson, and Lisa Leslie. And yes, they’re all in heavy makeup and costumes so they appear to be senior citizens. Be prepared to hear “young blood” a lot.

Don’t sleep on the Hip Hop-heavy soundtrack, either.

This Marvel film is set to take place after Captain America: Civil War, as Paul Rudd’s character Scott Lang is under house arrest and trying to be a better father. But since the villain Ghost steals Pym technology, Hank Pym (Michael Douglas) and his daughter Hope van Dyne a.k.a. The Wasp (Evangeline Lilly) convince Scott to help. Michael Peña will provide a lot of the comedy relief while T.I. will also be returning as a member of Lang’s crew. This is the 20th film in the Marvel Cinematic Universe, and obviously far from the last.

Sorry To Bother You

Boots Riley’s directorial debut stars the Atlanta, Lakeith Stanfield, as he works his way up the corporate ladder as a telemarketer. His secret weapon is mastering his “white voice” and buying into the system. The cast includes Tessa Thompson, Jermaine Fowler, Omari Hardwick, Terry Crews, Patton Oswalt, David Cross, Danny Glover, Steven Yeun, and Armie Hammer. It premiered at the Sundance Film Festival earlier this year.

The second documentary on the tragic rise and fall of famed icon Whitney Houston will feature interviews with L.A. Reid, Clive Davis, Bobby Brown, Bobbi Kristina Brown, Cissy Houston (Whitney’s mother), and many more. It will cover her everything from mother’s upbringing to the tumultuous relationship with Bobby Brown to her legacy. It’s directed by Kevin Macdonald, who also directed documentaries on Bob Marley, Mick Jagger, and the Chinese artist Cai Guo-Qiang. The film was viewed at the Cannes Film Festival this year.

Daveed Diggs (Hamilton, CLPPNG) and Rafael Casal play longtime friends and movers in a part of the Bay Area’s gentrification sector. Daveed’s character is also a convicted felon on his last three days of probation who witnesses a cop shoot a black man on the run. Themes of class and race play heavily into the plot. It also appears that some spoken word will be featured, which plays into Daveed’s strength as an MC. The screenplay was written by Diggs and Casal over a period of nine years. The film premiered at the Sundance Film Festival this year.

The newest Spike Lee joint is based on the Ron Stallworth book Black Klansman. John David Washington plays a black detective in 1970s Colorado who infiltrates the Ku Klux Klan in order to prevent a planned KKK attack. Adam Driver then plays the detective when they need to meet in person. Jordan Peele signed on as a co-producer and actors Topher Grace, Corey Hawkins, Alec Baldwin, and Laura Harrier will so co-star. The film premiered at the Cannes Film Festival and won the Grand Prix, which is the second most prestigious award at the competition.

Director Crystal Moselle (The Wolfpack) tries her hand at her first feature narrative which is centered on NYC skate culture. The protagonist Camille, played by Rachelle Vinberg, is a Long Island girl who joins an all-girl skate collective in Manhattan called Skate Kitchen. Through the local scene and a chance bodega meeting, she falls for another skater and photographer played by Jaden Smith. The film follows the rest of their adventures as they explore the city. Like many films on this list, it was shown at the Sundance Film Festival this year.

Let us know which film (if any) you’re looking forward to seeing the most in the comment section below.