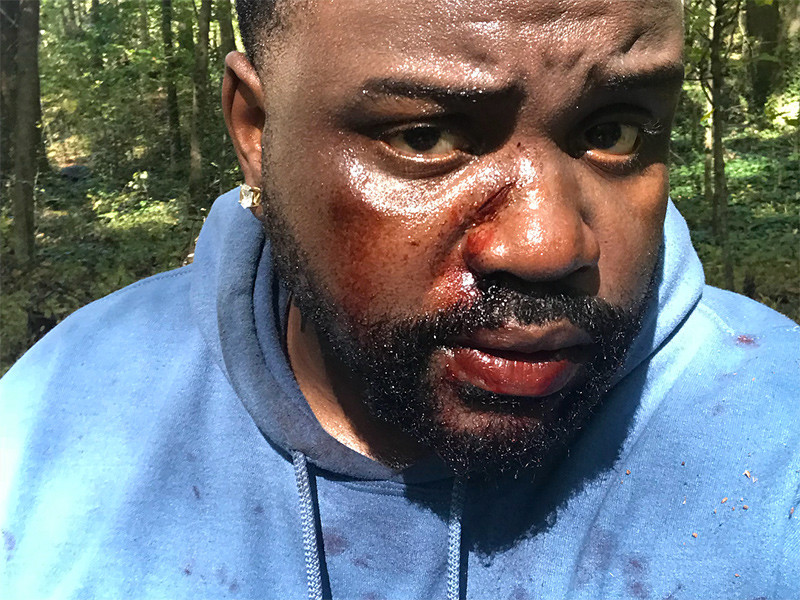 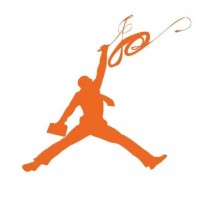 If the “Woods” episode of Atlanta was your first time watching this consistently mold-breaking “comedy” series, it had to be difficult to see the forest for the trees. But yet again, in this eighth installment of Robbin’ Season, the show went to a darker-than-expected place (literally as well as psychologically), weaving its way through a simple idea that was expressed brilliantly through the use of the city’s dense urban forest as a partial setting, and the otherworldly writing of Stefani Robinson, who penned this episode.

“Woods” is special for several reasons, starting with the fact that the show finally made it to East Point, the southwestern Atlanta suburb that’s very much ITP (Inside The 285 Perimeter) but completely alien to many people in today’s Atlanta. Yet East Point was put on the international map in the ‘90s through consistent shout-outs from the Dungeon Family, Atlanta’s legendary outfit of immensely talented rappers, producers, singers and poets [that includes Outkast, Future, etc]. As someone who moved to the city just before the 1996 Olympics and who now lives in East Point, I felt a lot of insider pride when I recognized that parking lot Alfred walked through (the strip mall with the Furniture Beyond sign). That’s the famous intersection of Headland and Delowe Drives, the place where something very, very good was started, if you follow.

Alfred finds himself at a new beginning of sorts in this half-hour episode, which deals with choices he has to make about where he is and where he wants to be. We’re reminded at the beginning of the episode that his mother, who he dreams is there cleaning his dining room table while he naps on the couch, passed away off camera, prior to the beginning of the first season.

Earn calls to check on him, asking if he’s alright, which lets us know something might not be. Apparently there’s a significance to the day that relates to her, whether it’s a birthday or the anniversary of her death. And Alfred, who isn’t exactly Mr. Congeniality, is even less-enthused than usual in this episode. He only smiles twice, once after returning an insult to Ciara, a woman who claims to be an “Instagram-famous” influencer of black women’s hair and beauty products that he’s in some type of casual relationship with, and again while posing with a fan at the very end of the show, with blood on his teeth from being jumped. And as he proves by his pedicure shouting match with Ciara, he’s not into being seen in an unsightly fashion, whether it’s phoniness or just getting his toes done, and he won’t allow himself to be portrayed or exposed as phony, even if it’s just for a photo.

Ciara is of course problematic, even though the point she makes about Alfred’s aversion to self-promotion is valid. Portraying something of a mix between a Real (maybe not quite “real”) Housewife, music industry manager/hustler Deb Antney, and your average brand-ambassador-slash-“influencer,” she’s creating the world around her, but with limited vision of worth past monetary value. But it’s one of those interesting situations that feels as real to watch on TV as it does to watch in the real Atlanta, or wherever you live in Black America.

She has hustle, and she’s successful enough to be recognized (or at least tolerated) by the rest of the world; she’s certainly willing to flex on people who have to serve her but don’t happen to be black. But she doesn’t seem to see past her own self-marketing strategies to get a good look at the person underneath the purple weave, designer brands and other posturing. She may not even realize the world is forcing her to hide behind an Instagram filter and the value of having fans, and she’s a willing participant in society’s forced masking of her true identity. Again, the forest for the trees.

Alfred’s having none of it. We know because he calls her a “hoe,” which definitely seemed off-putting and harsher than necessary, until you’ve watched the entire episode from intro to end credits. Not to excuse calling black women hoes and not addressing it directly, but once it becomes clear that he’s dealing with depression from his mother’s death (something much more apparent on the second viewing), we’re willing to forgive him. We also see him be victimized and more vulnerable than we’ve ever seen him before. And it’s as real as the infamous line from Andre 3000’s second “Elevators” verse, where he says “True, I’ve got more fans than the average man, but not enough loot to last me / ‘til the end of the week / I live by the beat, like you live check-to-check…”

Sure, Paper Boi is hood-famous, but Alfred is actually more of an introvert who remains close enough to the ground, and seemed until now to prefer it that way.

When the three seemingly geeky high-school-aged kids set him up on the train tracks behind the East Point MARTA station, you can tell when he realizes something is wrong, but by then he’d allowed himself to be in a precarious situation because, as one of the young dudes laughs, “Oh, you keepin it real,” by walking around East Point draped in jewelry.

And then it gets trippy. The canopy of Atlanta, and the way the leaves glow and reflect light, are captured expertly by the show’s cinematography. Our trees are deep and dense, and it certainly feels like there are stories in those woods. East Point in particular is very much like that slowly expanding aerial drone shot; there are tall pine trees everywhere, and you can easily find yourself on a road that dead-ends into the beginning of a deep forest. So it’s absolutely possible to find yourself lost in the woods if you run into them not paying attention.

Of course that’s not what’s going on here – Alfred is stuck because he can’t see his way out of where he is mentally. He’s at a place where he needs to move forward, or else he’s in danger. We see that because from Ciara to the East Point robbing crew, and even Wally, the man he meets in the woods who is either homeless and mentally disturbed, or a representation of something in Alfred’s sub-consciousness, possibly his father.

You can feel winds of change, and the interactions between Wally and Alfred make it seem like some spiritual journey. Sure, it’s much shorter than the Odyssey or any other epic story, but it’s a trip that includes depression, uncertainty, loneliness, fear, and decisions that must be made on the unclear path to maturity. Nobody can help you out of your own mind.

When Alfred decides to jump away from the boxcutter Wally presses to his throat (by the way, Donald Glover’s competition for that Best Actor Emmy next year is increasing with each episode centering on one of his co-stars), we know he’s chosen to accept things. The tear that falls down his cheek seems like the moment of arrival. Like it or not, he’s Paper Boi to a lot of people, and Paper Boi isn’t Alfred. If he’s going to succeed, it will be because he embraces the reality of this opportunity, for better and worse.

As Al comes out the other side of the bush, audibly breaking down a bit, it feels almost like a rebirth. He walks into the BP gas station and takes a bloody mouthed selfie with a real fan, in a way that lets him keep it real and fake at the same time.

It’s a fitting end to a fantastic episode where he seems to decide that Alfred and Paper Boi can coexist, and he can be authentic on camera. And with the dedication to Bryan Tyree Henry’s mother, Willow Dean Kearse, who passed away over a year ago, we know that art and life not only imitate each other, but can coexist just as well. Or as Andre 3000 might say, this ain’t gon’ stop, so he’s just gon’ continue.