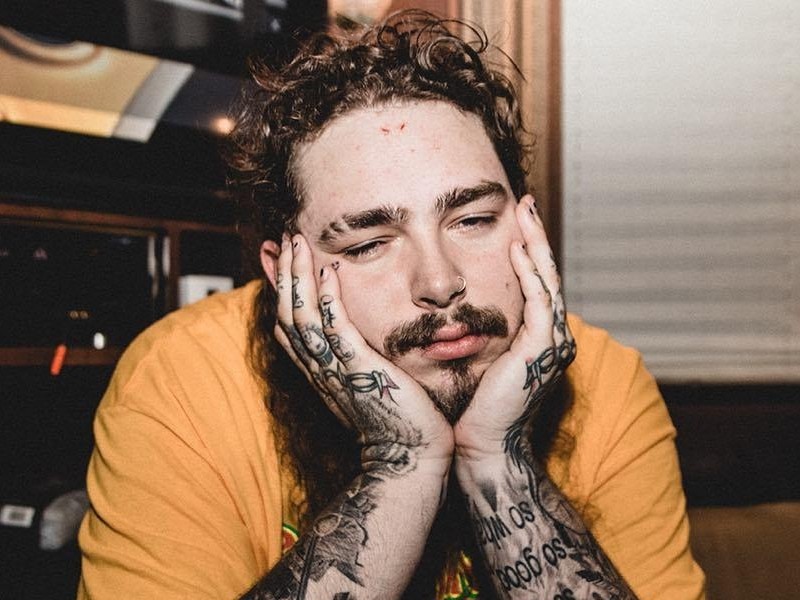 Maybe he’s willfully ignorant. Maybe he’s genuinely clueless. But the more he speaks, the more it’s clear he understands little about race and the privileges he’s afforded as a white Hip Hop artist.

His latest gaffe occurred in an interview with GQ. Despite all the success he’s had in his relatively short career, including his single “Rockstar” going #1 on Billboard Hot 100, Malone still complains about being a “white rapper.”

“I definitely feel like there’s a struggle being a white rapper,” he told GQ. “But I don’t want to be a rapper. I just want to be a person that makes music. I make music that I like and I think that kicks ass, that I think the people who fuck with me as a person and as an artist will like.”

The interviewer immediately pushed back with a series of questions that forced Malone to come to grips with the political and social dynamics of race in the music industry. As one can read in his brief answers — a quick “yeah” or “yes, of course” — and the writer’s characterization of Malone’s struggle to respond to the questions, he desperately wants to avoid this.

If it were up to him, he’d probably never address the subject again in his life and dismiss all “culture vulture” claims as blind hate, as he did in the below video, instead of addressing why he gets this criticism.

The problem is Malone entered Hip Hop of his own volition. No one forced him. He’s the one who eschewed his heavy metal and rock roots to make his move in the industry with a Hip Hop song, “White Iverson,” and it paid off in a big way.

Although Malone owes his career to Hip Hop for providing him a lane, it often seems like he wants little to do with it. It’s right there in his answer to GQ: “I don’t want to be a rapper. I just want to be a person that makes music.” Hip Hop gave him a way in, but he really doesn’t want to be defined by it.

Before “Rockstar” skyrocketed up the charts or Quavo jumped on “Congratulations,” Malone was already making moves to distance himself from Hip Hop. His true feelings about the genre were confirmed in late 2017 when he participated in an interview with a Polish outlet called NewOnce.

Malone tried to backtrack and proclaim his respect for Hip Hop after this interview became part of the news cycle, but his spin was just that — spin. That actual answer was a genuine thought, especially when you consider that he wasn’t speaking to any major publication. He was on tour in Europe speaking to a Polish outlet. This wasn’t supposed to blow up, so he wasn’t minding his P’s & Q’s.

It’s hard not to see a lot of Kid Rock in Post Malone. Much like Malone, Rock got his start in Hip Hop. He experienced a career breakthrough during the rap-rock glory days of the late ’90s and early 2000s. But he slowly moved away from his rap roots and completely reinvented himself as a country-rock artist. He even started proudly brandishing the Confederate flag as part of his image.

Malone may not be on the path to criticizing Colin Kaepernick and supporting Donald Trump like Rock, but his goal of moving away from the “rapper” tag is quite similar. And it’s something a white artist can get away with, unlike a black artist.

Think of how Lil Uzi Vert or other “mumble rappers” are put in a box that they arguably don’t fit in. Fans, labels, media, etc. designate them as rappers and so they are treated as such. Maybe a different genre is more apt for these artists. Maybe an entirely new one needs to be created. But that’s too difficult, so they get lumped in the Hip Hop/Rap (or R&B) category because they’re black.

But when (because it’s sure not looking like “if” anymore) Malone crosses over to make his country or rock album, no one will bat an eye. It’ll be a stylistic shift akin to Justin Timberlake. He’ll get classified as whatever new genre he identifies with on iTunes. He’ll get radio play on non-Hip Hop stations. And that’s why Malone doesn’t get that his “struggle” is nothing more than a mild inconvenience.

If Malone wants to rid himself of all Hip Hop ties, more power to him. Things will keep moving without him, and his career will be a footnote in the genre’s history. But instead of complaining about his supposed plight as a white rapper, he should hold the title with the utmost respect. Only he knows if he’s been trying to “game the system,” but his apparent disdain for the “rapper” label makes him look like the dreaded vulture he’s often accused of being. And for that reason, the hard questions won’t stop.