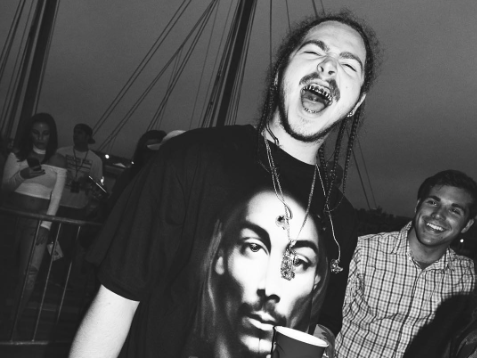 New York, NY – In an interview with Power 105.1’s The Breakfast Club, XXL editor-in-chief Vanessa Satten reveals Post Malone’s absence from this year’s XXL Freshman list was due to the  musician’s apparent plans on leaving Hip Hop for Country.

The Dallas native, whose given name is Austin Post, had a big year in 2015 when he signed to Republic Records following the breakout success of his viral single, “White Iverson.”

This year, he was enlisted as Justin Bieber’s opening act for his Purpose World Tour and also made an appearance on Kanye West’s The Life Of Pablo cut, “Fade” with Ty Dolla $ign.

Malone was a previous known fixture among the underground Dallas Hip Hop scene. His name was commonly among the top billed acts at local shows along with other D-Town emcees such as G.U.N., Crit Life and The Outfit, TX.

“We were told by his camp that he wasn’t paying attention to Hip Hop so much, he was going in more of a Rock, Pop, Country direction,” Satten says. “We never even discussed playing any music, we never met on it. Once we heard that he wasn’t really acknowledging Hip Hop, especially when they were telling us, ‘We’re going in a Country direction,’ that’s a message that you don’t really wanna be in the Hip Hop world so we’re just gonna let it go.”

As Charlamagne Tha God points out, Post wasn’t always doing Hip Hop and only got a buzz after releasing “White Iverson.” Additionally, there’s a video from 2013 of him performing Bob Dylan’s “Don’t Think Twice, It’s All Right.”

He released the FKi-produced single “Go Flex” in April and performed an acoustic version of the song on Jimmy Kimmel which isn’t too far off from the new direction he plans on taking.

“It’s very easy when you’re an artist these days to dabble in Hip Hop and then pull back,” Satten adds.

Watch the full interview with XXL’s editor-and-chief Vanessa Satten on The Breakfast Club below.