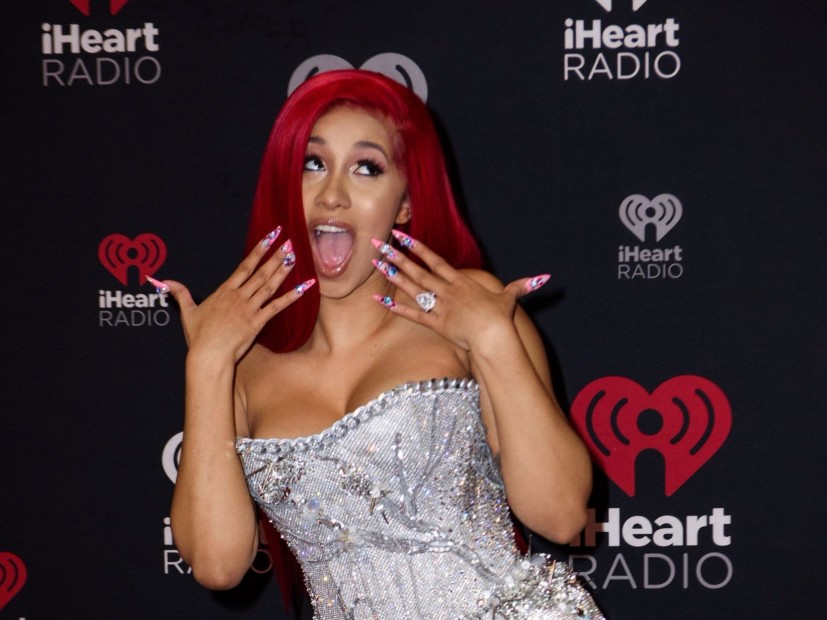 First of all, let’s not get it twisted. No one can knock Cardi B’s hustle — no one. From struggling Bronx stripper to Grammy Award-nominated artist, her journey to the top has been nothing short of amazing (if not miraculous). In fact, HipHopDX just anointed her with the award for 2017’s Best Come Up Of the Year. But here’s where she runs into trouble — social media.

After the “Bodak Yellow” rapper posted a video of what appeared to be her and fiancé Offset having sex on Tuesday (December 26), Twitter erupted with colorful opinions on her questionable decision, demanding she get media training — stat. Even after Cardi debunked the video and insisted they weren’t “fuckin” on Instagram Live, Twitter was still bothered by her brash choice to even share it in the first place.

That’s all good if you want to assert your sexual independence as a woman but when you go on record saying you want to be a “better role model” and then pull a salacious stunt like that, you’re sending the wrong message to the pre-teen/teen audience that likely makes up the majority of your fanbase. People were quick to point out the discrepancy.

Cardi B: “I’m gonna try to be a better role model for young girls.”

The day after Halloween, the Love & Hip Hop alum evidently had an “a-ha! moment” when she realized countless young girls were emulating her style of dress for their costumes.

“You know what, y’all, I realized after Halloween that a lot of little girls they be looking up to me and they love me and whatever,” Cardi said in an Instagram video. “It’s just like, I’m thinking to myself like, ‘Yo I really need to be a better example’ but I be trying to be a better example though. I be trying to be like more PG-13, less Rated R.

For a minute, Cardi’s pledge seemed genuine. She appeared on The Tonight Show Starring Jimmy Fallon! earlier this month looking extremely elegant and the month before, stepped onto the 2017 BET Soul Train Awards’ red carpet looking like a lady.

Jimmy Fallon Tonight Guys! Tune in tonight, it was such a funny interview

To complicate the issue even further, on Wednesday (December 27), an attorney for Ms. Bartier Cardi told TMZ she was seeking legal action against hackers who allegedly leaked nude videos of her online.

Fans have started to point out that she’s beginning to draw attention for all the wrong reasons. Initially, she was gracing headlines for the success of “Bodak Yellow” and making history as the first female rapper in 19 years to hit #1 on Billboard’s Hot 100 chart without any assistance. Now, it’s for the type of stuff that’s suited for an episode of Love & Hip Hop, the drama-fueled show she left.

I really want to love Cardi B, I do. Who doesn’t love the success of an underdog? But her antics as of the last few days are just…….no…. You don’t have to be perfect but at least be progressing ?

Cardi B ain't ready for fame she has to leave this ghetto ass attitude behind if she wanna keep thriving.

Much like Azealia Banks, who consistently gets dragged through the mud for her outrageous behavior (and refers to Cardi as a “poor man’s Nicki Minaj”), the future Mrs. Offset is running the risk of soon becoming just another flash in the pan. Instead of focusing on the music and art she’s trying to create, people will momentarily get sucked into the controversy before writing her off completely.

The next few months are crucial for Cardi. If her debut album isn’t mind-blowing (and who are we kidding? It probably won’t be), some will likely chalk her up to another one-hit wonder who had an opportunity but blew it because she was too wrapped up in the bullshit to seize the moment.