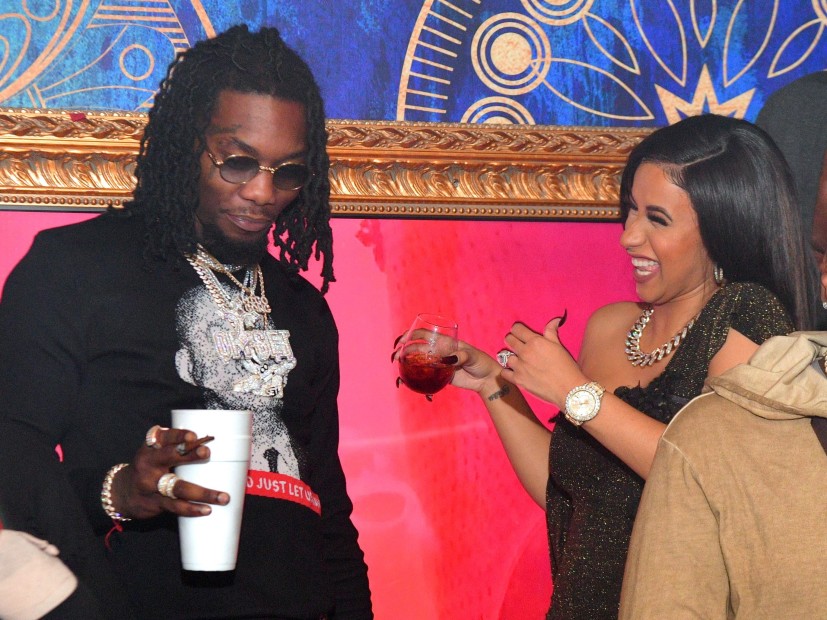 Twitter's Annoyed With Cardi B Despite Debunking Offset Instagram Sex

Twitter – Cardi B appeared to post an Instagram Live video of her and fiancé Offset having sex on Tuesday (December 26) but the “Bodak Yellow” rapper quickly took to Instagram Live (again) to claim it was fake. “I was fully clothes on live,” she wrote. “I was not fuckin on live! Yaaa can’t be that slow.”

But the damage has evidently been done. Countless Twitter users quickly posted their opinions on the shameless stunt, which ranged from complete shock to disgust.

Others claimed to know it was fraudulent all along, while some called her out for failing to be a solid role model for young women. Overall, it’s clear Cardi needs some lessons on how to act on a public forum.

Cardi B *desperately* needs Media Training. She ain’t the only one .. but she better get it together & quick.

Cardi b can say the video is not real showing offset hitting it from behind, but it don't take a rocket science to see that it is.

I've seen and heard enough from Cardi B

I hope my fellow black Queens aren’t out here trying to get Cardi B to be their role models. What won’t she do for attention? Teach your little black daughters how strong we as black woman are. Black women command the room when we walk in. We don’t need no gimmicks or tricks.

Cardi B gonna Cardi B herself out of success ?

Cardi b is getting annoying

Fucking sucks how I can’t escape Offset & Cardi B.

Why the fuck is everyone investing they time in these two?

Y'all can call me negative, a hater. Idc. But I just know for a fact that offset and cardi b's relationship isn't gonna last long. Just give it a couple a months and they're gonna be firing shots at each other on ig like what happened with rob & chyna

I really want to love Cardi B, I do. Who doesn’t love the success of an underdog? But her antics as of the last few days are just…….no…. You don’t have to be perfect but at least be progressing ?

Cardi B: “I’m gonna try to be a better role model for young girls.”

Cardi B ain't ready for fame she has to leave this ghetto ass attitude behind if she wanna keep thriving.

i love cardi b like a motherfucker but she getting on my fucking nerves bro.

Imagine dating a girl who looks up to Cardi B ?

At least one person didn’t think it was that big of a deal.

Another clip from the IG live. Offset surprises Cardi B for Christmas…what blogs chose not to show. They were fully clothed & playing. SMH. Y’all need to stop being pressed about everything without getting the full facts. pic.twitter.com/Ltjhvmjn0h