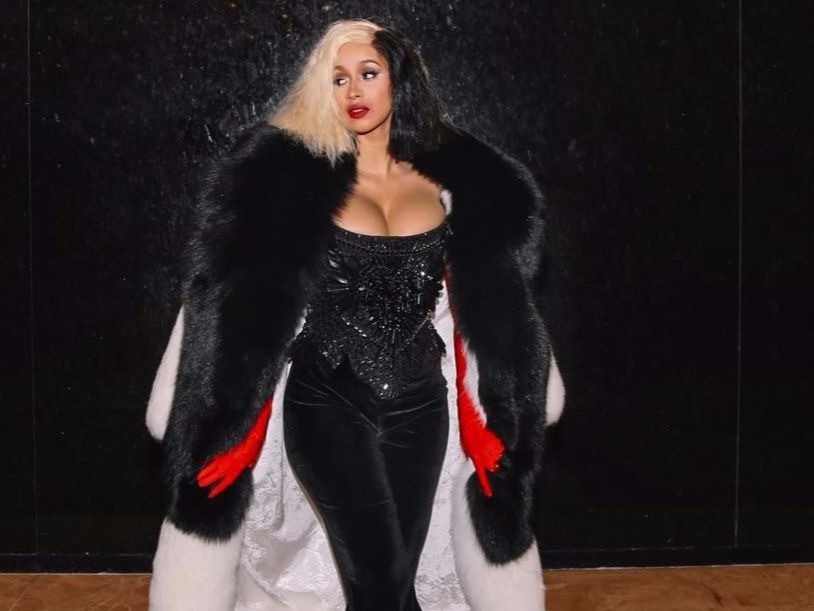 Cardi B had a message for some of her younger fans, one she delivered in the form of an Instagram video earlier this week. After her meteoric rise to fame, mostly thanks to her smash single “Bodak Yellow,” it evidently hit her that she has more eyes on her than ever.

While the Bronx native claims she wants to become a better role model for young girls, she says her “hood rat friends” throw a wrench in her progression.

“You know what, y’all, I realized after Halloween that a lot of little girls they be looking up to me and they love me and whatever,” Cardi says in the video. “It’s just like, I’m thinking to myself like, ‘Yo I really need to be a better example’ but I be trying to be a better example though. I be trying to be like more PG-13, less Rated R. But I be hanging out with my hood rat friends and then they fuck me up all over again. Like they just mess me up all over again.”

She ends with, “I’m going to change for you little girls because I dead ass love y’all.”

Cardi, who is now engaged to Migos rapper Offset, recently teamed up with Nicki Minaj and Migos for the “Motor Sport” track. She’s also been flossing her new engagement ring, which reportedly cost her fiancé $550,000.

It appears Cardi’s monumental, history-making year, which includes a recent Rolling Stone cover, has taught her some valuable life lessons. Artists with massive platforms have the ability to influence countless people, something Cardi is clearly starting to understand.