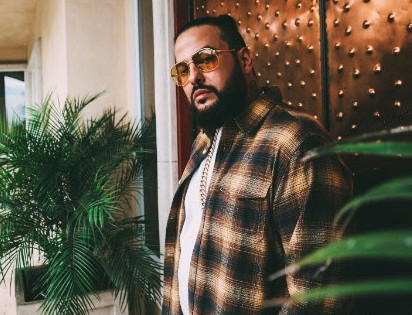 Tweets Is Watching: Belly Calls Meeting With JAY-Z "A Dream"

This week, Big Boi debuts his new hair on set, and Tyler, The Creator cries over radio play.

Everyday is another chance to enjoy this life!!!!!!

Trust in what you believe!!!

Happy 25th anniversary @barackobama. A quarter of a century later, you're still my best friend & the most extraordinary man I know. I ? you. pic.twitter.com/y0nevQmatB

made it on there and kept it "weird" too

On set ? I hope this hair Glue don’t fuck up my wave pattern #AntwanAndreFilms pic.twitter.com/bbXzG2CCX1

back in the city #NY @salxco @vegas_jones and the God MC jay hova @S_C_ pic.twitter.com/7yz3TcjoGC

still feels like a dream I swear.. @S_C_ #MUMBLERAP out everywhere pic.twitter.com/zbDttcAOeE

Quavo Is Taking His Efforts To The Big Screen

'My boy @QuavoStuntin writing a script, he out here really in the kitchen tryna whip up' @OffsetYRN on working on movies @Migos @Beats1 pic.twitter.com/ESMZObj86L

#LailasWisdom Fact;
The first song we recorded for #Laila was "Nobody", recorded May of 2015. It set the tone for the album.

After surviving a shooting in Hollywood.

6lack Is Repairing His Soul

all this repair the soul work… like it's homework