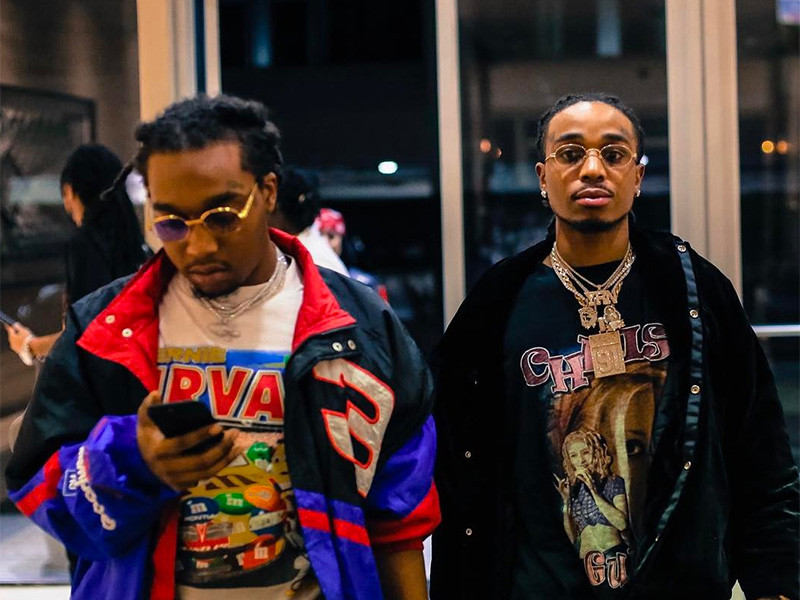 Fresh off the release of their sophomore Culture album, professors Quavo and Takeoff (it seems Offset played hooky for this one) hosted a masterclass at New York University’s Iris & B. Gerald Cantor film center this past Saturday (January 28), in association with the Clive Davis Institute of Recorded Music.

“Culture Class” ended up being an insightful, funny, and engaging discussion with “the Beatles of this generation,” as they were joined by The Fader editor-in-chief Naomi Zeichner, VFiles founder Julie Anne Quay, graphic artist Zack Fox (f.k.a. @bootymath) and NYU student Michelle Kim to discuss the Atlanta group’s influence on fashion, music, and pop culture.

Celebrating ATL culture in all its glory with @Migos today @CliveDavisInst #CultureClass school is in session… pic.twitter.com/nuzxuCuPef

Here are five things we learned from the talk.

Years before topping the Hot 100, Quavo’s musical aspirations were apparently not taken seriously by his peers. Quavo told the class, “I passed my first CD out and I got laughed at. Everybody laughed at me … The first intro was like ‘Yeah, this that intro, this that intro, this that intro, welcome to the show.’ So they were saying that the whole time, like every day in school ‘This that intro’ and just laughing at it. But I was in the cafeteria one day, and Offset walked up on me like ‘Yo, that mixtape you just dropped bro? I like it. Put me in the studio bro, let me work with you.’ And I looked at him, and he was the only one in the school that was really rocking with me at the time, that’s on God.”

The cover artwork for Culture was designed by Italian graphic designer Moab Villain, who connected with Quavo on Twitter. Multiple drafts of the cover were made, with the group deciding upon a cover featuring fire, white doves, flowers, and a North Atlanta street sign. 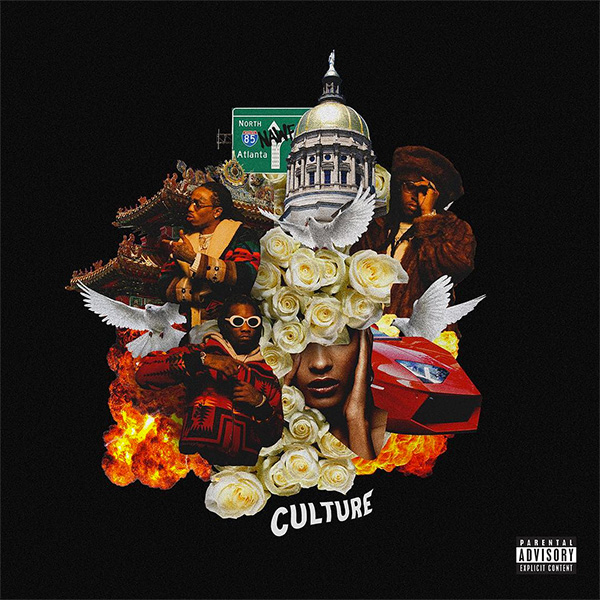 Quavo explained what the images represent. “The white roses and the doves represent my grandmama, ’cause she just passed away, and Offset’s grandmama, they represent that. And the cars, you know we love the cars, that’s how we wanna come in the game. The flames — Who ain’t the hottest in the streets? And then the Atlanta sign but we put the “NAWF” on it. A lot of people don’t know about the North side of Atlanta, they just do the zones … So we came in marking the Northside, that’s why we put the ‘Nawf’ on that map.

3. They’re Sitting On A Song That Makes People Cry

While their current catalog probably isn’t best described as “tear-jerking,” Migos apparently has material in the vault that brought Quavo’s family to tears. “We got so many songs that we haven’t put out, and people be waiting on our music. I just think, I don’t know … Sometimes I put the feeling in it, sometimes it’s too much feeling. Too much emotion. I don’t know, it get too emotional on them tracks sometimes,” Quavo said. When asked if there was one really emotional track that hasn’t been released, Quavo answered, “I ain’t gonna put it out, yeah, there is though. Like my mom cried, my grandma cried, stuff like that.”

4. What The “T-Shirt” Video Was About

When asked how they came up with the idea for the T -Shirt video, Quavo expressed his desire to shoot a trap video outside of the trap. “I didn’t wanna be in the trap with it, I wanted to bring the trap to the wilderness … I wanted to put that culture on it. It looked respectable, it felt better … and when I said ‘white’ I wanted to bring so much white that I couldn’t find, you had to get it out the snow.”

5. Quavo Was Almost “Swapped Out” As A Baby

In one of the more random anecdotes of the class, Quavo brought up how he was almost “stolen” at birth. “When I first came … my mama told me the story, the doctors tried to steal me. They tried to swap me out … I guess the lady said I was so handsome,” Quavo said. While his description is a bit vague, imagining a scenario in which Quavo, Offset, and Takeoff never met is startling, to say the least.

Watch the full talk below.