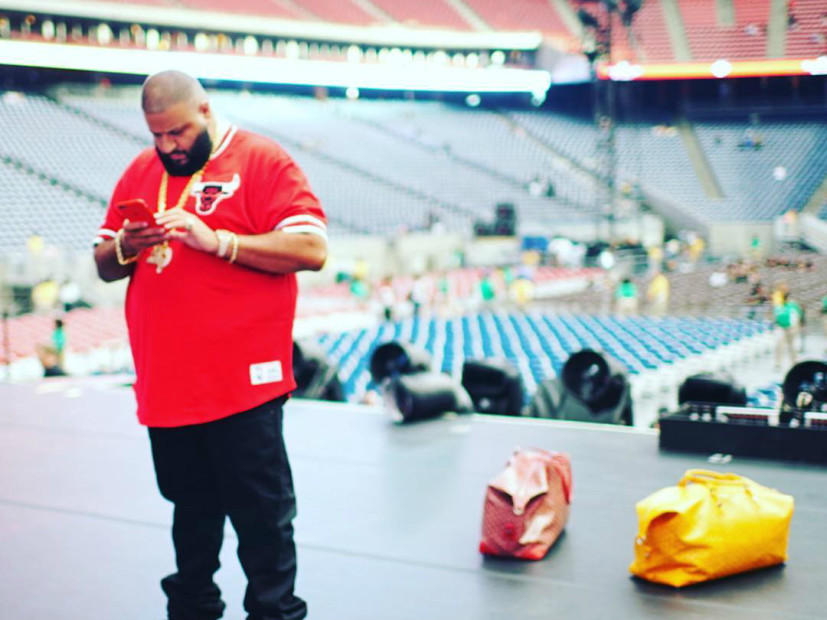 Ladies and gentlemen, we live in a post-DJ Khaled Snapchat world. The youngest of the major social media platforms, it’s been a big year for the Venice-based company. At this point, the app has done an amazing job of blurring the lines between personal and corporate correspondence with fans. Everything from news to day-to-day activities keep us more focused on whatever celebrity currently trending at the moment. Plus, it’s intuitive as hell. Alongside Instagram Flexin’, Tweets Is Watchin’ & All Eyez On Memes, HipHopDX is introducing Snapchat Jumpin, you weekly dose featuring the best of Snapchat.

This week, Boosie Badazz catches Gucci Mane’s proposal at the Hawks game, Kylie Jenner gets Tyga a diamond bracelet for his birthday, and Offset of Migos falls asleep counting money.

Remy Ma Shops For Thanksgiving At The Supermarket

Hanging out with Rick Ross.

Desiigner Tries To Do #MannequinChallenge

Desiigner so hyper he could only hold the Mannequin Challenge for a few seconds pic.twitter.com/yUKTW2vSTG

But he’s too lit.

In the studio cooking.

Gucci @laflare1017 just proposed to his Wife @keyshiakaoir with the biggest diamond ? ive ever seen n my life ‼️?Congratulations ? #bestpartofthegame

21 savage says he'll cook any of u niggas in NBA 2k17 with Steph Curry pic.twitter.com/GpWpnrHd8A

Chef cookin’ with the pot boy.

Young Thug & Future Fly Private Jets Next To Each Other

Goals or na? Young thug and Future shout each other out after realizing they their private jets happen to be side by side pic.twitter.com/IP1WrwJrZB

Rich The Kid Eats Popcorn At The Lakers Game

Imagine watching the game with a nigga like Rich The Kid pic.twitter.com/YMkkTBQ2eQ

Lil Bibby a natural born shooter.. he from Chiraq. pic.twitter.com/qnZW0jcoo0

DJ Khaled Gets Future A Rolex For His Birthday

Kylie Jenner Gets Tyga Diamond Bracelet For His 27th Birthday

In addition, the two pose topless for a photo shoot.

Some of the Sacramento Kings were at that Kanye concert. Here's Boogie: "HE BOUNCED ON US YO!" ??? pic.twitter.com/Llr1tNoLTk

Among the many who were outraged.