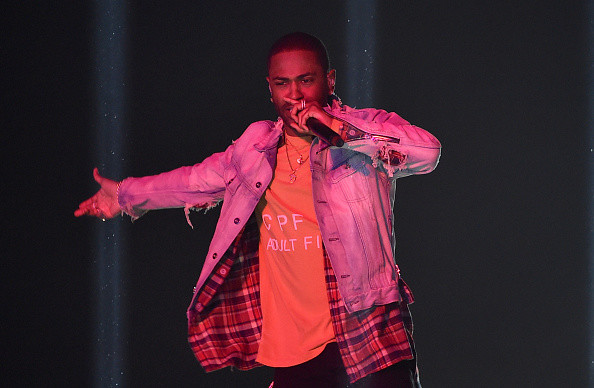 Are We Ready To Call Big Sean An Elite MC Yet?

When it comes to carrying the torch of true school emceeing while still being rooted in modern-day ethos, there is no debate in naming Kendrick Lamar, J. Cole and Chance The Rapper amongst the culture’s frontrunners.

So where does Big Sean’s name fall on the ballot?

If we were still living in the days when calling yourself took so much more effort than copping a microphone from Sam Goody and creating a DatPiff account, 2015’s Dark Sky Paradise would have been the Detroit representer’s debut album. The shelf life of an artist has never changed, no matter their strengths or potential longevity. Humans get older, flows weather and the subject matter becomes equally senile. It’s the level of prematurity that is being placed on the shelf that has become the norm. Imagine if the NBA had never put a restriction on recruiting high school players and they became the overwhelming favorite come Draft Day. An upside would be healthier players who would be more liable to bounce back from injury, having skipped a year or three of intense collegiate play. But seeing that level of growing pains across the league would have ultimately weakened the level of play. (Kwame Brown anyone? Or better yet, what Michael Jordan did to Kwame Brown, anyone?)

That’s essentially what happened with Sean Don and his top-of-the-decade generation. They flashed enough initial talent to be put on various watch lists, but having their best* material sparsed out on free mixtapes and not meeting the lofty ideology of what being an XXL Freshman supposedly means, had them being developed right in the public eye. The internet age blurred the process, as said developed can equate to slow growth by rite of perception.

None of Sean’s aforementioned contemporaries are exempt. Kendrick has several projects a bulk of the listeners who lap up his every word have never heard, it took Cole World “come ups” and “warm ups” just to go platinum with songs about poppin’ cherries, and while it may seem like so long ago, Chance isn’t too far removed from “NaNa” screeching all the track.

But Sean stuck with it. After missing out on the My Beautiful Dark Twisted Fantasy wave, he rapped his way up the ranks, beasting on tracks with impenetrable guest lists in “Clique” and “Mercy.” He conquered depression through the music: giving scorned exes everywhere a #IDFWU hashtag of empowerment and learned what platinum looked like with his name etched on it.

And yes, that happened without a solo tour to call his own. Wait a minute…

Last month, Sean made a glorious return and impact on the net with not one but two impromptu songs for our unsuspecting asses. It wasn’t his first appearance this year. His musically sound joint effort with Jhené Aiko, TWENTY88, came and went without much a blip on the rap radar. (A couple that records together has a better shelf life than most.) It was far from the direct follow-up the soul-baring Dark Sky Paradise deserved but a couple that plays together — can typically stay together for a few more album cycles.

Flexin’: For a song about not doing any press, this joint is very telling.

The first of the pair — the signed, sealed and hand-delivered response to Kid Cudi, Naya Rivera and pesky writers who make innuendos about him dating Jhené Aiko — “No More Interviews,” has all the makings of an underdog who’s tired of having his punchlines overanalyzed and getting christened as clever or corny at the flip of a coin. The second of the bounce, the aptly titled “Bounce Back,” is by no means a future Billboard smash, yet any in the need of a playlist booster need not look any further.

The internet wanted that line from “No More Interviews” to be about Kendrick Lamar so bad but how about the theory he was addressing all the blippity blippity mumble rappers out there? How about we’re witnessing a 28-year-old-really-40-years-old-in-rap-years MC maturing right in front of our eyes. An elite MC? Maybe so. We (as in the Hip Hop community) will milk the shit out of the Kendrick angle if turns out to be a real thing.

Respect is earned, never given, in the Hip Hop game. And record sales have never been a credible measuring stick for one’s talent when it comes to the Hip Hop game. But going platinum, whether its sales, streams or a combination of both, is no accomplishment to scoff at like it’s 1999 where that was the case just because a release occurred. Sean Don earned a couple of shimmery plaques with both Dark Sky Paradise and its monumental lead single “IDFWU” (it went three times platinum but nobody’s counting right now).

He has the bars. He has the following. Now where’s the damn respect? Boy.