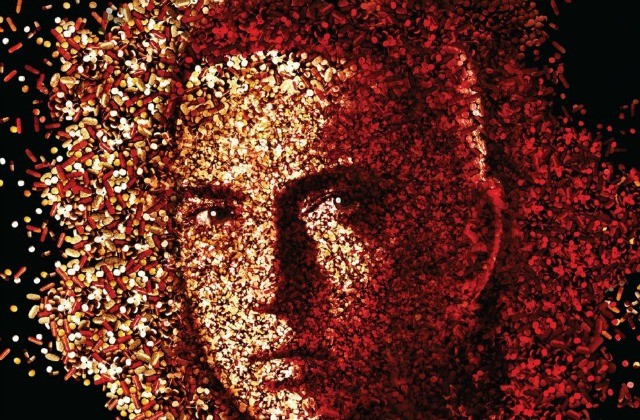 Eminem doesn’t apologize very much, but fans got the closest thing on the second verse of his 2010 single “Not Afraid” when he downplayed Relapse, his album from the year before. “Let’s be honest, that last Relapse CD was ‘eh,’” he rapped. His first album since 2004’s Encore, Relapse received mixed reviews — many of them chastising a new accent he adopted for the bulk of the record. In subsequent interviews, he would say that he “ran (the concept) into the ground,” and that he was still finding his feet creatively after taking a years-long hiatus to conquer an addiction to prescription drugs.

Many of the greats have at least one album like this — a work that was misunderstood by the masses, resulting in years to uncover its brilliance. Kanye West’s 808s & Heartbreak was chided for its use of Auto-Tune, and now it’s hailed as a turning point for Hip Hop-infused R&B, or whatever that hell that PBR&B title was supposed to mean. There’s De La Soul’s Buhloone Mindstate, Common’s Electric Circus — the list goes on. Relapse deserves similar treatment: the record stands as an artistic achievement that further solidifies Eminem as one of the greatest, most creative MCs to ever pick up a microphone.

Stay Wide Awake: When your video gets a Cinemax premiere, you know it isn’t for the faint of heart.

Slim Shady LP and Marshall Mathers LP were both rooted in the horrorcore that made his influences like Esham, with fantastical tales of murder, rape, and drugs, fully visualized. But those albums pinpointed his wife and the mother of his child as the targets of his wrath. Relapse fully embraces that idea for a whole album, truly delivering a slasher horror flick on wax. Even when celebrities like Britney Spears and Lindsay Lohan are name-dropped, Eminem’s victims here still feel nameless and faceless, allowing the listener to focus less on the shock value of his targets to gleefully (and, yes, problematically) enjoy the gore and technique for what they’re meant to be.

But from the moment Em gets doped up again on the intro of Relapse, he’s at his technical best, effortlessly melding to those beats the way that he did in the 2001 to Marshall Mathers LP era. Accent be damned (more on that later), “3 A.M.” has some of the best rhyme schemes and in-the-pocket flows of Eminem’s entire career. “My Mom” adds new flavor to the usual disses of his mother, as he paints an origin story for his serial killer character with his mother force-feeding him drugs as a child. (All while keeping the same rhyme scheme for entire verses at a time.) “Insane” is probably the last time Eminem has truly shocked us, telling a story of Em’s stepfather raping him. And after kidnapping a hitchhiker on the first verse of “Same Song & Dance,” he uses the last two verses to paint complete, beginning-to-end tales of killing Lindsay Lohan and Britney Spears, respectively. The song’s hook, which teases his victims’ screams and attempts to escape as singing and dancing, subtly and cleverly adds a new layer to the song that comes after suddenly, his urges for a woman to dance on a stock single like “We Made You” has a grim, horrifying tone.

Then there’s “Déjà Vu,” Eminem’s best song in the past 10 years. Over a plodding beat by Dr. Dre, Eminem documents the events and addictive behavior that led to his overdose, complete with images of hiding drugs in porno cases and lying to his daughter Hallie, who seems both clueless and completely aware of what’s going on. After the cartoonish horror that takes up the majority of Relapse, the song tackles the cyclical, destructive nature of addiction in sobering, Requiem for a Dream-levels of somberness. The serial killer theme begins to clear into cathartic focus, appearing as a metaphor for the way Marshall Mathers destroyed his surroundings while under the influence: his daughter has it worse than any of the victims earlier on the album. “Deja Vu” is followed by the bluesy, self-produced “Beautiful,” which shows Eminem wallowing in depression before finding a light at the end of the tunnel.

Dr. Dre’s production on the album also can’t be dismissed. Relapse is the only Eminem album that is (almost) produced entirely by Dr. Dre, and it results in one of the Head Doctor’s most impressive performances from the third arc of his career. On songs like “3 A.M.” and “Same Song & Dance,” Dre pushes himself to provide the macabre backdrops to keep up with Eminem’s horrorcore. The duo also revisits some of the sound from their heyday: “Hello” would be perfectly at home on The Marshall Mathers LP, and “Bagpipes from Baghdad” sounds like a sequel to The Eminem Show’s “Square Dance.” While Dre keeps up with Eminem’s slasher aspirations, he still manages to temper it with the focused tonality that made his previous classics so well-rounded.

Show-N-Tell: “Déjà Vu” could be Eminem’s best song in the past 10 years.

Yes, there’s the pesky accent that takes up most of the album. For many listeners, that was the death knell — and it may have been a bad idea to use on his comeback album, as opposed to after showing. But the accent was part of the serial killer character Eminem was portraying: whenever he was drugged out and on the prowl, that was the voice he used. Not as efficient as Biggie’s back-and-forth vocal changes in “Gimme the Loot,” that’s for sure — but still an able signifier, as opposed to the useless tic that some fans mistook it for. While the present day’s abundance of streaming material on various platforms offers more choices than ever, fans weren’t exactly forced to settle for a measly bit of projects in 2009, and many chose not to revisit Slim Shady’s comeback as a result.

But whether you hate or love Relapse, it’s still a benchmarker project for Eminem. The conceptual, technical and emotional brilliance of Relapse are important because they’re the end of an era where Eminem’s music felt more like a craft than an exercise. These days, getting word of a new Eminem song makes you excited and fearful all at once. You know you’ll get some of the most dizzying rhyme schemes ever, in a way that only Eminem is capable of doing. But there’s a blatant disregard for the music behind it: he sounds like he’s senselessly cramming syllables instead of making songs. The end of the album, “Underground,” seems like a direct introduction into this new, bars-over-music Eminem. But even here he’s caught up to the beat more than he would be in the years that follow.

Photo: Karin Catt/Julian Alexander for SLANG Inc.
Call It A Comeback: Dissecting the merit of Eminem’s commercial prowess is a completely other discussion but the Relapse was the highest selling rap album of 2009 and won the Best Rap Album award at the 52nd Grammy Awards.

Much of Recovery was unlistenable pop drivel, making up for the lost time with the artsy inclinations of its predecessor. Hell: The Sequel was a satisfying rappity-rap side project, and a long time coming, but it was a coming out party for a newly-invigorated Royce Da 5’9” more than anything else. The Marshall Mathers LP 2 had its moments (“Brainless,” “Evil Twin,” “Rap God”), but it’s like the rap version of The Godfather III: useful for bringing finality to previous storylines, but just barely holds up on its own merit. Relapse is the last time we’ve seen Eminem’s love for words meet his unbridled creativity in a way what’s musically palatable, and it deserves more respect.