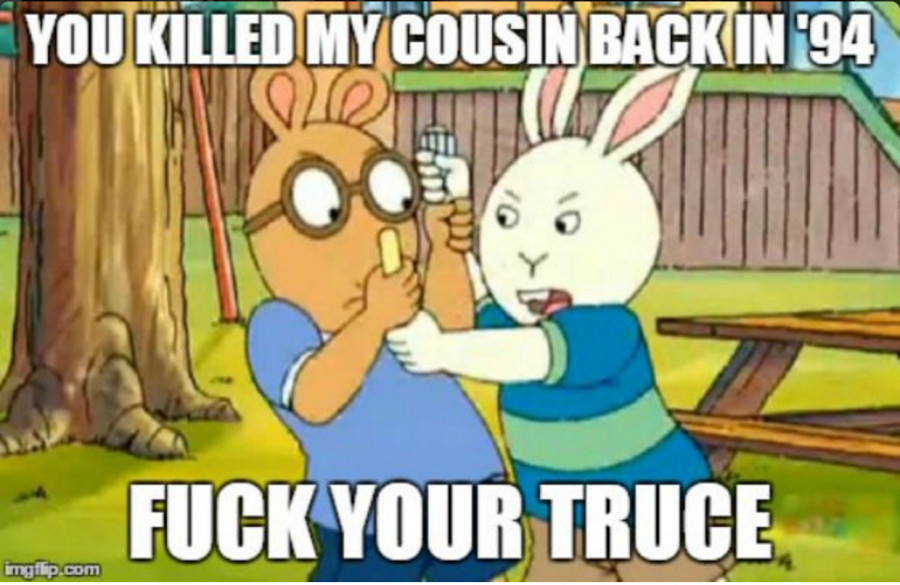 All Eyez On Memes: #ArthurMemes Are The Ultimate Case Of Ruined Childhood

Between social media being occupied by this week’s Democratic National Convention, Joe Budden getting ran up on by Drake fans and DJ Khaled’s Major Key roll-out, memes using the hit PBS animated series Arthur started to make their way around the web.

The kids’ show about an anthropomorphic aardvark is the network’s second-longest ongoing program behind Sesame Street. Therefore, there’s a legion of individuals who grew up with the show. Of course, this means their view on the show has matured as they grew into adults. Hence, the creation of Arthur memes.

Watch out: the following could possibly destroy any pure thoughts for the show, but at least the theme song is good enough for Chance The Rapper to sing live on occasions.

"Yeah it's still $15 a gram tho" pic.twitter.com/DDVP5MuQew

Mom: "fix that attitude before i fix it for you" pic.twitter.com/6CFLVM8yxj

When you've scrolled all the way down to his 187th week on instagram & know every woman you should keep tabs on pic.twitter.com/cHao80Xm4b

"Make sure you get the belt in the pic too" pic.twitter.com/2OMN0Bzi5Y

"y'all finished or y'all done?" pic.twitter.com/E9reH9BHMA

FROM WHAT I HEARD SHE GOT A BABY BY BUSTER… pic.twitter.com/KdgRLsYDTn

Uh, I feel kinda silly doin' this,
But um, this is the waitress from the coffee house on 39th and Lennox pic.twitter.com/z4qfkGF18o

"I too am oppressed" "reverse racism is real" "just get over it, that was 400 years ago" pic.twitter.com/LbqAD8XKYt

Where Are all these Arthur memes coming from ?? #Arthur #memes pic.twitter.com/INrnBrpYyq

these Arthur and DW tweets are outta line ?? #arthurmemes pic.twitter.com/KPlj8Tvj8u

Where Are all these Arthur memes coming from ?? #Arthur #memes pic.twitter.com/INrnBrpYyq