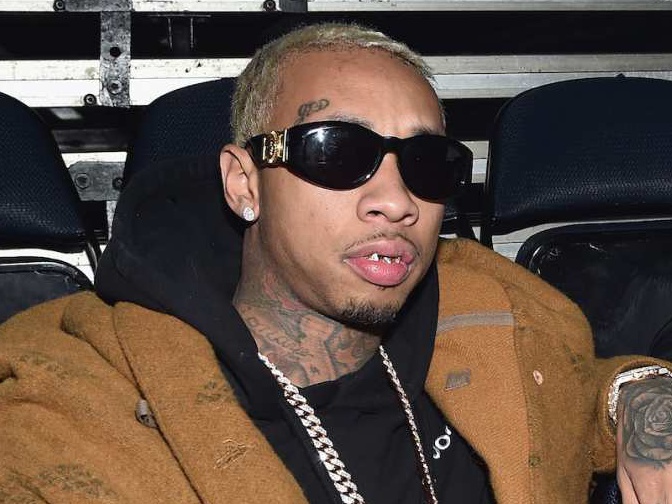 Tyga Is Going To Be Both Father & Uncle?

Tyga became the most memed person this week after former love interest and current baby mother Blac Chyna got engaged to Rob Kardashian. For the “Rack City” to be an uncle, he’d technically have to be married to Kylie Kardashian.

The Possibility Is Still Hilarious

If Tyga became a Kardashian through marriage and Blac Chyna and Rob followed through with their engagement, that would make him a father and uncle. Sounds like a new Keeping Up With The Kardashians narrative.

This meme sums up the probable emotions of that wedding. It’s definitely going to be a star-studded event that the gossip mill would eat up.

Many forgot that Tyga started dating Kylie when she was 16-years-old. That was until he managed to find himself back in the media crosshairs.

Instagram can be a scary place for those unfamiliar. Once that time period has passed, some start to get reckless with the post.

Since Taylor Swift’s Apple Music commercial featuring her rendition of Drake & Future’s “Jumpman” hit the web, sales of the song soared over 400 percent.

The Drake Memes Flowed This Week

Following the release of The Throne assisted “Pop Style” and “One Dance” featuring Wizkid and Kyle, the internet did what it did best. Create memes about the Toronto artist.

Fusing Drake’s first big hit “Best I Ever Had” with the ultra popular Metro Boomin production tag comes from the dark places of the internet.

When It’s Past Phone Time

Using old photos of artists to make points about the most mundane aspects of life is why memes are so celebrated.

From the sounds of “Pop Style” and “One Dance,” there could be a disappointment in the upcoming Views From The 6.  The reaction was mixed. Will he get that “Summer Sixteen” revenge?