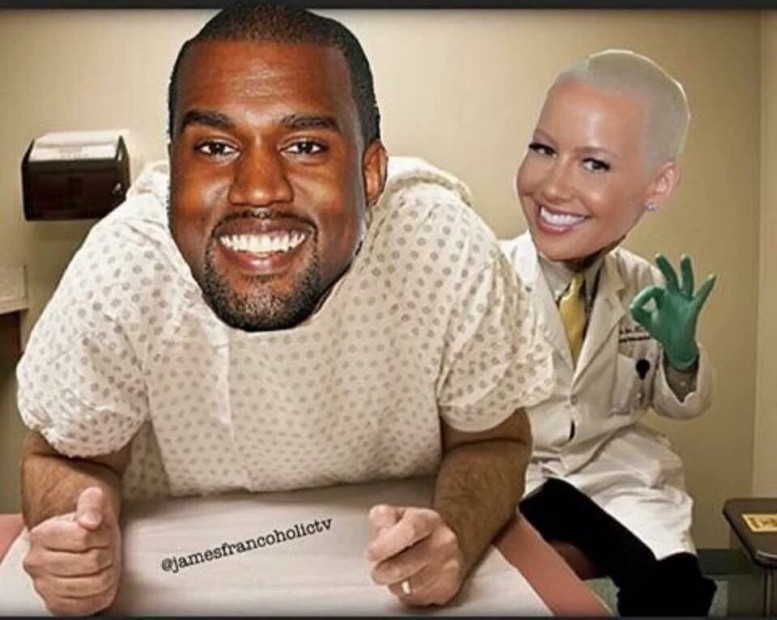 This week, Amber Rose breaks the internet after ex-boyfriend Kanye West slaughters her ex-husband Wiz Khalifa while Neil Degrasse Tyson and B.O.B. argue over whether or not the earth is flat.

Sure, Wiz Khalifa made an artistic criticism of Ye that might have been unnecessary. Watching the Chicago emcee/producer deliver scathing lines including “I own your child” took things to another level.

Several minutes after Kanye sent those atomic bombs, someone decided to pronounce the Pittsburgh spitta dead on his Wikipedia page.

As if Ye’s tweets weren’t enough, his ex-girlfriend Amber Rose steps in and sends social media into an even bigger flurry by accusing the GOOD Music creator of enjoying butt play.

This Could Have Been The Perfect Moment For Ray J

Once Ye tweeted that he’s the reason Wiz Khalifa has a kid, Ray J could have delivered the same message about Kim Kardashian. Speaking with TMZ the same day, Brandy’s little brother took the high road.

Interestingly enough, Kanye’s twitter rant coincided with the popularity of the Be Like Bill meme which is as self-centered as social media can get. And a Ye version becomes a lesson within itself.

B.O.B. Says The Earth Is Flat

Before Kanye set Twitter on fire, B.O.B. found himself under scrutiny for believing the earth is flat. Of course, he blamed the media and “sheep” who follow.

Acclaimed astrophysicist Neil Degrasse Tyson responded to Billy Ray’s claims on before the Hustle Gang rapper dropped a pseudo diss track. Then Tyson dropped a diss himself that was fairly better.

The response to Macklemore’s “White Privilege II” has been mixed thus far. In the meantime, someone decided to compare him to Doug character Roger.

The Carolina Panthers and Denver Broncos will face each other next weekend at The Super Bowl in Northern California. Panthers Quarterback Cam Newton even had support from Future and Young Jeezy.

For all aspiring rappers out there on the internet, a proper greeting during a track’s opening is better than “you already know who this is” or “I’m back.”