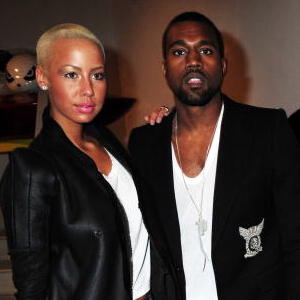 As such, we’re reserving this space for a weekly reaction to Hip Hop’s current events. Or whatever else we deem worthy. And the “we” in question is I, Andre Grant, and the one-and-only Ural Garrett. Collectively, we serve as HipHopDX’s Features Staff. Aside from tackling stray topics, we may invite artists and other personalities in Hip Hop to join the conversation. Without further delay, here’s this week’s “Stray Shots.”

Kanye eviscerated Wiz Khalifa for no other earthly reason than because he thought the man was mentioning Kim Kardashian when he said “kk.” This comes from the man who believes everyone should have an iPad in school and be able to Google on tests. He could not even take a moment to look up what those two letters could possibly mean in context to Wiz. He didn’t care. It was an opportunity to be petty. He said as much himself with that first warning shot of a tweet: “Oh niggas must think I’m not petty cause I’m the best that’s ever made music.” We’ll never doubt him again.

And while Kanye made a conscious decision to not hold back, his pettiness did not end there. He dragged Amber Rose into it. Note: It must have been delicious to quote “Gold Digger” in relation to Amber and Wiz. Call him Yeezydamus. Kanye wasn’t the only participant in petty, though.

Wiz came at him sideways with the whole Max B, thing. But that felt tongue-in-cheek more than anything else. And let’s talk about Taylor Gang’s reaction. Though reasonable — Kanye did claim to own Wiz’s child — posting that picture of Mr. “I-hit-it-first” and a young Kim wrapped up is an extreme act of pettiness. That “dick head” picture is also terribly juvenile. But petty is as petty does, and once it starts getting thrown around it can’t stop unless someone invokes positive energy.

And, maybe, right up there with Kanye in terms of potency was Amber’s assertion that Mr. West liked a finger or two in the outbox. The hashtag #Fingersinthebootyassbitch may be the pettiest thing I’ve ever seen. So if we’re talking winners (and let us mention that in being petty there are no winners), then I’m going to have to come with Kanye as number one, Amber Rose as 1b, Taylor Gang as two, and Wiz rounding things out at number 3.

Ural: The great thing about social media is how it really reflects the innermost consciousness of an individual. Something like venting becomes an art within itself and we all sit back and enjoy the spectacles because weak moments for celebrities make us all feel way better about our own mundane lives. What happened Wednesday was theater, the best or worst kind depending on who one is speaking to. Ye wasn’t just attempting to retort what he perceived as a personal diss against him and his infamous wife, he wanted to make a scene. And, that’s what makes Yeezy such a fascinating character. We’ve witnessed this when it’s absolutely needed using his “George Bush doesn’t care about black people” line to the unnecessary in the Taylor Swift fiasco.

For someone like Mr. Kanye West who spent his last six years on Twitter sending cryptic tweets fairly infrequently, his own paranoia regarding the perception revolving around him and Kim Kardashian. It wasn’t the Max B and Wavy shots that Wiz Khalifa sent that clearly enraged him. Artists critique each others work on Twitter without getting personal all the time. Hence, this week’s under the radar quick back and forth between Earl Sweatshirt and Post Malone. Ye’s strange lack of knowledge regarding the weed strains and his self-centeredness of course eventually made him an open target. It may be true that Khalifa’s catalogue may be questionable in terms of consistent quality despite having the biggest rap single of 2015 with “See You Again.” However, throwing his kid Sebastian under the bus was juvenile and even felt below Ye. Bringing up Amber Rose this much is a clear sign of abnormal possessiveness. Between this and that one particular line in “No More Parties In LA,” the self-proclaimed “biggest artists of this generation” isn’t over the same former stripper he loves to vilify from time to time.

Amber Rose had every right to defend herself against Ye. However, making the homophobic assumption that Ye may be gay due to allegedly enjoying butt play is just as bad as the misogyny she faced herself. Didn’t stop social media from almost playing up to Rose’s atomic tweet by posting memes and the flatline hilarious #KanyeAnalPlaylist. Kanye made an already uncomfortable situation worse by denying it a day later.

So had the biggest lost between the three? It’s clear that Kanye found himself eviscerated by the world after Muva sent a sniper’s bullet straight to his ego. Meanwhile, the former stripper West drove into mainstream consciousness ended up looking like a feminist hero. More so after dropping an op-ed on Time the following day giving more insight into her thought process. The only thing Khalifa could do is scream a few “Fuck Kanye”s during a tour stop in Argentina outside of Taylor Gang’s twitter account response which was fairly lackluster. It’ll be interesting to watch what the Pittsburgh emcee does in the coming days. A diss record from Khalifa would be the rap battery he needs for more respect in Hip Hop since he’s been more aligned to the Pop side since “Black & Yellow.” This could turn into probably an even greater beef than Drake vs. Meek Mill as the deficit in public perception and popularity isn’t as glaring between the two. Not even a month out of the new year and 2016 is already looking pretty lit.