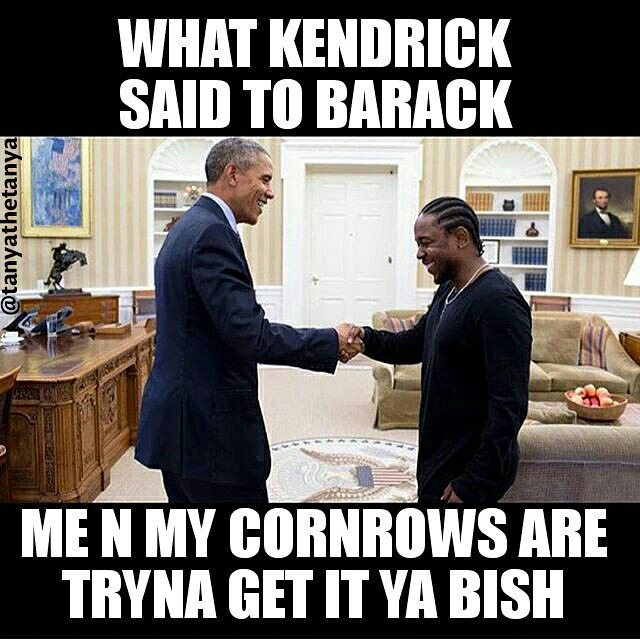 The Prince Inspiration Is Real

And just like that, Future Hendrix drops another mixtape to keep the #FutureHive satisfied. Of course, social media was in a frenzy.  The Purple Rain draw clearly meant someone was going to utilize Photoshop as quickly as possible.

A Great Way To Start Sunday

For some, Future is gospel. Don’t be surprised if someone pull up to church blasting “Inside The Mattress.”

This photo has inspired plenty of memes revolving around his model like pose.

They Don’t Want You To Win Powerball

Over a billion dollars were up for grabs during last week’s Powerball. For many, they(whoever it is) didn’t want them to win. Just ask DJ Khaled.

There’s a common saying, “You can lead a horse to water but you can’t make it drink.” Even Khaled’s keys to success can’t help some.

Kendrick Lamar and Obama met recently while the president himself even said the Compton rapper would beat Drake in a battle.

Between Tyga’s relationship with a fairly young Kardashian and the other allegations, many believe the “Rack City” rapper is a predator.

Fetty Wap Is For The Kids

“679” was one of many hits for Fetty Wap’s fairly spectacular 2015. Even the kids are painting their room with lyrics.