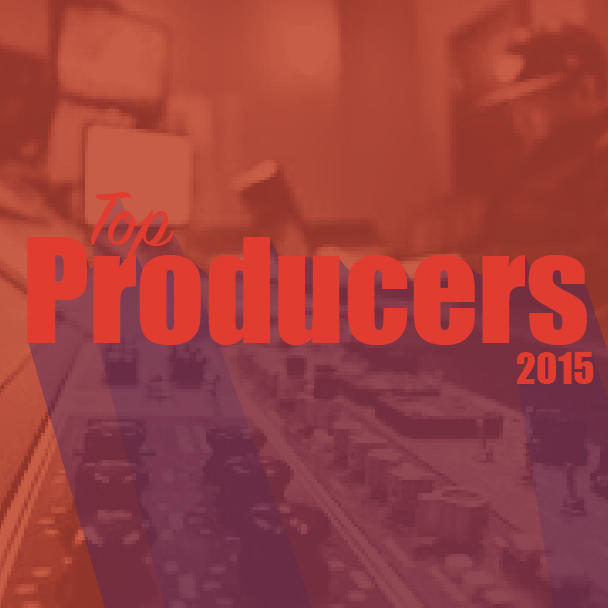 This year, it’s safe to say not one sound dominated the entire scope of Hip Hop. Every sub-genre found a lane that represented both regional taste and production philosophies. Trap, boom bap, jazz and ambient sounds all managed to have a place at the table. Obviously, every producer’s goal is to provide the perfect backing for an emcee to their heart’s content. These producers set the stage for some of the year’s best singles and ensured their legacy means more than being called a beatmaker. With that in mind, here are ten producers who stood above the rest flawlessly.

Editorial Note: This list is not in a particular order.

Virgina-native Nottz has spent nearly two decades evolving his traditionalist approach to boom bap. Makes sense as to why he would eventually find himself a member of Jamla’s 9th Wonder led Soul Council last year. For 2015, having three prominent placements on 9th and Talib’s Indie 500 compilation along with providing beats for emcees ranging from Mac Miller to Torae could be considered footnotes. Nottz’s biggest accomplishment this year has to be his collaborative project with former Little Brother member Big Pooh through Home Sweet Home. Not only is this his best producer/emcee project since 2010’s Classic with Rah Digga, his skills and rhyming ability managed to improve as well.

Between spending the past decade cultivating the careers of top tier emcees ranging from The Game to Kendrick Lamar and building his multi-million dollar Beats By Dre empire, many wondered if the world would ever get to hear Dr. Dre’s 2001 follow-up Detox. Giving a surprising during the promotional run for N.W.A. biopic Straight Outta Compton on his Apple Music radio show The Pharmacy, he announced Compton: A Soundtrack By Dr. Dre. One of the year’s best albums, Aftermath’s head reached into his historic past, present and future seamlessly. This was accomplished with the help of production from Focus, Dem Jointz and DJ Khalil among others.

For better or worse, no sub-genre of Hip Hop ruled the commercial airwaves like trap. At the top of the Atlanta-based movement was nonother than Metro Boomin. Besides providing production for Meek Mill, Travi$ Scott, Ty Dolla Sign and others, two pivotal projects cemented his legacy within 2015. The first came through his work with Future Hendrix on DS2 along with Southside. The 808s and snap provided were simply too addictive. When Future joined Drake for What A Time To Be Alive, Metro Boomin probably created the biggest turn-up moment of the year.

At this point, 9th Wonder honestly can’t do any wrong. Since his early days with Little Brother, the North Carolina-based producer refuses to miss a beat. 9th’s ability to cleverly flip samples remains unparalleled and that continued well into the year. The Jamla head continues to evolve by sticking to the basics without a care in the world. When he wasn’t producing tracks for Jill Scott, King Magnetic or Anderson .Paak, his collaborative project with Talib Kweli in Indie 500 could be considered the ultimate underground experience of 2015.

There’s no doubt Vince Staples Summertime 06 was one, if not the best, major label debut of the year. Alongside contributions from the likes of DJ Dahi and Claims Casino, almost taking center stage alongside the Long Beach emcee was No I.D. Illustrating one dark and borderline depressing project, the Chicago-producer matches Staples’ bleak world outlook by providing the perfect backing soundtrack. ARTium Recordings’ head maximizes moods through sparse production making the most inventive sonics he’s displayed in quite some time. At this point, it’s difficult to have any conversation regarding Summertime 06 without No I.D.

Adrian Younge has always framed himself as more than a producer in the traditional Hip Hop sense. Since his breakout soundtrack for Black Dynamite over five years ago, the composer and multi-instrumentalist became well known later through Ghostface collaborative project Twelve Reasons To Die while eventually became sampled inspiration for super-producers Timbaland and DJ Premier. For 2015, his love for throwback analog soul improved even further with Twelve Reasons to Die II becoming one of the year’s most slept on releases.

The ambient soundscape of “Noah “40” Shebib has been just as important to Drake’s musical aesthetic. This year alone, the producer was featured lightly on Drizzy’s surprise If You’re Reading This It’s Too Late. His big moment came through the diss heard around the world. “Back To Back” not only served as the coup de grace for October’s Very Own against Meek Mill but earned hundreds of thousands in sales and a Grammy nomination. His sole production credit on What A Time To Be track “30 For 30” became the most non-turn-up moment on the album. Besides working with Drake, Action Bronson also scored a beat on popular  Mr. Wonderful track “Actin Crazy.”

While Hip Hop focuses on Kendrick Lamar’s artistic growth in regards to To Pimp A Butterfly, Soun Wave could be considered a pivotal glue that held everything together production-wise.  Out of the album’s 16 tracks, the Compton producer has his hand in over half. Let’s be frank here, going from “Bitch, Don’t Kill My Vibe”s ultra smooth vibes to the something like “Mortal Man” was outstanding sonically. It’ll no doubt be interesting to see what the future holds for Soun Wave after this.

Mike Will Made It

Mike Will Made It spent the last few years being a major hitmaker for everyone including Future, Miley Cyrus and Rihanna. However, he’d yet to create an act that he could call his own. Taking his Ear Drummers brand to the next level, he found two brothers from Mississippi and delivered Hip Hop’s most popular turn-up duo through Rae Sremmurd. Last year, their breakout hits “No Flex Zone” and “No Type” only served as appetizers for debut this SremmLife year. Working his magic for a majority of the project was none other than captain Ear Drummer himself.

Lucky 7 was a favorite for many wanting some good ol’ fashion Hip Hop. DX contributor Homer Johnson said, “If Lucky 7 truly is the end of a particular era and sound, Statik Selektah undoubtedly goes out in spectacular fashion.” Action Bronson, Rapsody, Mick Jenkins and other highly established emcees literally felt heightened by the Boston native’s production. And that wasn’t all. Selektah’s work on Ea$y Money’s The Motive Of Nearly Everybody, Yo elevated a fairly solid album while ushering New York’s current prince Joey Bada$$ via amazing production through placements on B4.Da.$$.