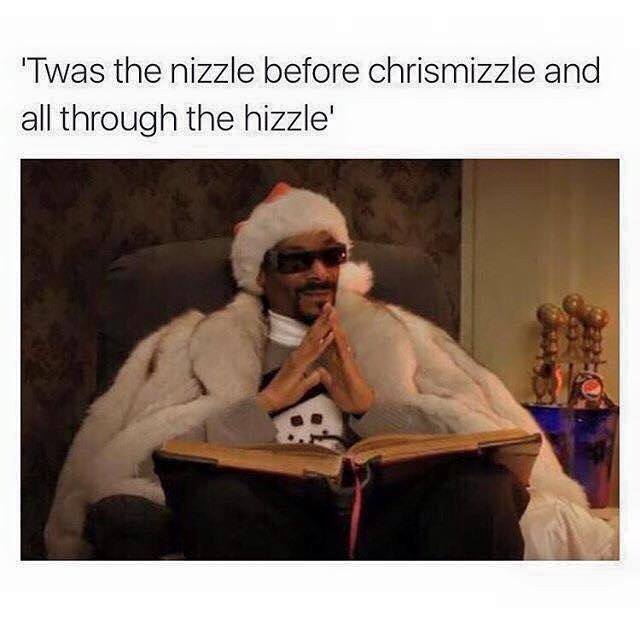 Twas The Night Before Christmas

Christmas time meant memes representing the holiday featuring Hip Hop’s past, present and future. Hearing a LBC take on “Twas The Night Before Christmas” by Snoop Dogg himself sounds golden.

Crying Lil Mama For The Holidays

Even this year’s biggest new hit maker Fetty Wap found parody in his other popular number one charting smash “My Way.” The New Jersey native really has his eye set on something special under the Christmas tree.

XO’s signature hairstyle has created some of the more creative memes this year if Instagram’s The Treeknd page means anything.

Looks like Santa Clause may be listening to too much If You’re Reading This It’s Too Late for his own good.

Evil DJ KhaledLast weekend, Steve Harvey broke the internet after crowning the wrong Miss Universe which subsequently earned him future work in the competition. As the world doesn’t want anyone eat lunch or almost get lost at sea, it goes for winning beauty pageants as well.

Anyone looking to know what the world would look like if DJ Khaled traded his positivity for negative wishes?

Snoop Dogg Turns To The Darkside

Star Wars: The Force Awakens finally reached the billion dollar mark in two weeks. Looks like Snoop Dogg was ready to celebrate the best way he knows how.

Too Much Going Down In The DMs

Yo Gotti’s “Down In The DMs” is notable for some of his social media romps with various women. However, for every female willing to Snapchat him that pussy, there are several struggle rappers offering mixtapes.

It’s safe to say that one of 2015’s biggest dance sensations is The Dab. A fairly simple dance, everyone from soccer moms to club goers finds enjoyment in the movement.