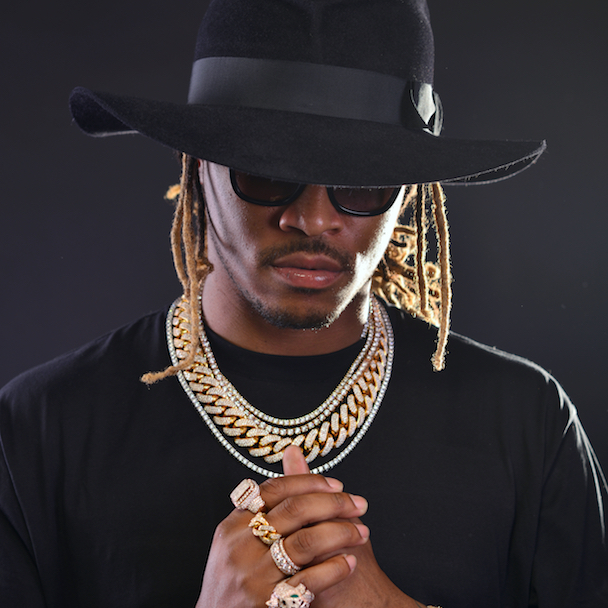 There are people in the world who are angry that Madonna was snubbed by Grammy voters for her 2015 album Rebel Heart, which debuted at number two on Billboard’s album charts. However, more so than Madonna, it’s the snub of rap superstar Future — he of 2015-released  Billboard album chart number one DS2 fame — that should be caused for greater alarm. 2015’s list of Grammy nominees showcases the National Academy of Recording Arts and Sciences of the United States loving rap like never before. Kendrick Lamar received 11 nominations and Drake’s Meek Mill diss track “Back 2 Back” got a nod, too. However, there may be something deeper to consider in Grammy accepting Future’s What A Time To Be Alive mixtape partner Drake, Kendrick, and heck, even R&B star The Weeknd, but leaving the undeniable star Future out in the cold. In breaking this down to a conversation regarding brand management, we might understand what ultimately governed Grammy’s decision-making process.

It’s important to always remember that since the beginning, the Grammy’s have had a difficult relationship with applauding the “best” in rap music and having that excellence be reflected in what the streets are truly feeling. In 1989, the Grammy’s named Jazzy Jeff and The Fresh Prince as the winners of the inaugural “Best Rap Performance” award for “Parents Just Don’t Understand.” The presentation of that award was untelevised, and the lack of airing led to a boycott of the Grammy event by the award winners themselves and others who also felt that more qualified artists were overlooked in the nomination process.

30 years later, we’re looking at the awards only two years removed from the hubbub regarding Macklemore’s The Heist winning when many felt that Kendrick Lamar’s Good kid m.A.A.d city was the most deserving winner. In 2016, Drake, J. Cole and Kendrick Lamar share equal billing with Fetty Wap and Paul McCartney, yet somehow Future Hendrix, the lord of Atlanta, the strip club kingpin and arguably the streets’ favorite emcee and quite a deserving potential Grammy winner, is nowhere to be found.

One must only look to branding to find the answers regarding why Future remains un-nominated though a chart-relevant and pop-friendly emcee. From Will Smith and Young MC to Macklemore and Eminem, the Grammy’s have always erred towards artists with brands that on the surface don’t necessarily push drugs, sex, and mayhem over a mainstream-aimed appeal. Eminem and Lil Wayne didn’t win golden gramophones until it was well-assured that for as much as they loved drugs and violence, they also had more human and relatable qualities like being a doting father and glee-filled skateboarder, respectively.

There’s a great argument for Future and Drake’s What A Time To Be Alive mixtape single “Jumpman” or DS2 single “Where Ya At” being a Grammy nominee over Drake’s Meek Mill diss “Back 2 Back” and Nicki Minaj’s “Truffle Butter” being the only Drake jams receiving Grammy nominations. #WATTBA is nearing gold album status, and Drake falls well in line with Grammy’s love of pop-appealing black rappers with a movie-star reach like Will Smith, who, himself, won four Grammies. However, one look at Future’s 2015-beloved singles NOT involving Drake includes considering tracks like “Fuck Up Some Commas” and NPR-cosigned street favorite “I Serve The Base,” a track on which NPR describes Future as appearing “defiant, intoxicated and conflicted.” Future does say, “Give no fucks yeah, we don’t give no fucks, yeah” on “Fuck Up Some Commas.” In Future not having a brand that’s balanced and not just being known as Ciara’s ex-husband and not-present father of her son, while also being someone pouring up a double cup after popping a Xanax as he throws 100 bands on strippers at Magic City, he may have ensured that the Academy honestly had no reason to give a fuck about him, either.

There’s a great argument that many in the streets and on the Internet will have that says, “F*ck a Grammy. Future gon’ keep servin’ dat base regardless.” However, the music industry is an increasingly fickle business, and the mainstream credibility of having a Grammy-nominated song or album can go a long way to opening doors and ensuring Future’s career sustainability. Regarding this notion, Cage The Elephant’s Matt Shultz (whose band’s album Melophobia was nominated for Best Alternative Album in 2015) tells Medium’s Cuepoint: “It definitely opened up some doors for us and created opportunities that maybe weren’t there before. Even for some people who hadn’t quite seen the album in its right light yet, I think maybe they revisited it and changed their opinions on the record.” Continuing, he says, “Everyone wants to have good billing at a festival and I think that’s where GRAMMY nominations and GRAMMY wins help the most for a band like ourselves.”

Consider also an artist like The Weeknd, who’s nominated for seven Grammy awards in 2016. Not unlike Future, The Weeknd’s entire brand is deeply based in drug culture, to the point that his breakout single “I Can’t Feel My Face” is an ode to excessive cocaine use. However, unlike Future, The Weeknd’s brand as an artist is also now heavily steeped in being buoyed by a bevy of masterful pop productions, an apt vocal comparison to Michael Jackson and an interview in Rolling Stone in which he asks if a soundcheck at the UK’s Jools Holland Show for his performance of his other hit song “The Hills” is “swearing or no swearing.” The Weeknd’s brand, like Future’s, may still be salacious, but it’s now double-edged. Thus, The Weekend’s assured himself broader appeal and increased the potential for sustainable growth.

Intriguingly, in an interview with Noisey from October 2015, Future said regarding his career that “[he was] halfway happy. Halfway happy. There’s a balance to life. It’s all a balance. Some being halfway happy, that’s fair.” Maybe in tempering his turnt-up proclivities, embracing fatherhood and showcasing a graduated level of attention to his artistic craftsmanship, he can achieve said professional and personal balance. If his brand evolves, by 2017 Future can earn the Grammy nomination an artist bearing his undeniable appeal and talent deserves.