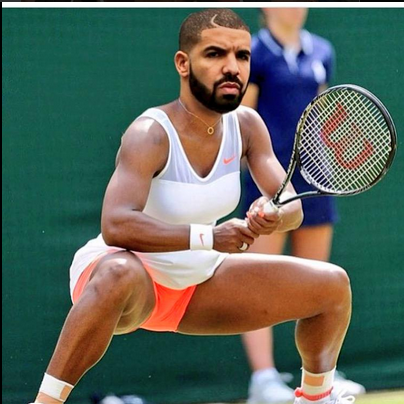 Slim Jesus Is Secretly What “Malcolm In The Middle” Character?

Over the week, the Hip Hop was stunned when it was revealed a blue eyed, blond haired 18-year-old white kid from a small Ohio town called Slim Jesus found inspiration from Chicago Drill music for “Drill Time.” For many, he just looked like as if Dewey from Malcolm In The Middle listened to too much Chief Keef.

Many in Hip Hop were angry to find so much attention placed on Slim Jesus for various reasons. Some thought he was appropriating the culture while others thought he was a bad joke. The end result meant over three million views.

Playing Around With Biggie Lyrics

The memes rap memes involve a Pictionary approach to lyrics. Can anyone decipher these Biggie Smalls bars?

Many have praised Drake for his new athletic physique. The Toronto rapper/singer has gone from looking soft to body builder in essentially under a year.

The Curse Of Drizzy

Many blamed October’s Very Own for Serena Williams upset at this year’s U.S. Open using his history with other teams who have endured losses while he’s been around.

Though social media unjustly blamed Drake for the Williams Sister loss, most didn’t mind after a rumored announcement of a collaborative mixtape with Future.

Hillary Clinton Does The Nae Nae

This week, a video of United States presidential candidate Hillary Clinton haphazardly performing the Nae Nae to Salento’s “Watch Me” on Ellen hit the web. The reaction was priceless.

The twentieth anniversary of breakout sitcom The Fresh Prince Of Bel-Air was this week. The Will Smith vehicle led to some pretty comical memes celebrating the show as well.