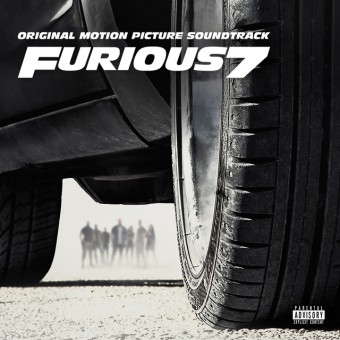 Speed Of Sound: “The Fast & The Furious” SoundTrack Breakdown

Sure, there are several things that come to mind when approaching any entry within The Fast & The Furious series. That’s right; high octane vehicles, women, outlandish set-pieces, Paul Walker and Vin Diesel. However, alongside a rapper(or two) being featured in each film, the soundtrack itself has reflected various aspects of Hip Hop. Makes sense, the illegal street racing culture presented in the original film matched perfectly with rap’s anti-culture sentiments. Some of Hip Hop’s biggest stars, past and present, have found some form of representation on the official soundtracks.

As the latest film in the series creeps around the corner to theaters everywhere April 3, DX explores the sound of the fuel injected franchise.

The Fast and the Furious

During the promotional run for The Fast and The Furious, a nice amount of hype revolved around Ja Rule’s cameo within the film. Connecting the music aspect with the film, Murda Inc. actually helped put together the soundtrack. Since then, the relationship with the series and Hip Hop has been unbreakable.

For some reason, Ja Rule passed on the opportunity to participate in 2 Fast 2 Furious. This decision set the stage for Ludacris’ Tej Parker. Of course, the rest would be history. Disturbing Tha Peace even took over the production of the soundtrack. Yup, that means appearances from Shawnna, Chingy and I-20.

The Fast and The Furious: Tokyo Drift

Before later entries in the series’ main cannon referenced events from the film, Tokyo Drift was seen as a side-story focused around Japan’s drifting scene. That meant having a soundtrack featuring once popular Japanese group the Teriyaki Boyz and Asian-American outlet The Far East Movement among others.

For the series relaunch, Pharrell’s Star Trak label took responsibility for the fourth soundtrack. Leaning more toward Reggaeton than Hip Hop, Pitbull actually has several appearances throughout the album’s runtime. Making his series debut, Tego Calderón also lends himself to the soundtrack as well.

The soundtrack for Fast Five continues the blending of Reggaeton and Hip Hop alongside Electronica elements. The theme for this film’s entry would be an allstar remix of Don Omar’s “How We Roll.” Series regular Ludacris brings Slaughterhouse along for “Furiously Dangerous.”

More straightforward of a soundtrack in terms of contemporary Hip Hop, Fast & Furious 6 replaces the previously Reggaeton influences with flat out electronica. 2 Chainz and Wiz Khalifa’s “We Own It (Fast & Furious)” joins tracks from Peaches, deadmau5, Lil Wayne, Cypress Hill and The Crystal Method.

Furious 7’s soundtrack may be the most Hip Hop(in a contemporary sense) compilation in the series since 2 Fast 2 Furious. The film’s main theme “Ride Out” features Kid Ink, Tyga, Wale, YG and Rich Homie Quan for heavens sake. Considering Iggy Azalea makes a cameo in the film, she joins Wiz Khalifa for “Go Hard or Go Home.” Other artists making the soundtrack include Kevin Gates, T.I., Young Thug and Juicy J among others.