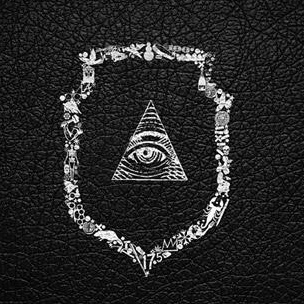 This week, Charlemagne tha God provides way too much info, Kid Cudi and Diplo tweet about working together and Nelly reconnects with his sports ties.

Jeezy Stirs Up The Illuminati Enthusiasts

If you want to get the conspiracy theory set talking, break out a picture of the “all seeing eye” or a Masonic compass and watch your social media feed go crazy. That’s what happened to Jeezy when he unleashed the artwork for his fifth studio album Seen It All: The Autobiography.  The accompanying flick for Snowman’s album—scheduled for a September 2 release date—got 393 retweets and was favorited 218 times. All of which is to be expected. A certain section of Hip Hop fans have been up in arms about Illuminati/New World Order talk since LL Cool J’s “I Shot Ya (Remix)” When Mobb Deep’s Prodigy infamously proclaimed, “Illuminati want my mind, soul and my body.”

I’ve put my tongue in a asshole or two but never tasted shit. (was this tweet too real?)

The inherent problem with social media is you don’t know if you’ve crossed the line between giving folks a peek into your inner monologue and dispensing too much info until it’s too late. For our purposes, let’s say anything involving the human anus (also known as the Greendale Community College school flag) is off limits. Radio and television personality Charlemagne tha God pushed the limits Monday, when he tweeted the following, “I’ve put my tongue in a asshole or two but never tasted shit. (was this tweet too real?).” We’re just saying, if you have to ask…

My Humble and Loving communique regarding @JayElectronica‘s performance at the Brooklyn Hip-Hop Festival http://t.co/18g14zRq0Y

People have been inquiring about Jay Z having possible ties to the Nation of the Gods and Earths since he was rocking leather Africa medallions and shouting “millions of Nubians” in his former mentor Jaz-O’s video “The Originators.” The questions didn’t end when Jay sported a Five Percent Nation medallion in 2013, and spread to his Roc Nation signee Jay Electronica after the latter’s Fruit of Islam-assisted performance at the Brooklyn Hip Hop Festival. But the Honorable Minister Louis Farrakhan deaded any talk of chastising either of the Jays when he tweeted a link to his message of support for both Jay Electronica and Jay Z. Farrakhan referred to his message as a “humble and loving communiqué” in The Final Call.

“If someone offered me what Brother Jay Electronica was offered by Brother Jay Z, I too would accept it with the biggest smile on my face,” Farrakhan wrote. “For I too, as all of us in The Nation of Islam, are The Five Percent: Poor Righteous Teachers who are called to teach the 85 Percent, and free them from the chains of slavery and subservience as tools of the 10 Percent.”

Does Ghostface Killah Have A Wu-Tang Bathmat?

We sincerely hope Ghostface Killah has a plush bathmat in the shape of the Wu-Tang Clan’s iconic, bird-shaped logo. What better accents the plush robes we’ve been seeing on album covers like Bulletproof Wallets than this? Do remember, Ghost has the oh so appropriate “Bathtub” skit from 2004’s The Pretty Toney Album if you want to talk about foreshadowing. But even if this top tier bathroom accent doesn’t belong to Ghost, his tweet is spot on: “Cleanliness is Next to Godliness!”

@LALeakers @Augustalsina I was kinda not impressed with the answer. Lol.

In a classic game of “Marry, Fuck, Kill,” the Los Angeles Leakers put Def Jam crooner August Alsina on the hot seat. Alsina was asked to choose between labelmate Jhene Aiko, socialite Khloe Kardashian and one time Basketball Wives co-star Draya Michele. It was all in good fun, but Michele caught the short end of the stick, and she responded in kind with an “LOL.”

its rare that you get a photo that documents the exact last time a man was happy. pic.twitter.com/McuQcKaQkl

Robin Thicke has been publicly attempting to reconcile with his estranged wife Paula Patton for the majority of 2013. He went so far as to name is latest album Paula, and has been musically and metaphorically prostrating himself in public in hopes of getting back with his wife and the mother of his child. Only Robin and Paula know what truly caused the rift (although tabloid rumors would suggest Robin wanted to reenact the Slum Village song “Climax”). But El-P has a thought. El Producto jokingly posted a pic of Thicke with Lana Scolaro with the caption, “its rare that you get a photo that documents the exact last time a man was happy.” Ouch. One thing’s for sure. There’s probably a direct correlation between the smile on Thicke’s face and where his hands are placed.

File this in the “totally random” folder. Nelly’s sports ties predate his chart dominance going back to when he logged time in the St. Louis Amateur Baseball Association. When he’s not in the booth or doing whatever it is a minority owner of the NBA’s Charlotte Hornets (don’t call them the god awful Bobcats anymore) does, Cornell Hayes occasionally pops up at ESPN. While at ESPN’s Bristol Connecticut campus for an appearance on the show First Take, Nelly was snapped in a picture with Kansas University head football coach Charlie Weis. According to ESPN’s Brett McMurphy, the pic is exactly what it looks like.

“Charlie Weis walking up to talk w/Nelly: ‘This is the sort of thing you have to do. Tweet with rappers.’” Ummm…mission accomplished?

Kid Cudi has never been afraid to step out of the Hip Hop lane and mix genres. For every collaboration with Kanye West or Too Short, there’s an equally successful cross-genre collab with Ratatat, MGMT or Haim. And Diplo—who’s worked with Snoop Lion, M.I.A and RiFF RaFF—is no different. So while details are scant, we look forward to seeing what these two can cook up.

Where is the best food in Kanada ? I be starving when I go 2 another kountry

Compton product YG is headed north of the border, presumably for some touring as well as “Bicken Back Bein’ Bool.” In the meantime, he hopped on Twitter to procure poutine or some other Canadian grub that’s hopefully also not an alliteration.

Given the decidedly militant tone of Brand Nubian albums like One For All and In God We Trust, it wouldn’t be a stretch to assume Datty X is having no part of Bobby Shmurda. But such an assumption would be incorrect. In a series of tweets, Sadat X endorsed the young Brooklyn rapper and emphasized some of the external factors around both his meteoric rise and the recent Epic deal the “Shmoney Dance” rapper signed.

Sadat X said he roots for any kid to get off the streets and rhetorically asked, “Was the young boy Bobby Shmurda supposed to turn down that epic bread??? Fuck outa here.”

Regardless of where you fall in the Bobby Shrumda debate, it’s always good to see Sadat X raising the level of dialogue in Hip Hop 140 characters at a time.

RELATED: Tweets Is Watching – J Dilla’s MPC Is Headed To The Smithsonian