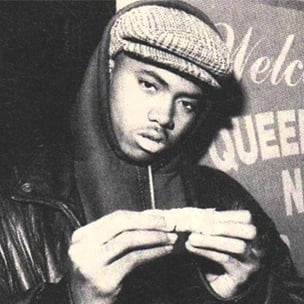 Memory Lane: 5 Lesser-Known Stories From The Creation Of Nas' "Illmatic"

The week of April 13, 2014 marked the 20-year anniversary of Nas releasing Illmatic. Since its debut—and subsequently being given the vaunted five microphone rating by The Source—much has been said and written about Nas’ initial body of work.

From assembling a diverse team of all-star producers, to unintentionally making his bid as Hip Hop’s king of New York, and both establishing and linking his legacy with the likes of Notorious B.I.G., Jay Z, there’s a reason Illmatic is still celebrated two decades after its initial release. Just for good measure, Raekwon and Ghostface even devoted the “Shark Niggas (Biters)” skit from Only Built 4 Cuban Linx… to B.I.G.’s perceived co-opting of the Illmatic album cover.

All of which is to say, there’s little about Nas’ first album that hasn’t already been covered at length. Nonetheless, when you gather up enough of the people directly involved with Illmatic, old stories start flowing. Falling down a proverbial rabbit hole of old YouTube videos probably doesn’t hurt either. In the time leading up to the 20-year anniversary of Illmatic, HipHopDX’s staff did both. The result was a mix of first-person accounts and shared stories from the events that took place within the walls of a handful of New York studios and the residences of the participants themselves. Take a walk down memory lane with five lesser-known stories from the creation of Illmatic.

Pete Rock Made “The World Is Yours” In Under 10 Minutes

Pete Rock: It’s a faster pace with the creation of the music now. That’s not to say it wasn’t fast then, because in my time I was making beats in five minutes. I made “The World Is Yours” in less than 10 minutes…so, yeah.

We would go hang out in Queensbridge and go mess with Havoc and P. Large Professor used to bring me all around, and he brought Nas up to my house like, “Yo I want to introduce you to my man.” He brung him up, and I started playing beats for him. I went through a couple of discs, and then found it.[1]

One Love Was Originally Named “My Summer Vacation”

Nas: When Q-Tip first gave me the beat, he had this idea…it was called “My Summer Vacation.” It was funny he said that, because it was like a student who’s off for the summer and comes back and tells the class what he did. I had “One Love”—at least the first two verses—already written, and I couldn’t wait to show him the different kind of letter I had [laughs]. It wasn’t summer vacation, but it was about something else that Q-Tip could relate to. When he heard it, he was like, “Wow. That’s it.” [2]

Q-Tip: [Nas] came out by the crib…at this time, I had a little set up at Phife’s crib in the basement. He came through—him, Akinyele and Large [Professor]. We blew a little something, and it was summer or whatever. I said “How you trying to approach it?” And he told me, “Nah, God…you know what I’m saying? I’m just trying to get that shit…that shit that you be fuckin’ with, God.” It was very Nas…jazzman-type shit. [3]

DJ Premier: Q-Tip set the cassette pause tape. He pause-taped the “One Love” beat. So it was going [mimics “Smilin’ Billy Suite Pt. II”], and we were like, “What the fuck?” [4]

Q-Tip: I just started fuckin’ with it right there, and it was instant. He was like, “Oh yeah, let’s go with that. When we had the session in Battery [Studios], be brought his book in. He just started spittin’ that shit. He spit it in the room first for everybody; it must’ve been about 10 of us in there. He spit that shit, and the room was like silent. The speakers was rockin’, and he was just like, “Ugh,” spittin’ it over that shit. Man, it was crazy. [3]

DJ Premier Made An Alternate Version Of “Memory Lane”

Q-Tip: Premier may kill me for this, and Nas may kill me for this too. But I gotta let y’all hear this shit, because I [tell Nas and Preem] like, “Yo! Y’all gotta put this fuckin’ version out.” When I started hearing it, I was like, “This is special.” When I heard this record that Premier did, I was like, “Okay, I gotta give him something on that really eerie shit.” That shit was very eerie…this kind of inspired me with the whole “One Love” thing. [3]

DJ Premier Reworked “Represent” After Hearing “The World Is Yours”

DJ Premier: I got with Nas and we did “Represent” first, but the version I did didn’t make the album. It was a baseline version like an upright bass. Then—I swear to God—as soon as I heard Pete do “The World Is Yours…” I was at his session too at Battery [Studios], [and I] watched him lay the scratches and everything. I heard his version and went back to the studio to remix mine, because I wanted to have the hottest beats on there. That’s how much there was a competition, but also just respect. It was like, “Wow, that sounds better than what I’m doing,” but it was unique. I’m really into uniqueness, and Pete brought the uniqueness, where it was so different. I was like, “Dang, I can do better.” I really didn’t feel like the version I had was up to that level, and I really pride myself on being on the same level. He brought a whole different spark to it. [1]

Large Professor: I was coming from school, and we had mutual friends. Two dudes: Joe Fatal and MelQuan, and so they kind of enlisted me to do his demo…to do the beat for his demo. He had some studio time. Like his mother kind of gave him some cash to do a demo or something like that. So he was recording the demo, and we went out to Coney Island. From there we took a cab to Coney Island, and it was on. That was pretty far for then.

We took a cab from Flushing to Coney Island to do the demo. And it’s so ironic because here he is, he’s from Queensbridge, and all of these dudes are getting down. Marley [Marl] is from there and everything, but he looked in the yellow pages to do his thing. That’s crazy.

[3] Taken from “Interview with Q-Tip at the Red Bull Music Academy in New York.”