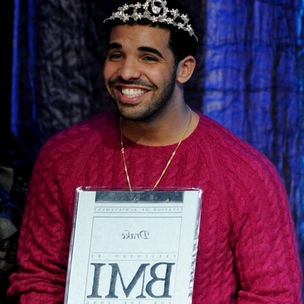 Punked: Why Dissing Drake Is Trendy (And Sometimes Justified) In 2012

Unless you’re counting Taylor Lautner’s turn as the werewolf Jacob in the Twilight series, only one of the men on the cover of Us magazine’s “100 Cutest Guys” issue has threatened to “catch a body like that.” The issuer of the aforementioned threat would be one Aubrey Drake Graham, and unlike Lautner, he wasn’t in character. Or was he? Drizzy, the actor turned chart-topping rapper and arbiter of various Hip Hop trends, has managed to become the target of multiple disses in a year that’s only halfway finished. How, and more importantly why did taking shots at the person that spearheaded such trends as “Hashtag Rap” and flipping mixtapes for retail consumption become so fashionable?

Jealous Ones Envy, Or At Least Hate

“Niggas see me in the street / Pretend to be friendly / But I know any type of success breeds envy / I know in the back of your mind you’re conjuring ways to hem me / Leave my friends in a circle pouring out Henny…”—Jay-Z, “Lucky Me”

One of the reasons Drake has been targeted five times (and counting) this year alone is because he’s one of music’s top artists. That’s not an opinion. Since Cash Money/Universal Records slapped a barcode on So Far Gone roughly three summers ago, Drake has been good for annually turning in one top-selling album and a handful of gold and/or platinum singles. As of July 1, So Far Gone has been certified gold by the RIAA. Meanwhile Thank Me Later and Take Care have moved 1.5 million and 1.8 million copies respectively. But sales don’t tell the whole story because Milli Vanilli amassed almost the same number of album and single sales as Drake. And even at their peak, Rob and Fab didn’t exactly make for water-cooler conversation.

Drake’s success and its subsequent backlash can also be charted by an anecdotal look at his impact on pop culture. Admittedly, I’m not a member of the Drake fan club. But as someone that spends entirely too much time analyzing what goes on with Hip Hop in any given week, the culture’s various reactions to what (and sometimes whom) Drake does are fascinating. Even if you don’t like Drake’s music, you’re probably a fan of one of his many collaborators. If not that, you’re likely a fan of one of the dozens of artists that suddenly started replacing the word “like” in their similes with an elongated pause a few years ago. Or, like me, you’ve quizzically scratched your head at the teen walking around your city with a “First name ‘Greatest,’ Last name ‘Ever’” t-shirt. And when artists like 2 Chainz and Alicia Keys are looking for a hit, Drake is on the short list of people they call.

The Role Of Authenticity In A Rapper’s Respectability

It would be patently naïve to think his commercial and critical successes were the only reasons people as non-threatening as Chris Brown and Ashton Kutcher have also been taking potshots at Drake. As it happens, there are times when Drake comes off as entitled douche with limited self-awareness. Kutcher successfully “Punk’d” Drizzy because he’s the type of person that is self-absorbed enough to think secret service agents drive around saying, “Y.O.L.O.” Women, and sometimes Drake himself, point to his emotional sensitivity as a unique asset. It’s an attribute that’s on full display on songs like “Say What’s Real” or the Elle interview where he talked about how Rihanna may or may not have inadvertently played him. So when he snarls, “She could have a Grammy / I’ll still treat her ass like a nominee / Just need to know what that pussy like / So one time is fine with me,” (presumably also about Rihanna)—his detractors call him fake, while his fans say he’s just complicated. Both are accusations that have been leveled against other successful emcees. And the truth probably lies somewhere in the middle.

But even if Drake didn’t feel the need to transform his sometimes fluttery falsetto into an attempted growl on tracks like “Stay Schemin,’” he would still draw animosity. You may have noticed the seismic shift in Hip Hop’s landscape over the last decade. When notable male contributors are kissing each other and simultaneously claiming to be “goons” and “gangsta” while no one questions them, what exactly does it mean to be masculine in Hip Hop? I’m not entirely sure anyone knows anymore. Or maybe the younger generation just doesn’t care. Either way, the former suburban actor from Canada that rocks an Aaliyah tattoo and sings about feeling alone because he can’t kick his yes men out of the studio makes an easy target. But the list of former teen soap actors who can thug it out is non-existent. So unless Aubrey has plans of joining the fire department and standing outside the window of a burning building, all talks of “catching bodies” should probably stop. Since I’m not a mind reader, I can only assume that was the rationale when Common threw a few subtle shots in Aubrey’s direction at the top of the year with “Sweet.” Listeners couldn’t necessarily be blamed for thinking the same about Pusha T’s perceived insults from “Exodus 23:1.”

There is a precedent. As somewhat of a gatekeeper for Hip Hop’s Golden Era contributors, Common took the same stand on “Real Nigga Quotes” in 1997 when Marques Houston and the rest of Immature decided to start wearing waif-ish perms. He referred to them as “little hoe niggas,” and unlike Drake, they had no rebuttal. Similarly, Pusha T has been quick to separate himself from those he deems as Rap impostors on tracks like “I’m Not You” and “Mr. Me Too.” And Drake is most definitely challenging traditional notions of masculinity, class and gender roles with his emotionally driven music and open endorsement of white wine spritzers. I think we’re just seeing Hip Hop anthropology at work. Elder statesmen like Pusha and Common—and T. Boone Pickens for that matter—are drawing a line in the sand saying what’s approved behavior and what’s not. Part of telling listeners what and who you are also involves telling them what and who you’re not. As far as his alleged brawl with Chris Brown, it’s safe to say we can all chalk that up to a classic love triangle. Ultimately, Rihanna’s pimp hand is stronger than Christopher or Aubrey’s.

Drake Is Winning Regardless Of What Anybody Thinks Or Laughs At

“I’ma tell you what Banks told me / ‘Cause go head and switch the style up / If niggas hate / Then let ‘em hate / And watch the money pile up / Or we can go upside their head with a bottle of bubb…” –50 Cent, “In Da Club”

I will admit that I used to keep a few Drake albums in my iPod, and they came in handy at house parties and went over quite well with certain types of women I knew. I’ve since deleted them. It’s not that the songs stopped being catchy. And anyone that knows about music will at the very least credit Drake for his superior wordplay, songwriting and structuring skills. But I don’t like what having a Drake album in my collection implies. I think spending money rescuing strippers is some sucker shit. Plus it’s rather difficult to sing along to the lyrics of “Lord Knows” because no self-respecting guy looks at his woman’s phone while she’s in the bathroom. And regardless of what Juvenile says, plenty of people in the South don’t approve of making “Back That Azz Up” a love ballad. Drake does things I don’t like fairly often. So as a paying consumer, I just never buy his music. But I’ve never felt compelled to publicly diss him.

For me Drake’s 2009 knee injury pretty much sums up his career, his detractors and his attitude towards them. Having been under doctors’ advice to limit any high-impact activity, Drake appeared at an ‘09 New Jersey date on Lil Wayne’s America’s Most Wanted Tour because he didn’t want to let down his fans. Caught up in the moment, Drake was doing some macho posturing—puffing out his chest, mean mugging and bopping along to the backing music. Seconds later he crumpled to the floor of the stage in a heap when his already injured knee buckled. Wayne poked fun at him, and Drake was helped off the stage. Moments later, the music continued, and Drake was letting everyone know he was okay via a Twitter correspondence with Miss Info. We got some laughs, and “Drake’s Knee” ended up with its own Twitter feed. The whole incident was a mix of sincerity and hubris followed by some embarrassment and injury due to Drake’s own sometimes-comical lack of self-awareness. But three years later, he’s still getting money and we’re still talking about him. Not much has changed since then.