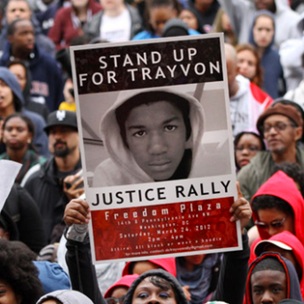 Murder Of A Teenage Life: Hip Hop's Take On The Slaying of Trayvon Martin

The death of Trayvon Martin is a story that has polarized many of us paying attention to current world events. On February 26, 2012, 28-year-old George Zimmerman gunned down 17-year-old Martin. Zimmerman, a neighborhood watch captain, disregarded a 9-1-1 operator’s instructions to stay away from Martin, whom he deemed to be suspicious. Police arrived on the scene, at which point Zimmerman tells authorities he killed Martin (who was unarmed and returning from a trip to the store to get Skittles and an iced tea) in self-defense. Zimmerman has yet to be arrested [for a more in-depth list of the events pertaining to this case, please visit ABCNews.com’s continually-updated timeline].

But how does something about a 17-year-old in Florida getting shot find its way to a Hip Hop site? And why should it matter to you?

“Now the wives is widows soakin’ up pillows, weepin’ like willows / Still mo’ blacks is dyin’ kids ain’t livin’ they tryin’ / How to Make a Slave by Willie Lynch is still applyin’.” – Talib Kweli, “Redefinition” by Black Star.

“I think Hip Hop fans, more than any other, understand being unfairly stereotyped. Many times we’re put inside a particular box as part of the culture, because people tend to think all Hip Hop is violent and misogynistic. Trayvon was dressed like a member of the Hip Hop community, in a hoody and jeans. So automatically, he was labeled suspicious and a criminal. George Zimmerman’s refusal to see beyond his limited perception lead him to peruse and kill Trayvon. Trayvon could have been any of us.” 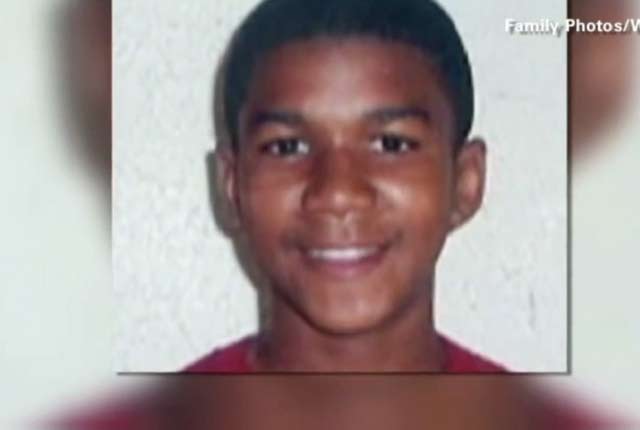 The institutions that have allowed Trayvon Martin’s killer to go uncharged as of the writing of this article have been the subject of emceeing since at least Grandmaster Flash and the Furious Five’s “The Message.” Whether it’s Black Star or Gangstarr, Wu-Tang Clan or Public Enemy, Hip Hop has always been rooted in this kind of discourse. It is with this in mind that I will attempt to navigate through some of the aforementioned institutions with the help of sadly prescient rhymes from some of Hip Hop’s greatest lyricists.

The police did not gun down Trayvon Martin. But given the way local authorities have protected George Zimmerman, they may as well have. Sanford, Florida Police Chief Bill Lee (who has temporarily stepped down because his presence is a “distraction” to his department’s handling of this matter) remains inexplicably obstinate in his defense of Zimmerman. In addressing the media, Lee went out of his way to express support for Zimmerman as a supposed protector of the community.

“There is a right for someone who has a concealed weapons permit to carry that weapon,” said Lee in a press conference to the media. “We do support Neighborhood Watch. We think it is a very good program. We support neighbors watching out for neighbors.” Watching out for your neighbors is one thing, but taking up arms is quite another. Shouldn’t Lee, as the head of an agency performing a “fair” investigation, be reminding the public that the police don’t support any form of vigilantism? But wait – the plot thickens. “In this case, Mr. Zimmerman has made the statement of self-defense,” said Lee. “Until we can establish probable cause. Until we can dispute that, we can’t arrest him.”

It’s frightening that a person in Lee’s position could so grossly misinterpret and misrepresent the law. A quick reading of Florida’s criminal law statute reveals that use of deadly force is only justifiable if “he or she reasonably believes that such force is necessary to prevent imminent death or great bodily harm to himself or herself or another or to prevent the imminent commission of a forcible felony…” This is a far cry from Lee’s implication that Zimmerman can avoid arrest simply by claiming self-defense, without any evidence to support this claim.

Darren Hutchinson, Professor of Law at the American University, Washington College of Law agrees that local police have gone too far in defending Zimmerman. “The government need not prove that an offense has actually occurred in order to arrest Zimmerman,” writes Hutchinson on his blog, Dissenting Justice. “Instead, the government must establish that after weighing the totality of the circumstances, a reasonable person could believe that Zimmerman has committed a crime. That minimum threshold is absolutely satisfied in this case.”

“Fuck red and white, I got on Black Sox / But let him shoot a person from the White Sox / What’s the call / Foul ball!” – Main Source, “Just a Friendly Game of Baseball.”

So what made a gun-toting George Zimmerman “reasonably believe” that Trayvon Martin, a juvenile that Zimmerman outweighed by roughly 100 lbs., armed with Skittles and iced tea, was going to cause Zimmerman’s “imminent death” or cause him “great bodily harm?”

Could it have been the color of Trayvon’s skin?

At first, some members of the public tried to dismiss the role of race in Trayvon’s death. But the recording of Zimmerman’s 9-1-1 call that night destroys any doubts about the reasons for his actions. “These assholes always get away,” stated Zimmerman before beginning to pursue Trayvon. Then we hear a beep, as if Zimmerman had opened his car door with the keys still in the ignition. The wind picks up, and it sounds like Zimmerman has stepped out of his car. Zimmerman admits point blank to the 9-1-1 operator that he’s following Trayvon, and whispers under his breath, “fucking coons.”

At first, it was unclear from the recording that Zimmerman used those words, but an analysis from an audio specialist courtesy of CNN removed all doubt. Zimmerman’s pursuit and subsequent killing of Trayvon Martin was racially-motivated. The reluctance of local authorities (whose race-relations record is less-than-stellar) to charge Zimmerman begs the question: if Trayvon Martin had been white, would George Zimmerman still be free today?

“Good evening, my name’s Mr. Bullet / I respond to the index when you pull it / …And when I kill kids, they say shame on me / Who the fuck told you to put they names on me / … Especially when I’m in the hood I never discriminate / Just get in ’em, then I renovate / Flesh, bone, ain’t nothing for me to penetrate.” – Pharoahe Monch – When the Gun Draws

Whether George Zimmerman is brought to justice or not, the image of Trayvon Martin, 17, laying dead in a pool of his own blood will remain burned in the minds of Trayvon’s family and friends. It’s an image that will stay with many of us for the rest of our lives, and it should.

This is the type of powerful imagery that fuels Hip Hop’s most revolutionary artists – artists who urge us to examine tragedies such as the death of Trayvon Martin with a critical, well-informed mind. As it turns out, Chuck D, Killer Mike, and scores of other emcees have been preparing us to process moments like these.

“We got to pump the stuff to make us tough / From the heart it’s a start, a work of art / To revolutionize make a change nothin’s strange / People people we are the same / No we’re not the same / Cause we don’t know the game / What we need is awareness we can’t get careless / You say what is this / My beloved let’s get down to business / Mental self defensive fitness.” – Chuck D, “Fight The Power” by Public Enemy

Like Chuck D says, it’s on us to think critically and do the knowledge, because knowledge is self-defense. Jasiri X speaks to this point: “Hip Hop not only politicized me, through groups like Public Enemy, BDP and X-Clan, but it also let me know that the discrimination and police brutality I was facing growing up in Chicago and Pittsburgh was happening all over the country. When NWA dropped ‘Fuck the Police,’ we related to it, because we experienced the same treatment in our neighborhoods, so we felt the same way.

“Hip Hop is the dominant language, music and culture of young people worldwide, so it’s important for us to address relevant issues, especially those that relate directly to us.”

“New absence from a mothers arm / Even the warmth from the mother’s arms / Couldn’t keep her son from harm / From standing where the gun was drawn / Overcome, done and done. He’s gone…” – Mos Def, “Murder of a Teenage Life.”

Slava Kuperstein is an Ellicott City, Maryland native by way of Odessa, Ukraine who has been writing for HipHopDX since 2006. Follow him on Twitter @SlavaHHDX.