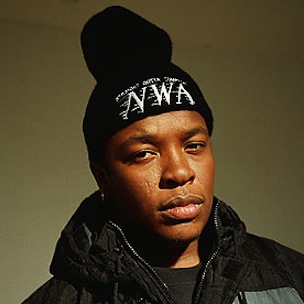 Last week we tackled the Hip Hop sequels that failed miserably to live up to their originals, this week we’ll look at those that fared the best. We’re not talking parts of a series here, not Volume 1 vs. Volume 2. This is for those who chose to revisit their seminal album years later; a bold choice that can fail horribly (as evidenced last week). Four of the originals below just happen to be on the short list of the greatest albums of all-time. Stakes is high.

A lot of folks forget about this one as a sequel because of the name. But those of you who weren’t in diapers when 2001 dropped may remember that the original title of the Good Doctor’s sophomore record was The Chronic 2000. That is until the always pesky Suge Knight cock-blocked Dre and drop his own Chronic 2000 six months before Dre was set to release his. Suge’s antics don’t disqualify what Dre’s intentions where.

Dre’s task was particularly monumental as he was following up both one of the greatest and most influential albums of all time. 2001 didn’t turn the Hip Hop world upside down like its predecessor, but it was pretty much universally acclaimed as a classic. And to think, muthafuckers acted like they forgot about Dre.

Much like Dr. Dre, Raekwon was attempting to follow up one of the most beloved albums ever made. His route was a much different on though. Rae had dropped a couple horrible albums in between and was coming to the table without the RZA running the show. After Rae announced his intentions to make Only Built For Cuban Linx 2, a mythical saga of Detox like proportions began. A lot of folks became certain it would never see the light of day. But it did, and boy did it shine. A host of Hip Hop’s most talented producers channeled The Abbott and The Chef sounded his best since the O.G. Cuban Linx. Of course Pt. 2 wasn’t as good, but it was about as close as he could come.

Ever since the 21 year old QB emcee dropped his legendary debut, fans – unfairly or not – had been awaiting another Illmatic. Nas was not the same man after he made Illmatic, and his subsequent albums reflected that. Large Professor was replaced by the Trackmasters, the black army suit for a pink one and introspection for materialism. Three albums and seven years later Nas had come back around, not quite full circle, but to a place we could all appreciate. I’ve never thought Stillmatic was a classic, and it certainly can’t tie Illmatic’s shoes, but it was a great album that resurrected Nasir’s career.

This is an often forgotten album, and while it isn’t the same caliber as Rae’s part 2, it is probably GZA’s second best album. Unlike Rae, GZA only waited one album and seven years before he went back to the well. Not to mention, he hadn’t made terrible albums in between like Rae (Beneath The Surface still bangs). So the expectations weren’t as high, neither was the hype. The album dropped on the same day as Common and Nas, and within two weeks of Snoop, 2Pac, Busta and The Roots. He entered the charts 64 spots back from his previous two albums and it came and went with little fanfare. But that doesn’t change how good the album is. The production was dark and dense and GZA’s sword was as sharp as ever.

Keith Murray was excellent, there is no denying that. There is also no denying that it isn’t on the level of any of the others above. Nevertheless, when he named his third LP It’s A Beautiful Thing he had his own legacy to live up to. The Def Squad did just that, his final Jive release was barely a notch below his debut. Keith went to jail shortly after this album and the wild energy that leads to him assaulting people shines on the mic as well. Erick Sermon handles all the production, much like The Most Beautifullest, you can’t go wrong there. You also can’t go wrong with back to back Canibus//LL guest spots while things were still hot.