HipHopDX Premiere: Philadelphia MC Adlib has officially signed with Battle Axe Records and Faction Entertainment for the release of his upcoming new studio album Primitive Tomorrow. In anticipation of the release, he’s shared a video for “Up,” a single from that album featuring production from Level 13 and Rob the Viking.

Primitive Tomorrow boasts contributions from Demrick, Tab and TeamBackPack MUNY 2016 Champion Ren Thomas. When Adlib found a home at the Madchild-owned Battle Axe Records, it was clearly a milestone in his burgeoning career.

“I’m extremely excited and thankful for the opportunity to release a project with a team I respect and believe in,” Adlib said in a press release. “Madchild has been a crucial part of my growth as an artist, his work ethic is an inspiration and on a personal level I’ve learned a lot from him over the years and appreciate the love he has shown me.

“We approached this album a little different,” he continued. “We have multiple producers on every track so sonically this album is leagues beyond any project I’ve been a part of. Rob the Viking understands my vision and was able to bring it to life. The message I want listeners to take away from the album is to think for yourself, break rules, question everything and to spread love.”

“Adlib has been a brother to me and he’s been an important figurehead within the Battle Axe Warriors since we started this movement,” Madchild added. “When he first played me his new album ‘Primitive Tomorrow’ I was immediately blown away by how amazing this record turned out. He’s always been an amazing artist, but I think he really has grown a lot as an artist and took his sound to a whole new level with this album. I’m proud to have him join Battle Axe Records and release ‘Primitive Tomorrow.'”

Primitive Tomorrow is set for a February 27 release. Check out the video above and tracklist below.

Tape Welcomes Street Lord Juan Back To The 'HomeTown' 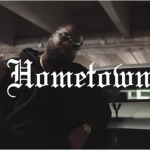 Tape Welcomes Street Lord Juan Back To The 'HomeTown'

An ode to Detroit. 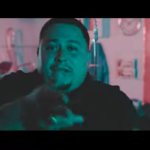 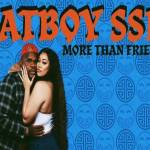 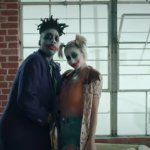