“The Field” by WorldStarHipHop

I don’t know what’s going on in Chicago, and anyone either outside of the area or who doesn’t have a degree in criminology, sociology or some kind of other social science telling you they understand what’s happening in Chicago is lying. It’s my own uninformed opinion the same prurient interest fueling the views of women fighting each other in front of housing projects with their titties out is tangentially linked to why people may kill each other over shoes and other dumb shit in broad daylight. You might easily see both of those sad events happening on WorldStar. So I guess it’s only right WorldStarHipHop redeemed themselves by providing a window into the goings on in Chicago sans context or commentary.

“What I feel is that WorldStarHipHop just gave it real raw,” Rhymefest explained in a February interview with DX. “There wasn’t even a lot of context to it. I’m happy that they showed what other things were happening in the city, like Donda’s House, that were counteracting that rawness. I’m grateful that they gave contextualization to that documentary by saying, ‘Here are a group of young people that could be out there, but find safety in here.’”

And that about sums it up for me. I think you’d need some gun law reform, a multimillion dollar study and some genuine concern from our country’s government to really find out what’s going on in Chicago. In the meantime, getting on the ground feedback from actual residents beats obnoxious, unwarranted, Ken Burns-styled commentary from on high. — Omar Burgess

It’s a series, it’s just getting started, and Action Bronson has once again proven that he’s awesome beyond his amazing music. Anyone who has followed BamBamBaklava’s music career can attest to the fact that he drops some foodie gems in his rhymes, boasting top tier food references that are the Phantoms and Maybachs of the culinary arts. In his “Fuck That’s Delicious” series for VICE’s food portal Munchies, Bronson travels far and wide for the best of the best food. He kicked it off with milkshakes, continued with BBQ. What’s next? Who knows. It’s important to note that while Action Bronson knows what he’s talking about when it comes to deliciousness (he’s a chef if you’ve forgotten), he also has the charisma and personality to carry through a whole show without boring anyone. Get this man a Food Network TV series, already. Just don’t censor him. Ever. — Kathy Iandoli

“Solange Attacks Jay Z In An Elevator” by TMZ

Clearly the non-music video of the year is, already, Jay Z getting assaulted in an elevator. Is there an image more indelible, truly more satisfying than seeing Solange lunge at Jay like Jet Li in pajamas? The madness in that moment was deafening. Beyonce’s decision not to intervene or change her facial expression in any way; the bodyguards decision to hesitate just for a moment so that Solange could get a hit or two in; Jigga Man’s decision to make a half-hearted attempt at protecting the goods.

It was glorious for its brevity alone. It painted indie-darling Solange Knowles as either a sister fiercely protecting her kin-folk or a hot-head who’s done this before. Neither caricature has been or can be substantiated. Brilliant. Hip Hop’s first family being hounded to death by paparazzi, rumor, and innuendo, but deciding — in the end — to keep it all in the family. Mario Puzo would be proud.

But all may still not be well in Camelot. Hov’ has been slaughtered in the international press for supposedly having trysts with women who are not his wife. But just before the media began to lunge at him the way Solange did, the Carter’s released into the ether a bland release statement that read like the end credits of a Good Times episode: “As a result of the public release of the elevator security footage from Monday, May 5, there has been a great deal of speculation about what triggered the unfortunate incident. But the most important thing is that our family has worked through it…” Indeed. — Andre Grant

Many have their minds made up about RiFF RAFF, but it’s still difficult to definitively tell if he’s being serious or joking sometimes. In this interview, RiFF RAFF played up to almost everything people believe, love and hate about him. Before his debut album, NEON iCON was even close to dropping, he said he was “too big” for South By Southwest. “It just ain’t for me,” he says in the interview. “It’s not my cup of tea.”

Later in the interview, he says he doesn’t know what South by Southwest is despite being there for work. RiFF also asks Complex’s interviewer, Insanul Ahmed, if he is going to be on the cover of Complex, as if that’s how magazine cover requests are traditionally handled. RAFF also says he has the “best grill that anybody’s ever had.” Does he really think that? “Do I think that? I just said that. Didn’t I?” And that’s not even the end of it.

RiFF RAFF, much like a real boy, later dropped NEON iCON to mixed reviews and lashed out at critics, including Jesse Fairfax who wrote the review for HipHopDX. This Complex interview was a great show of what RiFF RAFF represents to all people. It was funny, likeable, super entertaining, hateable, annoying and incredibly awesome all in one. — Andres Tardio

Nicki Minaj has fallen in and out of favor with the Rap public over the last few years. Her pop transition horrified Hip Hop heads who felt betrayed that they co-signed a rapper who would make such a hard left turn into “Starships” territory. Then the glimmers of hope started earlier this year when Nicki’s sporadic leaks reflected spitting bars of value once again. Her performance at Hot 97’s Summer Jam this year solidified that Nicki Minaj is in fact back with to basics. No elaborate wigs of crazy colors, no wild outfits (except for a shimmery top showing off star-shaped pasties), just bars. There’s something very symbolic about Barbz being the headliner at Summer Jam, when just a few years prior she was criticized for her present career trajectory (back then), causing her to exit the party early. And here she is, back like she never left. Redemption. — Kathy Iandoli

The problem with leaving for any amount of time during the Internet era is that people forget you almost immediately. So it wasn’t exactly surprising that most of the beautiful, headdress wearing folks at Coachella’s 2014 reunion of Outkast gave the supergroup a chilly reception. Out there in the desert the sun hangs high and those kids left those two legends out to dry. What is sometimes referred to as the greatest time to be alive in human history (ahem, GTBA if you’re a fairly affluent westerner who can afford to skip stuff so you can party in the desert, but I digress) is really the best time to be alive if you’re in the business of forgetting things. With all this information right at our fingertips we are nothing but chronic looker-uppers. Let me say that if each member of that callous band of souls were wearing Google Glass then everyone would have remembered who ‘Kast was (like, really remembered, not Tumblr remembered). They would have known every word! Instead, having to put their finger on songs they know they’re supposed to love but never actually listened to, they were left staring at the gap between themselves and actual, genuine fandom.

It’s no one’s fault, really. Neither Outkast for blessing us with their presence over a set that recounted a bevy of their old classics, nor the chronic soul crushing inertia through which we — their undying fans — forced them back on stage to placate us (because, let’s be honest, they represent precious moments in our own lives). At the end of the set, ‘Dre even apologized on some “I really appreciate y’all comin’ out. I know it’s kind of…weird. Twenty years later and shit, but thank y’all for coming out.” And when I read Kath3000 recount that stinking thing, I flew into a rage. How dare those folks make those guys apologize for anything? It was like John The Baptist dunking you under a moment longer than necessary and apologizing for ruining your baptism. But I’ve heard better things about their later shows and audiences, and soon they’ll go home to Atlanta and they’ll dip their feet in that red clay and they won’t have to apologize to anyone. And those fans, those ATLiens will know every word and move to every sound as if their inner children depended on it because, well, it does. — Andre Grant

50 Cent’s vitriol for his fellow G-Unit members leading up to the release of Animal Ambition was highlighted in many headlines. It was hard to imagine the group having any type of peace talks after members were compared to expired milk, for instance. The tension fueled the G-Unit family feud fires. However, when Summer Jam came around, 50 Cent got a stronghold of the crowd by reuniting the G-Unit emcees in a peaceful manner. Well, it was almost peaceful, as an on-stage chain-snatching may have nearly overshadowed this truce. The group dropped tracks soon after they hit the stage and talks of a G-Unit album and mixtape continue to please the Unit’s fanbase. We may not see Game join his former G-Unit brethren, but even he’s shown some appreciation for the reunion. It’ll be interesting to see how this G-Unit news shakes up the game in the next year. — Andres Tardio

Some 10 years removed from the unofficial end of his Comedy Central vehicle, Chappelle’s Show, it’s easy to forget how Dave Chappelle brought a mix of the funniest sketch comedy, poignant social commentary and the best musical guests all to the table at the same time each Wednesday night. Before us plebs had easy access to DVRs, torrents or a good, legal stream, Chappelle’s Show was event viewing. With Dave back from his self-imposed exile, and ‘Ye turning up on stages, paparazzi and the fashion world as if he needs one, it’s all kind of cyclical to see the pair in 2014. Almost 10 years after performing on Season 2 of Chappelle’s Show (alongside Common on March 3 and with Mos Def and Freeway on March 31), Kanye and Dave link up again at Radio City Music Hall a week before Dave’s nine-night stand begins. Chappelle reportedly turned down $50 million to keep his show going saying he felt manipulated. Meanwhile, West married the woman who became famous (and rich) from a home video of her taking backshots from Brandy’s little brother. The night ended with performances of “New Slaves” and “Gold Digger.” Maybe those events and the choice of songs have nothing to do with each other, and all this should just be chalked up to enjoying a joint appearance from West and Chappelle again. — Omar Burgess

For all of HipHopDX’s Halftime footage, check out:

BROKEASF & 42 Dugg Are Interrogating Phonies In 'How'

Lil Gotit & Future Look Back On 'What It Was'

Yella Beezy & Young Thug Take It To The Ring In 'Headlocc' 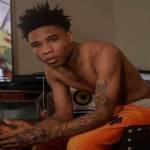 BROKEASF & 42 Dugg Are Interrogating Phonies In 'How' 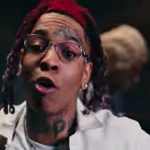 Lil Gotit & Future Look Back On 'What It Was' 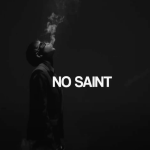 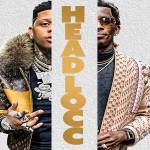 Yella Beezy & Young Thug Take It To The Ring In 'Headlocc'