The infamous sufferer from success, DJ Khaled, has undeniably brought together some of today’s best hits. You know you’ve at least heard one song that screams “This is what we do! We da best!” Which means DJ Khaled jumped on that track. Seems like he’s worked with everybody in the Rap game, bringing us some dope collaborations. Here are some of DJ Khaled’s top bangers.

From DJ Khaled’s second album, We the Best, this song features Akon, Lil Wayne, T.I., Rick Ross, Fat Joe, and Birdman. One city at a time, this single charted at number 26 for both the Billboard Hot 100 and Billboard’s Hot R&B/Hip-Hop Songs.

T-Pain, Trick Daddy, Rick Ross, and Plies are so hood in this street banger. Also from DJ Khaled’s second album, We the Best, this track was his most popular and highest charted song, ranking number ten on the US Billboard Hot 100, until “I’m On One.”

You know you’ve put your hands up to this club hit. Featuring T-Pain, Ludacris, Snoop Dogg, and Rick Ross, this track became DJ Khaled’s most successful single. Off his fourth studio album, Victory, released in 2010, it was certified Double Platinum by the RIAA. Thank you, DJ Khaled, for making us all feel like winners.

We all know Drake, Rick Ross, and Lil Wayne are on one because this banger went Triple Platinum. From DJ Khaled’s fifth studio album, We The Best Forever, it was the first album to be released under a major label.

The same rappers featured on “I’m On One,” Drake, Rick Ross, and Lil Wayne came together again to bust this hit last year. This track went Gold getting everybody on the day one anthem.

Just in case you forgot about these…

Featuring Kanye West, Consequence, and John Legend, this old number is a classic head nodder. This track comes from DJ Khaled’s first album, Listennn… the Album, which released in 2006.

Sure to get you hyped, Lil Wayne, T.I., and Future got it started on this beat. Kiss the Ring, DJ Khaled’s sixth studio album, has a couple of good tracks, this being one. Turn up.

We were ready to hear this track when the biggest East Coast rapper, West Coast rapper, and Southern rapper at the time came together to rhyme on this beat. With J. Cole, Big K.R.I.T., and Kendrick Lamar, DJ Khaled definitely gave us a good trio.

A street anthem without a doubt, Rick Ross, Meek Mill, Jada Kiss, and French Montana went in on this beat. This song is also from DJ Khaled’s 2012 released album, Kiss the Ring.

A dope “drink to that” banger, this track is featured on DJ Khaled’s most recent album, Suffering from Success. Chris Brown, Wale, Wiz Khalifa, and Ace Hood do their thing on this somewhat slower tempo. 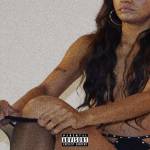 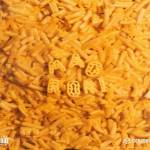 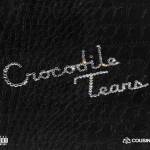 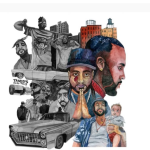