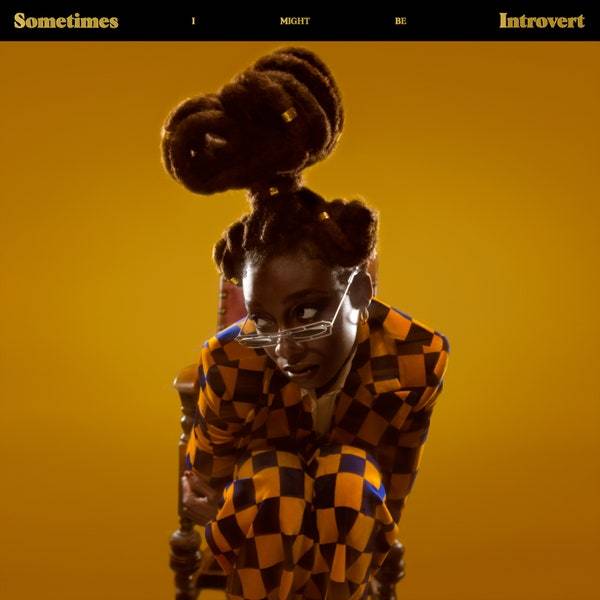 The internal battle between the magnetic pull of stardom and urge to recoil from the spotlight rages within most modern musicians. At times, introversion seems like a luxury unafforded to rappers. Soul-baring over a beat is always welcomed, to the point where fans want the curtain to be pulled back at all times. In their minds, listeners mesh the private and public persona.

Little Simz pushes back on this enmeshed relationship, establishing a duality between her introvert and extrovert personalities. For her, the pendulum swings between two. Self-reflection and rumination occur in concert, balanced by her desire for external validation. Mercury prize nominations and appearances on the hit show Top Boy don’t erase the human behind these moments.

Sometimes I Might Be Introvert, the follow-up to her breakout 2019 release Grey Area, is a reminder of Little Simz the person and her complex relationship with the budding stardom stemming from her artistry.

The album serves as an introspective full examination of her life, with Simz and her collaborators embarking on a 19-track odyssey that scans her personal history for every source of conflict and strife. Her absentee father, toxic relationships and internal struggle about the worth of critical fanfare are all on the table.

Her production choices also showcase the album’s importance, using orchestral instruments, blaring horns, cutting violins during the more dramatic and cinematic moments, then mixing in some ’80s neo soul, ’70s funk and modern 808s trap at other times. Through this, each song is given a different backdrop, allowing Simz to use the production to help tell her story.

Simz’ soliloquies are biting, backed by overtures that elevate their importance past simple lyricism. On the opener “Introvert,” she drops phrases of philosophical wit: “But if you can’t feel pain, then you can’t feel the opposite” and “The fight between the Yin and Yang’s a fight you’ll never win” occur in successive lines, with Simz attempting to unearth the great mysteries of inner turmoil. She delves into the recent years she dedicated to becoming the star she is now, asking “But was it even worth it,” as the piercing violins and booming horns score her internal struggle.

The weight of her subjects expands beyond her own personal struggles with self-worth. “I Love You I Hate You” sees Simz confronting her absent father with blazing fury. “Is you a sperm donor or a dad to me,” she raps, reading him the riot act with no remorse. Simz punctuates each line with an “I love you” or “I hate you,” highlighting how she’s unable to fully detach from her feelings.

“Standing Ovation” grants her space to answer monumental questions, examining her “desperate need for applause” and whether she’s living a double life. The simplicity of her self-reflection forms a foil with the complex scoring, where the most poignant questions arise with a blazon of horns and strings.

Much of the power of Sometimes I Might Be Introvert comes from purposeful production choices. Simz and her childhood friend/collaborator InFlo toiled away in Los Angeles, constructing a behemoth that spans various genres with grace. Tracks such as “Little Q, Pt. 2” and “Woman” hinge on orchestral arrangements powered by drums, strings and choral elements that delicately combine in the background. Simz’s delivery rests on top of the sweeping instrumental elements, existing as a foil to the rousing production.

At times, Simz’s penchant for grand messages through storytelling break-up the momentum built by her songs. The interludes, mainly voiced by The Crown’s Emma Corrin, spell out themes of love and desires for stardom. As sweet as the words come across through the English accents, there’s a fair amount of hand-holding that’s unnecessary.

Sometimes I May Be Introvert is an espousal on Black womanhood with deep emotional intelligence and refined insight from someone who’s ruminated on her pain and found catharsis through music. It’s Simz at her most vulnerable, showing a new side of herself and opening up about her life in a way that makes her more relatable than she already was. The album shows sometimes a sense of mystery is just a veil for introvertism, but it’s clear Simz has found her voice and is finally ready to use it.

Little Simz’s SIMBI is an intricate body of work. Intentional down to the last melody

Little Simz had the top three album of the year. That's it, that's the tweet