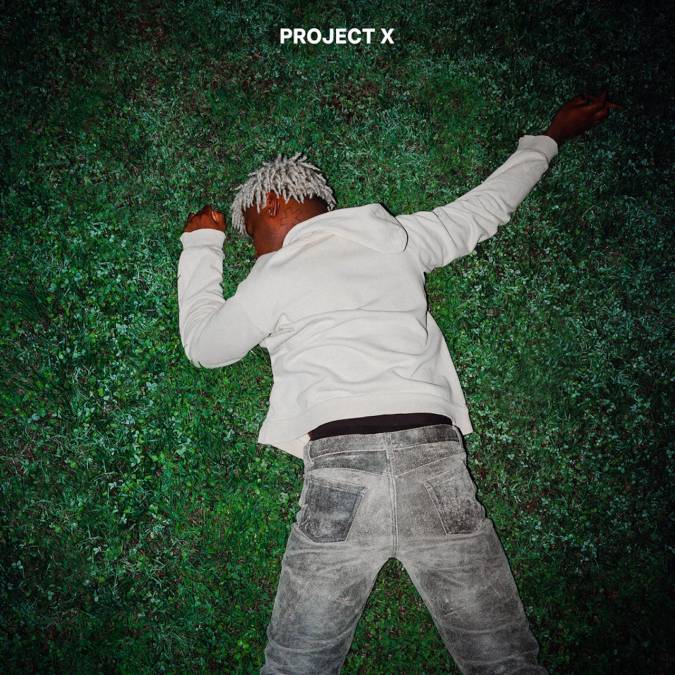 21-year-old Atlanta rapper Ken Car$on spent three months in military school before getting kicked out, though he’s quick to brush over the subject in interviews. Still, it isn’t exactly hard to draw a line from that brief experience to his music from 2018, when he was signed to 808 Mafia’s Southside, or his more recent songs under OPIUM labelhead/general Playboi Carti. For better and worse, Ken’s debut album Project X often feels like he’s following a campaign plan handed down to him by his superiors, given little room for input and boxed in by expectations.

But that would be a little too simplistic. Ken Car$on is a good rapper with an ear for melody and access to some of the genre’s most exciting new beatmakers (Star Boy and Outtatown handle the bulk of the record, with assistance from Lil 88, Rok, Fallwood and more). When Project X succeeds, Ken’s music feels as kinetic and hedonistic as the movie the album is named after. But when it fails, listeners may end up wishing they were listening to his boss instead.

Some of the best beats on Project X (“Party All Day” and “Who’s Next”) sound like ripoffs of Carti songs (“Beno!” and “Long Time,” respectively). To his credit, Ken doesn’t try to sound like Carti on these tracks; his vocals never get in the way of enjoying the excellent production. Unfortunately, he’s not yet a compelling enough lyricist to command attention. “Party All Day” has some memorable lines (“shawty suckin my dick up like a JUUL”), but his static delivery blunts their impact.

Ken’s raps don’t necessarily stick out as elite across the album, but they assuredly stand on their own two feet. He tends to over rely on a fast-paced, words running together flow, which works for the most part. It also helps to further differentiate Ken’s music from Carti’s Whole Lotta Red, as Carti never raps in that style. However, while that flow works on his singles and short EPs, it quickly becomes tedious across a full length project.

Ken’s biggest weakness as a vocalist is sticking to one tone and register for the entirety of a song. That’s fine when it’s working, but it also means if the listener doesn’t like a song after 30 seconds, there won’t be any surprises waiting in the following 90.

That’s brutal for songs such as “Hella” and “Clutch.” Built on sparse, hard-knocking beats, both tracks feel designed for the mosh pit and Ken rightfully approaches them with aggressive, staccato flows. But his half-hearted vocals leave a lot to be desired; there’s no palpable passion behind a quip like, “I keep me a stick/I keep me a Groot.” The overall effect is less Nosferatu and more Hotel Transylvania.

Despite all the drawbacks, the album is solid when Ken’s raps are fully dialed in. A tactile, arpeggiated synth propels “Change” recklessly forward, Ken’s muttered verses clinging to the beat with a white-knuckled grip. The warm piano at the start of “Run + Ran” cracks open to reveal gelatinous 808s, then progresses into a swarm of buzzing melodies that recall Pi’erre Bourne, both in sound and song structure. Album centerpiece “Shake” is an instant crowd-pleaser in the fast-paced, move-your-hips-to-this tradition of Rae Sremmurd’s “Power Glide.”

And yet, there’s something missing. The reason Project X underwhelms is intimately tied to why an album like this even exists: fans want more Carti songs than he’s willing to give them. That has left artists such as Trippie Redd, Cochise, Mario Judah and Ken himself to fill the void. These artists have put their own touches on the sound — to varying degrees of success and ownership — but it’s worth noting part of the reason the gap exists isn’t simply mathematical.

Carti’s need to push his sound forward — in particular his desire to continuously experiment with different vocal styles, approaches and effects — is why he’s a singular artist. But his avant-garde approach is also anti-populist, neatly illustrated by the mixed initial reaction to WLR.

Carti might have moved on from his previous sound, but his fans haven’t. As long as the majority of Carti’s music retains SoundCloud leak status, there will be demand for “the Carti sound” on major streaming platforms, and labels will rush in to fill that void, signing Carti imitators and pushing artists to record over Carti-type beats. It doesn’t matter if Ken was instrumental in crafting the sound of WLR: if he doesn’t find a way to make that sound his own, someone else will likely replace him.

Project X suggests Ken has some way to go before he can blow Carti’s direct imitators out of the water. But having direct access to OPIUM’s stable of producers means Ken’s beats sound better than any of his boss’s imitators and helps underscore the versatility of OPIUM’s sound. Ken doesn’t have to beat his boss at his own game to sound good on these beats — he just has to pull a new sound from his producers or come to the same beats with something different.

He accomplishes this on the hyperactive album closer “So What,” evoking the sound of a choir of Gameboys starting up on Vyvanse. Ken delivers with his most engaged vocals, warbling like an Auto-Tuned sparrow, swooping and soaring across the beat in a sonic sugar rush.

For one spare moment, he doesn’t sound like anyone but himself.

Ken carson songs are only good for 20 seconds