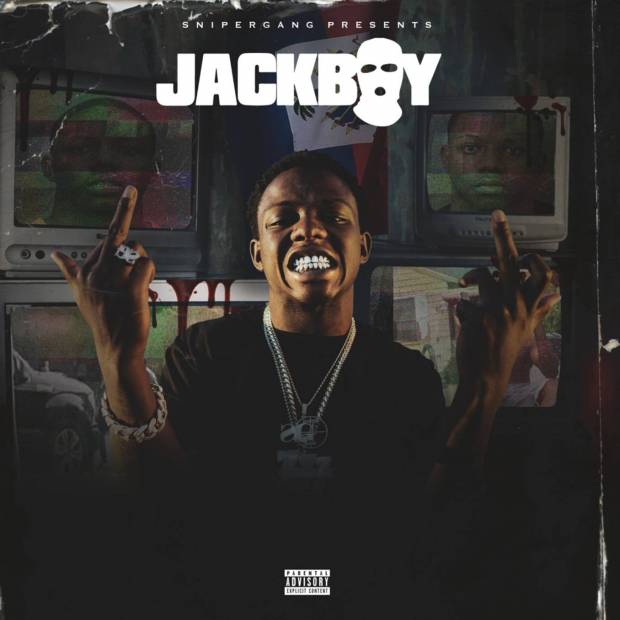 Jackboy is the latest South Florida rapper to pop up on the map, and he’s wasted little time in making his mark. Pledging allegiance to Kodak Black’s Sniper Gang, Jackboy arrived on the scene with a raspy drawl and frenetic delivery, using impressive breath control to punctuate lines worthy of extra emphasis. At will, he twists his vocals into sinister crackles, telling a story with his engaging delivery rather than the words underneath them.

He relies on these strengths throughout his self-titled album Jackboy, positioning himself as a captivating vocalist in a crowded field. These skills are more of a crutch than a weapon, however, as he offers little else.

The scope of the album’s sonics are frighteningly narrow. Smothering inflections make the lyrics themselves feel like an afterthought. Add in the largely uninspired production from Haj Slid and others, and there isn’t nearly enough on Jackboy to justify the hefty tracklist.

The first verse we hear on the album isn’t that of Jackboy, but of Kodak, currently incarcerated in Kentucky on weapons charges. Over the phone, Kodak expresses deep-rooted faith in his chosen prodigy, urging him to bring the Sniper Gang name to the Super Bowl as he watches “from the bleachers.”

It’s a fitting introduction, as the Kodak influence permeates the album from top to bottom. On “Won’t Understand,” Jackboy’s warbling melodies tell mournful tales of struggle, claiming that even if you understood what he’s saying, you wouldn’t understand what he’s saying.

Jackboy gets the best of his mentor when they team up on “Like a Million.” Next to his energetic companion, Kodak sounds drowsy and disinterested, although “Jackboy that’s my nigga, we so alike that nigga my synonym” is a bar worth noting.

The lack of variation between tracks is what truly does the album in. It doesn’t take long for the tape to run together — “Freedom of Speech” and “Still” are legitimately the same song, with an identical hook structure and production that’s hardly discernible from one another. There’s slightly more variation between “Pressure” and “Cleaning Crew,” but it still would have been wiser to choose one and cut the other.

Despite the sameness, there are a few songs worth taking away. A pulsating synth on “Hate the B!tch” brings an infectious bounce. Jackboy’s passionate crooning on “Love is War” supplies a rare moment of tenderness and vulnerability. “Can’t Be My Wife” is a satisfying switch-up near the album’s midpoint, with sparkling keys that add lush undertones to the mix.

Undoubtedly, Jackboy would have fared better as a seven track-EP. It’ll catch the ear at first, but it’s not enough to hold up in its current, bloated form. Once the vocal tricks grow stale, there’s little on the album that hasn’t already been done to death.