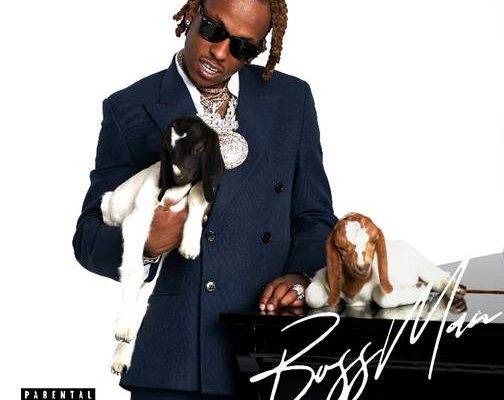 For such a young performer, Rich The Kid has proven to have a remarkably consistent resumé. Even if you’re not a fan of his style of Hip Hop, you have to admire the kid for his dedication to putting out nice, quality music. To paraphrase an old saying: “SoundCloud rap” isn’t everyone’s cup of tea, but it’s someone’s shot of Hennessy — nevertheless, “quality” in that subgenre is no easy feat.

Boss Man, the third studio album in Rich The Kid’s catalog, follows that same level of consistency that his previous two albums became known for. And while a lot of his thunder has been stolen courtesy of other rappers who shock the world with their “surprise” album drops (hello, Lil Uzi Vert), Rich The Kid still deserves to have Boss Man looked at through a critical eye.

Standout tracks on the album include “Sick,” which features DaBaby swirling around in a woozy haze as they trade bars with a catchy chorus (“And my wrist sick (Wrist sick), your pockets fit (Fit)/My pockets fat as shit, I got the baddest bitch (I got the baddest bitch)/My whip sick (My whip sick), my drip sick (My drip sick)/I just left the doctor, but I’m still sick”). But it’s not surprising that Rich The Kid and DaBaby are equally matched on “Sick,” considering they showed their shared prowess on last year’s “Best Friend,” which has a similar tempo, and sound, to “Sick,” and which again bolsters the “consistency” argument.

Meanwhile, Nicki Minaj’s guest appearance on “Not Sorry” is little more than a “cameo,” but it’s an effective one. Sure, it’s the usual Nicki themes (she’s a Barbie, a freak, and the baddest bitch), but it keeps with the theme of “consistency.” (Peep the lyrics: “Ass fat, and she keep the lotion/Dive in, it’s a fuckin’ ocean/Tell the bitch just to bust it open/And she bad like a Barbie (she bad)/My car foreign, it’s a ‘Rari (skrt)/I was pulling up like, “Pardon me” (woo)/This is a push start, no car keys (skrrt).”)

Rich’s true standout tracks, however, are the ones he carries on his own. The first track, “Far From You” (“Bankroll, bankroll bigger than ever/My niggas richer than ever (Rich)/Ray got a quarter mill’ out this dirt/He dug it up wit’ a shovel/I don’t see y’all bitch niggas like a blind man/Made a mill’ last night, think I’m lyin’, man?”) is a fantastic song, period — and that means that it stands on its own merits, regardless of genre and free from classifications.

When you get a Rich The Kid album, you’re getting an album that, overall, features nice production values, tightly-made songs that rarely, if ever, go over three minutes, and fire bars. The worst that can be said about his music, really, is that the songs are far too short. Sure, brevity is the soul of wit, but if Rich The Kid ever gets comfortable enough with his own voice and sound to experiment with longer songs, he will do just fine in the long term. For now, however, he seems to have found his pace with Boss Man.