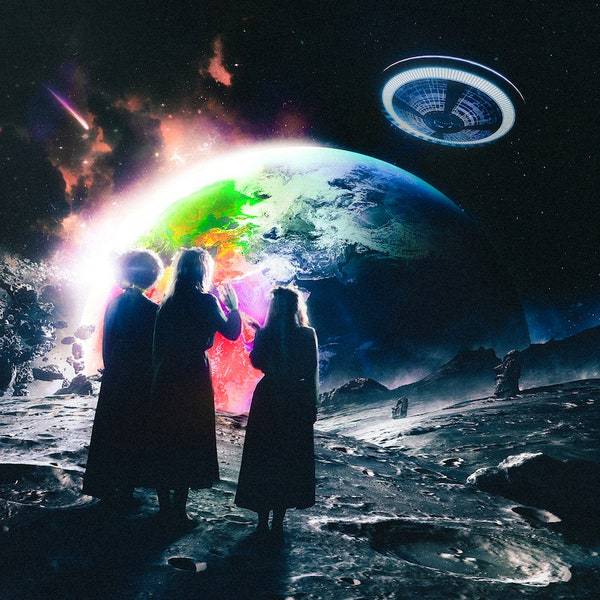 There’s no reason why Lil Uzi Vert’s Eternal Atake couldn’t be deemed as the SoundCloud generation’s version of Detox. That might sound blasphemous but there are more similarities than one might think. Both have been chronically shelved for a multitude of years but remain so unavoidably desired by their target audiences. Sure, the fan awaiting Detox is the textbook Hip Hop purist starving for lyrical miracles while those waiting for Eternal Atake are much younger and believe anything dipped in Auto-Tuned is gospel.

However, when not released, these cursed albums turn from something to look forward to into urban legends with insurmountable expectations.

Unlike Detox though, Eternal Atake finally dropped and rocketed past expectations.
From Uzi first mentioning the album to its actual release on March 6th, Eternal Atake had been in limbo for over two years. Having a project held hostage that long would drive any artist crazy, which is why Uzi opens the album with a stern state of the union address. “Baby Pluto,” Uzi’s alter ego, explodes onto a Cousin Vinny beat with ferocious flexing and a rockstar declaration. “Man, these boys ain’t believe me/They thought I believed in the devil like Ouija/Man, these boys ain’t believe me/A real rockstar, Chrome Heart on my beanie” is a line like many others that state Uzi is officially back on his bullshit.

Despite having 18 tracks in total, the runtime is only an hour, making it highly digestible. Those looking for familiar turn up singles like “Futsal Shuffle 2020” and “That Way” will find them tacked onto the bottom of the album as “bonus” (a potential ploy to boost streaming numbers) but the proceeding 16 tracks are more than enough to keep the party pumping.

“Lo Mein” is an early fan favorite; a track where Uzi displays a perfect reference point for his skills as a rapper. “King of my city like Leon, mane/Head of these niggas by eons, mane/She let me touch for the free-on, mane/So you know that’s a must like Elon, mane” might seem like standard wordplay but when it’s delivered over relentless BPMs, the frenzy is enough to send even the staunchest Hip Hop purists into the fourth dimension. Although Uzi can definitely still be considered a mumble rapper (clearly demonstrated on slurred serenades like “POP” and “Prices”) he possesses the ability to rap imposingly well on select beats that would give even the most gifted MC a run for their money.

Long story short, Uzi knows which beats he bodes best on better than anyone.

On Eternal Atake said beats are out of this world – literally. From the sci-fi fantasy album cover to the UFO-looking Bugattis he’s been spotted driving in, Uzi’s intergalactic branding for this album is on point. The beats themselves, handled mostly by Brandon Finessin and Bugz Ronin, are just as spacey and super-infused with heavy EDM sonics. “You Better Move” has Uzi waxing tough talk over a thundering 808s and a spaceship alarm system with ray guns firing off in every which way. Even when Uzi gets emotional on “I’m Sorry” he’s doing so over an instrumental that sounds like a space-bound acid trip.

There aren’t necessarily songs that flat-out skips on the album but there are a few that likely won’t get streamed as much as others. These include the aforementioned mega-mumbles as well as “XO Tour Llif3” remix “P2” (listeners are better off just listening to the original). It’s also important to note that aside from Syd making an appearance on “Urgency” Uzi handles all vocals himself.

Although there is no platinum plaque just yet, he definitely made his best album to date with no features.

There is no denying Lil Uzi Vert’s unconventional version of rap has been polarizing for the better part of the last five years yet Eternal Atake should be celebrated. He maneuvers within the cockpit of his comfort zone, navigating a galaxy of different genres while keeping the essence of rap at the forefront. Just as Dr. Dre bent and damn near broke the rules of rap for the greater good in the early stages of his career, Lil Uzi Vert is crusading to do the same.