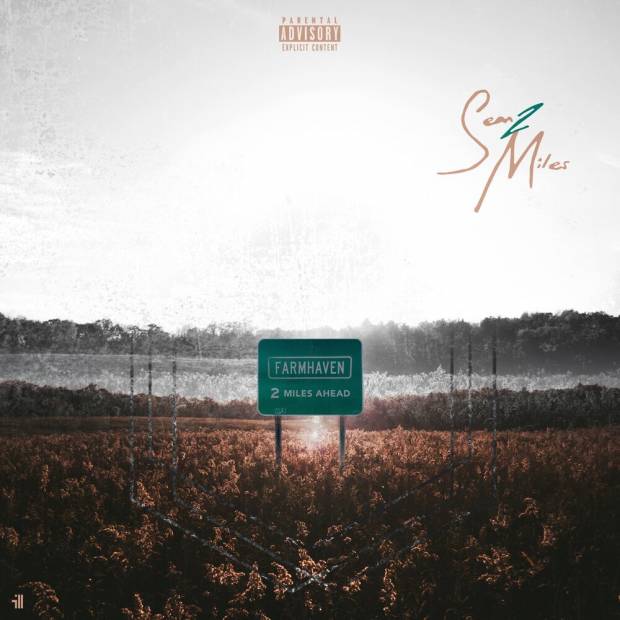 The Blues is the true music of the south, and with his latest EP, Farmhaven, singer/songwriter Sean2 Miles taps into the heart of the genre to show how it can stand adjacent, and sometimes parallel, to Hip Hop and R&B. Sandwiched in-between two skits by actor Daniel Curtis Lee, Farmhaven marks both a new phase in Sean2 Miles’ short career and an introduction to a singer who has learned how to harness a sense of comfort in being a Blues singer in a Hip Hop-dominated world.

Of course, it helps that Sean2 Miles’ vocal and melodic styles are directly influenced from Hip Hop and R&B. Take the project’s guitar-twangy “Generation Got a Curse,” a standout single from the project that shows the singer air out his grievances on younger generations through a jolly R&B strut. Despite use of Auto-Tune, Sean2 Miles’ vocals sound bright and clear without being overproduced, as he sings about technology crippling relationships (“I know you had something to say, but you’d rather make a post about it”), while also yearning for the woman he’s missing. It’s actually too short for its own good. “Don’t Call My Momma,” featuring Jarius Mozee, is a stripped-back R&B song showing its bare bones, led by the drumstick ticking of a side snare, and a grooving guitar. Sean2 Miles’ singing abilities, again, standout as clean and he vents his frustrations about a recent love lost (“Don’t be calling my momma, cause she got none for ya / Just go move on, just go move on.”).

Sean2 Miles goes full-blown blues with “Get Your Weight Off Me,” which is led by an electric guitar blues riff and soulful hand claps and tambourines before trap-drums eventually kick in and intermingle with the beat. It’s an interesting blend of both Hip-Hop and Blues, as the Mississippi crooner narrates his latest scuffle. “Steel Toe” is a mean Bluesy riff, as Sean2 Miles warns off his enemies (“Smash your head with the steel toe / You don’t really want that smoke, steel toe”).

“Lost A Good Woman,” featuring Willie Clayton — an artist Sean2 Miles deems a Blues legend in his own right — sees the singer wailing over the loss of his good woman, as Clayton harmonizes in the background, the two mimic a chemistry that sound influenced by The Isley Brothers. Trap hi-hats riddle the fluttery, but short, guitar loop, as both singers put on melodically sharp performances that make for a hybrid of a song birthed from true Blues.

If there are any qualms on Farmhaven, it’s that Sean2 Miles’ newly polished sound shows that he isn’t pushing any boundaries outside of traditional, or safe, songwriting structures he’s pursued thus far. Sure, creating a hybrid sound out of Hip-Hop, Blues and R&B is certainly a feat in itself, but Farmhaven sounds like a tight package that’s as consistent as it is one-note. Still, the singer has proven his unique melodies and clean vocal styling has the potential of breaking past the threshold in the near future. If that ever happens, Mississippi will have found its newest king crooner.