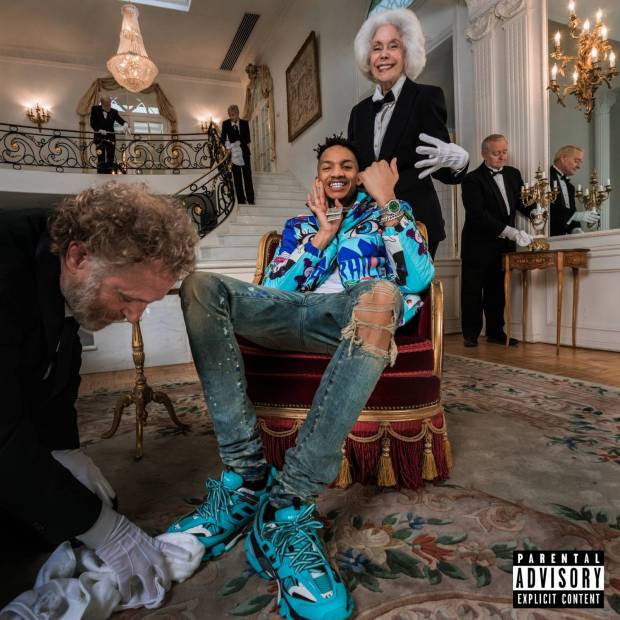 Sometimes a rapper generates waves of excitement, flashing obvious potential on singles and features, but hits a creative wall when it comes to full-length projects. Add Stunna 4 Vegas to the board as the latest artist to get exposed by his limitations. Although he beams with confidence flaunting an ability to inject southern bounce smoothly into his vicious bangers, Stunna struggles with inconsistency and a lack of distinctness.

At his best, the North Carolina rapper spits like a ferocious junkyard dog trying to break out of a fortified cage using the brutality of his bars to wear down the metal. At his worst, the southern spitta mimics a cliché shout-rapper providing functional bangers for the background, but not warranting a replay.

The 24-year-old DaBaby affiliate finds himself somewhere in the middle on the aptly-titled Rich Youngin. Stunna’s labor of wealth offers enough bops of bravado, justifying an add to the queue, but rarely produces something memorable that makes the main playlist.

The opening track “Do Dat” backed by subtle 808s and a dark piano line creeping in slowly, then unleashing on the drops, foreshadows a major flaw plaguing this project. The Interscope Records signee does an admirable job delivering vivacious lines about becoming rich but ultimately gets outshined by both his guests. DaBaby comes by for a fast-paced feature gleaming with his signature charisma, while Lil Baby takes the crown after starting his verse in a stumble, recovering to drop off some head-bobbing flow. It’s an indisputable highlight, but not because of its host’s contribution, a trend that continues throughout the release.

Whether it’s Blac Youngsta’s rhythmic verse on “Change My Life” or Offset’s pitter-patter flow on “Up The Smoke” Stunna comes off more like he’s playing the hype man, rather than the one being hyped. Definitively, these songs work as quality slaps but don’t showcase their lead.

Features aside, he finds his footing when he lets his affinity for strange and skeletal beats help him showcase a semblance of distinctness. The menacing instrumentals of “On Fye” has sonic shades of Rico Nasty’s “Trust Issues,” setting Stunna up for cold-blooded brilliance, while “R & Beef” injects a swingin’ saxophone supporting his eccentric delivery.

Then there’s “Wet” headlined by keys straight out of an old Atari 2600 game along with forceful bouncing piano sadly marginalized by his forgettable flow. When the production falters he struggles to keep the train on the rails evidenced by the mess of woodwinds, disjointed keys and offbeat rapping on “Russain.”

However, even with obvious flaws, the tape has enough turn-up tracks to keep it afloat. Both “Lou Will” and “A Hunnid” show Stunna can carry a street soundtrack, providing the finger-snapping, act-a-fool bounce he specializes in, occasionally dropping off a bar or two that will make you pay attention to the lyrics and not just the beat.

“Give me lockjaw mouth, I know she a slut/ Uh, uh, she love when I fuck, she a freak/ She’ll put her own thumb in her butt.”

Despite some fun and energetic jams, Stunna rarely creates something worth a repeat. He may rap with hunger and tenacity, but the Rich Youngin will have to provide more than just grit and stunt bars to break out of grating repetitiveness.