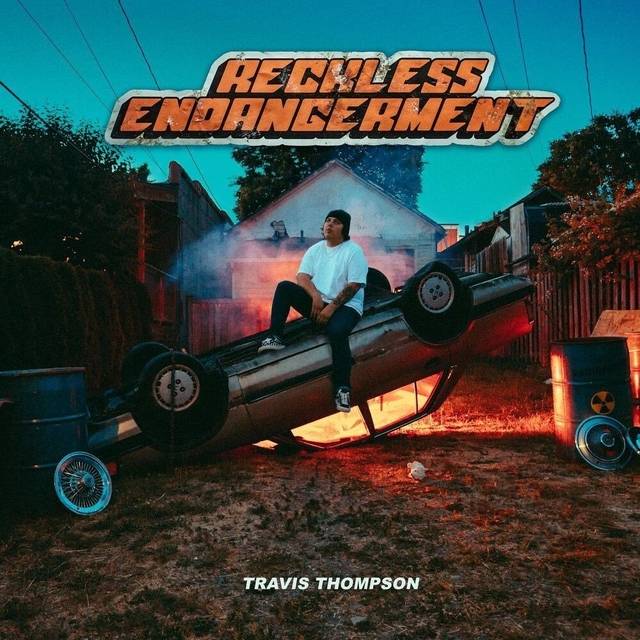 Off the rip, the title of Travis Thompson’s sophomore album, Reckless Endangerment, sounds far more careless than it turns out to be. In fact, the title track is lovable and thoughtfully composed from beats to rhymes to life. A soulful sample chop from Elan Wright and Calvin Valentine is jazzed up with trumpets and chirping bird effects – making Thompson’s rags to riches rhymes sound even more heartwarming.

Thompson has been on the grind for the past five years putting his teenage rap star dreams in motion. Using the momentum he garnered from his Macklemore co-sign, Travis has been able to deliver solid projects that are slowly starting to turn more than the heads of fellow Seattleites.

There is however another side to the earnest “I was a bad kid-my dad was an alcoholic-now we’re good” persona. In a short breathe of self-awareness he touches on his contrasting sides on intro track “Duality.” In one instance he’s “Being young and taking fifty out the Sunday pot” all while recognizing “This is living truth amongst the lies/Reckless with the message I’m endangering your life”. After those internally attentive lines wrap up, he goes full turbo with the flexing.

Travis gets off his most arrogantly aggressive raps on “Dropped Babies,” “WE GOOD!” and “God’s Favourite,” a real teenage turn-up Holy Trinity with emphasis on the pubescence. The beats are equal parts trappy and poppy with rapid-fire flows showing Travis’ prowess as a rapper. And there is no doubt he can rap well but it would be silly to classify it as real tough guy rap. There are mentions of money, drunk go-karting, hot girlfriends, smoking on that sticky icky weed and pretty much everything a teen rapping over some “type beats” on YouTube would bring up.

Sure, it sounds corny by rapper standards but in reality, Travis is as transparent as Casper the ghost. He’s a Pacific Northwestern kid who grew up on the Internet, idolizing and respecting rap in all its forms, which translates seamlessly to his music. It’s refreshing to hear the honesty especially when most of his contemporaries can’t stop bragging about popping pills and pistols.

The biggest nit-pick plaguing this album is its length. Clocking in at 15 tracks long, there are a small handful of cuts that could have been left on the cutting room floor. “Pray For Me” sounds too similar to other glittery feel goods on the album like visibly stronger “Malice” and “Inebriated.m4a”’s ambiguity falls awkwardly into the back half of the album, rendering it a certified skip. This longer-than-needed tracklist not only brings up the same themes across multiple songs but opens the floodgates for useless featured guests. (Looking at you, A-Trak.)

After 45 minutes, Reckless Endangerment will make listeners feel the opposite of in danger. A little mischievous? Sure. But there is nothing threatening coming from Travis Thompson’s composite notebook. He’s easy to listen to, shows strong signs of musical range and clearly has no problem putting his real-life on wax. In fact, the only thing threatening about this Travis is his imminently growing streaming numbers.