Review: Lil Durk's "Love Songs 4 The Streets 2" Is A Sobering Look At The Hard-Knock Life 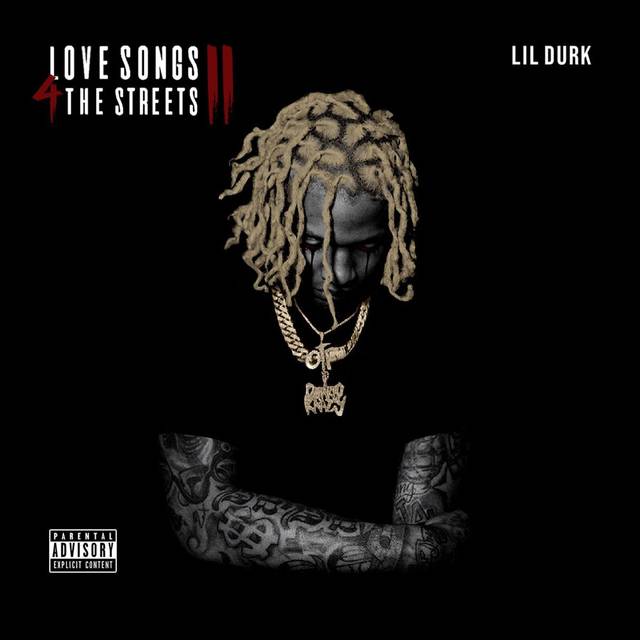 Much ado is often made about rappers who “glorify violence,” and while there’s certainly enough eye-roll worthy reasons why there’s a lot wrong with that assessment, there’s something to be said for rappers who keep it real when it comes to how it really feels to be a gangsta. And while one might not expect a rapper like Lil Durk to be the harbinger of reality, he turns out to be just that with his latest offering, Love Songs 4 The Streets 2, in which he paints a bleak picture of being “about that life.”

Durk takes a two-pronged approach to hardship: in one vein, he tackles the troubles in his native Chicago; in the other, he details the trials and travails of bouncing from label to label in pursuit of the ever-elusive “fame.” “Rebellious,” for example, tackles the latter trouble, and the disappointment in Durk’s voice is evident when he spits, “I thought my life was supposed to change when I signed that deal.” It perhaps goes without saying that Durk’s life did change — just not necessarily for the better. The Faustian bargain he’d made, of course, is that success seemed to come at the expense of a few of his loved ones’ lives (namely, his cousins’).

But he wouldn’t be the first, and he certainly won’t be the last, to make such a deal with the devil.

The rest of the album, of course, goes to great pains to depict the life of a rapper being a rather rough one, though it’s unclear whether Durk means who he was, in the past, or who he is now, that is bearing the double-edged sword of success.

One of the biggest failures of the album is the Durk collaboration with Meek Mill called “Bougie,” in which Durk laments about the drawbacks of fucking community property hoes and Meek shouts “When I made it rich, I went and bought a Bentley, bitch (Bitch)/Walk into Saks Fifth like, “give me that and give me this” (Gimme that)/That’s your Wednesday crush, you know Lil’ Fish done hit that shit, uh (Shit)/You ain’t gotta tell me, I know niggas envious, uh (Hey),” which totally goes against his Martin Luther Meek persona that he’s been donning as of late.

That said, Lil Durk has done a lot of growing up since he first premiered onto the scene. And even though his career, seemingly, hasn’t gone the way he wanted to — even though both sides of the labrys have proven to be a heavy burden for a man already besaddled with enough — he’s established a solid, consistent repertoire, one he should be proud of on its own merits if nothing else.