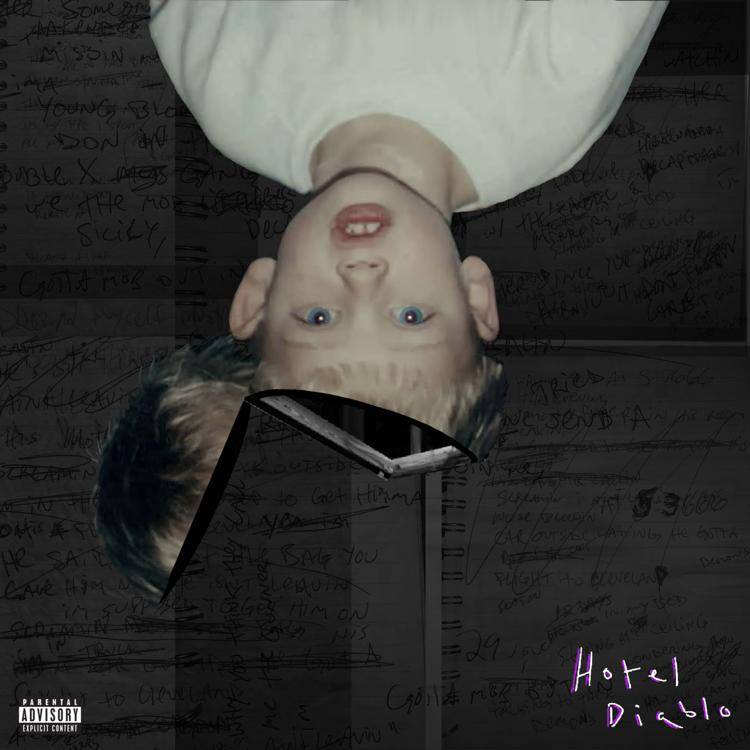 Few people can aptly code-switch between musical genres & creative pursuits, but Colson Baker — known to the masses as Machine Gun Kelly — not only does a respectable job as an actor (he had a small but memorable role in Bird Box, and his depiction of Mötley Crüe drummer Tommy Lee in Netflix’s The Dirt was one of the few shining lights in an otherwise shitshow of a film), he does a fine enough job behind the mic.

Unfortunately — or fortunately, depending on how messy you like your rap beefs — what’s been getting the most attention are his returned potshots towards Eminem. And Hotel Diablo, while a fine Hip Hop album that seamlessly blends elements of alt-rock with introspective and raw lyrics, is no exception.

This is not to say that Hotel Diablo isn’t a good album. To the contrary: Hotel Diablo is a very good album. It’s just that, after what seems like a million years of a rivalry between two rappers (but, in actuality, is a kerfluffle that’s not even a year old), it can feel like watching the Peter Griffin vs. The Chicken fight on a loop for hours on end.

The proverbial elephant in the room is, of course, MGK’s latest arrow across Marshall Mathers’ brow, “Floor 13,” in which he snarks, “I just spent the winter livin’/After someone tried to send a killshot, missin’ me” — a reference, of course, to Slim Shady’s “Killshot” single. When it was picked up by Genius, MGK was shocked — shocked, we say — that this is what fans chose to pay attention to. Which, to be fair to our boy Colson, is a valid question, especially considering he has so much more to offer on this album.

Gems like “I Think I’m OKAY,” for example, was added to Spotify’s 2019 Summer Songs Predictions list and features a star turn by both YUNGBLUD and Blink-182 drummer/not-so-secret Hip Hop head Travis Barker. And the Naomi Wild-assisted “Glass House” packs precisely the type of dual reach that keeps MGK on the charts and respected amongst his peers.

“Burning Memories,” meanwhile, explores MGK’s vulnerable side and side-swipes his estranged mother with such lyrics as “This one’s for the mama that I never knew/I took acid just to burn all of my memories of you/How’d you leave your only child at nine for another dude?/I hope he got some kids because your only son is dead.” Let’s avoid the obvious comparisons to another certain someone, who also has his fair share of maternal trauma because this stands on its own just fine.

But Hotel Diablo is at its best when MGK just lets down his hair and has a grand old time, as he does on “A Message From The Count” and “Truck Norris Interlude,” the two “breaks” on the album, in which we hear him in a semi-behind the scenes type of environment just cutting loose and enjoying the party. And why not? Hip Hop is supposed to be fun.

And though one wouldn’t go so far as to call Machine Gun Kelly a “party rapper,” he’s someone whose music is quite enjoyable, and frankly, it’s nothing but a goddamn good time.