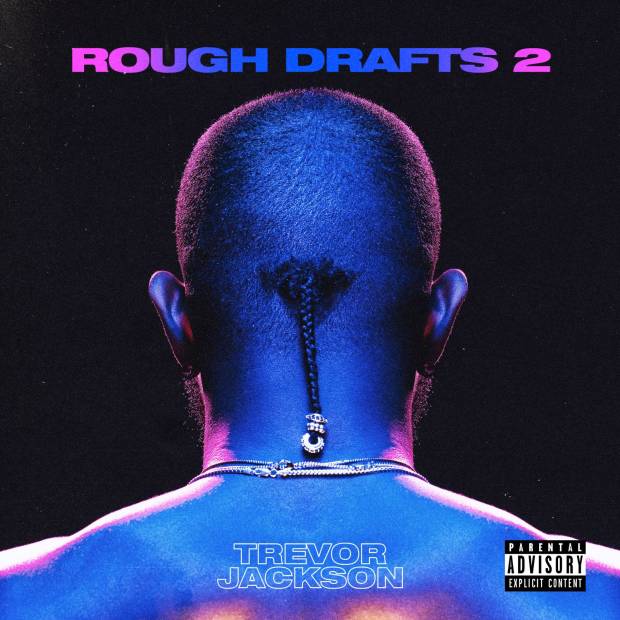 Best known for his role as the woke AF Aaron Jackson on the hit show, grown-ish, and as the titular Superfly in last year’s blaxploitation reboot, he’s extended his talents to the studio to try his hand at R&B/soul with a dash of Hip Hop thrown in (like most thespians these days).

And while, in the past, being an actor-slash-musician would get an artist pigeonholed in the television or movie role s/he became most famous for (just ask the soap stars of yester-year), today’s multi-hyphenates can branch away from the role that first brought them into the pop culture zeitgeist without much difficulty.

And all this is to say the following: Jackson’s Rough Drafts Pt. 2 — a continuation of sorts of last year’s Rough Drafts Pt. 1 — is an album that, while fine enough on its own, lives up to its name. Whether that’s a good, or a bad, thing is, of course, subjective, but Jackson needs a broader breadth of subject matter if he’s looking to be taken seriously as a … wait for it … grown-ish artist.

Jackson kicks off the album with “SPAM in a Can,” an attempt at comedy that comes off as rather corny. He’s musing about whether bitches want him for his money or for his true self, and — spoiler alert! — according to him, it’s the former. Jackson has no shortage of confidence, but it comes off as unnecessary braggadocio as he alternately warbles and spits, “Tell me what they want from me/Would they want me if I wasn’t famous?/Tell me why they hide they faces/Tell me what they want from me/Why are all my exes always mad at me?/Why everything I live for is a tragedy?”

That said, Jackson does well when he gets a little help from his Hip Hop friends. Diggy Simmons appears on two tracks — “STARCHASER” (about groupie love, LE SIGH) and “Two Times” — but Lil Yachty makes the strongest showing with his appearance on the album’s final track, “Tell Me,” in which he and Jackson trade barbs like “Is it ‘cause I got four, five, six, seven whips and a million-dollar home?/Is it ‘cause I bend that ass over and make you moan?/Is it ‘cause I got the whole world singin’ my song?” and “But tell me why the fuck you love me/Do you love me for the green?/Do you like me ’cause I’m me?/Or did you see me on the screen?”

But that isn’t saying much, because the “bitches only want me for my paper” routine gets old quickly. Surely, there are other things to rap about? And if every bitch only wants you for what you can provide, maybe you need to re-evaluate what it is you’re putting out there that only attracts groupie love, LE SIGH?

Nevertheless, Trevor Jackson shows some promise for the future. He’s far from trash on the mic and maybe his subject matter will grow and mature as he does the same.

As it stands now, though, a little life experience will go a long way for his studio ambitions.