Review: Duckwrth’s “THE FALLING MAN” EP Is A Dynamic Experiment 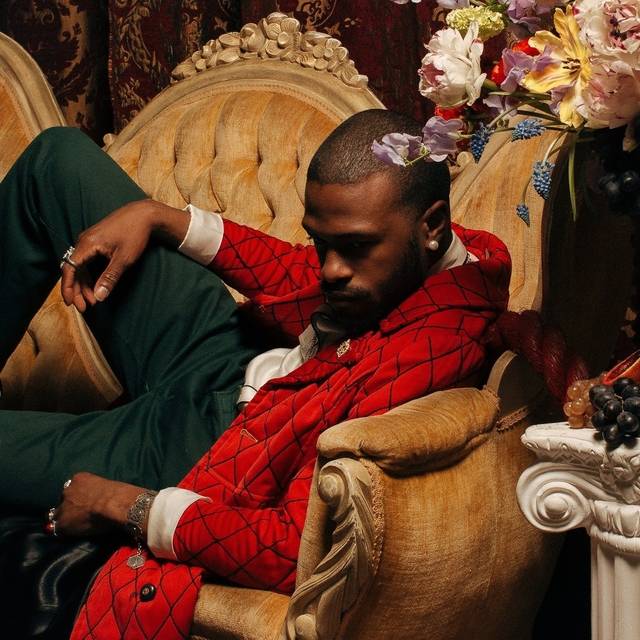 Since coming onto the scene in 2016 with his I’m Uugly project, Duckwrth has been one of Los Angeles’s most interesting, genre-fluid artists. Last year, he hit a new level of commercial success by contributing the rambunctious track “Start A Riot” to the Spider-Man: Into the Spider-Verse soundtrack. On his new EP THE FALLING MAN, his follow-up to the 2017’s an XTRA UUGLY MIXTAPE, Duckwrth explores a wide range of sounds and styles. Though there’s an overall chaotic vibe, the EP packs enough gems to hint at a promising future for the artist.

There’s something a bit schizophrenic about THE FALLING MAN; songs start off calm before rapidly turning into something eccentric and at times, abrasive. EP-opener “BOW” sets the tone for the project with Duckwrth shoving numerous musical ideas in less than one minute and thirty seconds. The rapper starts off ominously singing about being subservient to a lover. “I just wanna serve you/ I wonder, are you satisfied?/ Blood runs down from my knees/ From bowing to your imagery.” Moments later, the music becomes more kinetic as he raps about adamantly rejecting the power dynamic.

Duckwrth is clearly at his best when he weaves punk rap with pop. “FALL BACK,” one of the more cohesive cuts from the EP, has him aggressively rapping over a grating swirl of bass. Towards the end, the track transitions into him singing a soft funk bridge. He echoes this carefully constructed chaos on “SOPRANO” and “SALLIE MAE” featuring NoMBe. While “SOPRANO” is a dissociative banger, “SALLIE MAE” is more explicitly rock with guitar riffs and anarchic chants.

Duckwrth isn’t always kinetic. On “KING KING,” he tackles socially conscious topics over a jazzy beat. Though there’s a bit of a Kendrick Lamar influence to the track, the “Start a Riot” rapper successfully shows he can deliver a message through poignant lyrics and not just bravado.

Besides “SALLIE MAE,” the tracks featuring guests are largely lackluster. Even if Duckwrth is giving it all, there are too many chefs in the kitchen on lukewarm cuts “NOBODY FALLS” and “LOVE IS A MOSHPIT.” “NOBODY FALLS,” featuring Kiana Ledé, Terrace Martin, and Medasin doesn’t stick. On the other hand, “LOVE IS A MOSHPIT,” featuring Medasin and Rico Nasty, is a squandered opportunity. Nasty is notorious for her high level of energy and fearless gusto. Instead of tapping into her angry persona to match Duckwrth’s hyperactive vibe, “LOVE IS A MOSHPIT” has her Auto-Tune singing a half-baked pop melody.

Even during its low-points, THE FALLING MAN demonstrates that Duckwrth isn’t content with sticking to easy formulas and abiding by commercial trends. Overall, it’s an interesting and eclectic EP which hopefully is a preview for something much more ambitious.