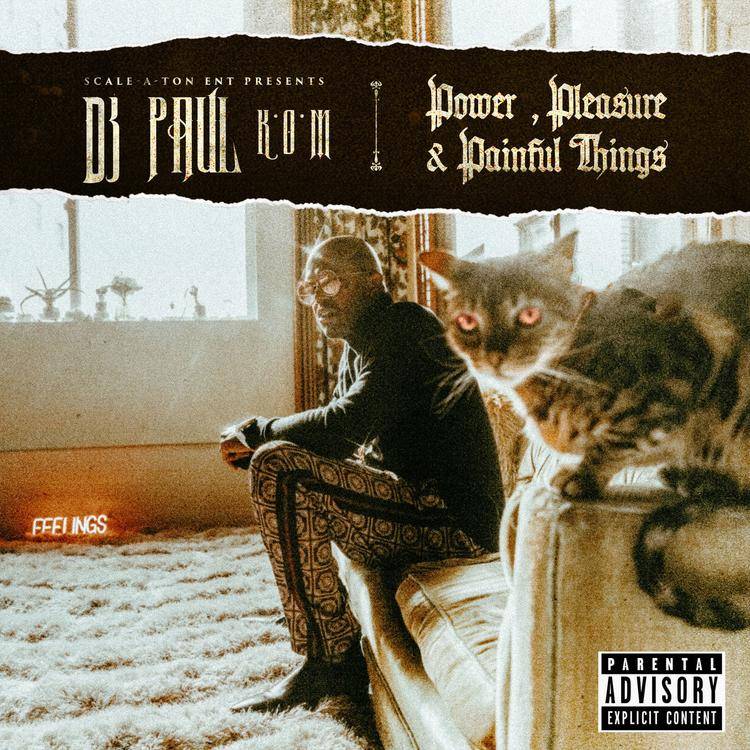 While we all may be patiently waiting for a Three Six Mafia reunion — a reunion which both Juicy J and DJ Paul have hinted at — the individual members are putting out their own solo efforts to tide us over. And while their efforts are to varying degrees of success and quality, DJ Paul is one of the few who consistently puts out quality Hip Hop.

And Power, Pleasure, & Painful Things is no exception.

The Memphis native helped pioneer crunk music, thus this is what he sticks to. But he gives it a much-needed injection of “new blood” so that it still sounds fresh while remaining true to the spirit of crunk. Wifisfuneral, Seed of 6ix (a duo made of DJ Paul’s nephew and the late Lord Infamous’s son), and Yelawolf all come in to drop a few bars, as does the legendary Beanie Sigel, and it goes without saying that all are equally yoked behind the mic.

“Real Money,” the single featuring the aforementioned Beanie Sigel, is one of the strongest on the EP, and easily one of the best songs of summer. It starts out with a call of “fuck it up!” before it veers into DJ Paul’s rapid-fire bars like “racks in/I need ’em sooner than later/and bad/mixin’/in a pot like a jambalaya.” Lest you forget that DJ Paul is an Oscar-winning rapper/songwriter, this song is here to remind you.

In case you were wondering how Beans’ menacing whisper sounds against DJ Paul’s rapid-fire spit, be rest assured that he comes through with the slow burn: “if you can count it, you ain’t got it/yeah, I’m talkin’ real money/you ain’t makin’ no deposits/niggas withdrawin’ pill money.” Your standard Beanie Sigel fare, to be sure, but there’s no sense in fixing what ain’t broke.

As far as the new blood goes, Wifisfuneral holds his own against his more experienced elder on the album’s second track, “Creepin,” which features the duo going at it over a quasi-horrorcore beat. But the Seed of 6ix does it much better, perhaps for obvious reasons, on “The Easy Way,” where they face off against their uncle/godfather and the more seasoned Yelawolf (who still sounds more like Eminem than anyone should be comfortable with).

To be fair to all things, Power, Pleasure, and Painful Things is a far cry from Paul’s 2015 magnum opus, Master of Evil. DJ Paul was one of the first to really perfect the art of horrorcore, and he did it without descending into the cheesy and campy, or — Great Maker forbid — becoming the Hip Hop Marilyn Manson. Additionally, the fact that nearly every song has an “intro” and an “outro” takes away from the overall impact of the EP, which packs quite the punch.

Overall, however, DJ Paul can add another jewel in his crunk crown — or pimp chalice, as it were — with this EP. He promises that this is a prelude of things to come, and it should be interesting to see what’s coming next from this underrated legend.