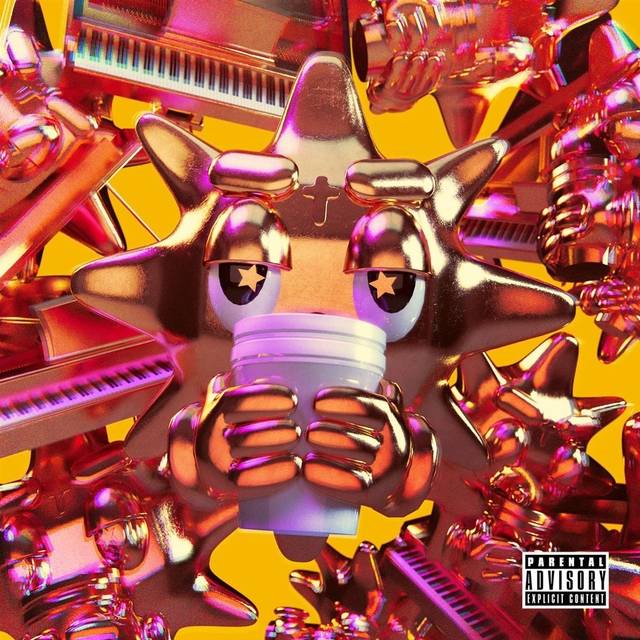 At the age of 23, Chief Keef has released more projects than mosts artists entering the second, or third decade of their career. However, he has yet to have a career-defining record that truly sets him apart and encapsulates his strengths.

GloToven, his collaborative album with the Atlanta one-man-hit-factory Zaytoven, isn’t necessarily a breakout moment for the star. Rather, his first studio album since 2017’s Dedication is a refined, minimal project that showcases a refreshing sense of thoughtfulness. With Zaytoven’s glossy production as his anchor, Keef relishes in this chance to flex his talent and venture into introspection.

For the majority of GloToven, Keef’s mumbling, free-flowing style is paired perfectly with Zaytoven’s epic beats. The introduction, “3rd Person,” is a highlight serves up a range of styles as he goes from mumbling to elongating words, making for one of the more improvisational moments on the album. Without the burden of coming up with a labored chorus, Keef is free to illustrate what makes him unique.

Unlike the seemingly infinite by-the-number trap beats out there, the production here takes interesting risks that most often pay off. On the banger, “F What The Op Said,” Sosa breaks up his verses with moody, distorted hums that seamlessly weave into the spacious percussion. “Sneeze” has the Chicago rapper matching the heaviness of the production, accentuating every taunt and threat with his signature aggression. And on “Han Han,” Keef’s melodic flow offers an interesting contrast to Zay’s chaotic instrumentals.

Their collaborative energy truly shines on “Ain’t Gonna Happen,” an introspective song that has Keef retelling his fraught journey to the top of the charts. Over gentle, glistening piano keys, he raps about his upbringing: “Baby, I’m a shark and they fish (Fish)/ I grew up, had to fill my house with dishes (Dishes)/ I’m steady smokin’ dope in my kitchen (Kitchen).” Later on, he shouts out deceased loved ones. By the end of the verse, he’s boasting about his current lifestyle and personal growth.

There seems to be a strategic absence of guests. But unfortunately, Lil Pump randomly makes the cut with a feature on the subpar “Old Heads and Regretful Hoes.” Instead of matching Sosa and Zaytoven’s greatness, Pump delivers his typical cartoonish but forgettable fodder. He stoops to a new level of vapidity with the bars: “Tell a bitch suck my toes (My toes)/ Let her go play with her nose (Yeah)/ All my hoes come and go (And go)/ Don’t pay for pussy, but I buy coke (Ooh).”

Must every album have a SoundCloud rapper?

Despite a few repetitive tracks and a ruinous Lil Pump cameo, GloToven is a testament to restraint. Though it may very well be followed by another round of half-baked mixtapes, it’s a project that will reassure anyone doubting Keef’s craftsmanship going forward.