Review: "Wyclef Goes Back To School" Is An Eclectic Journey 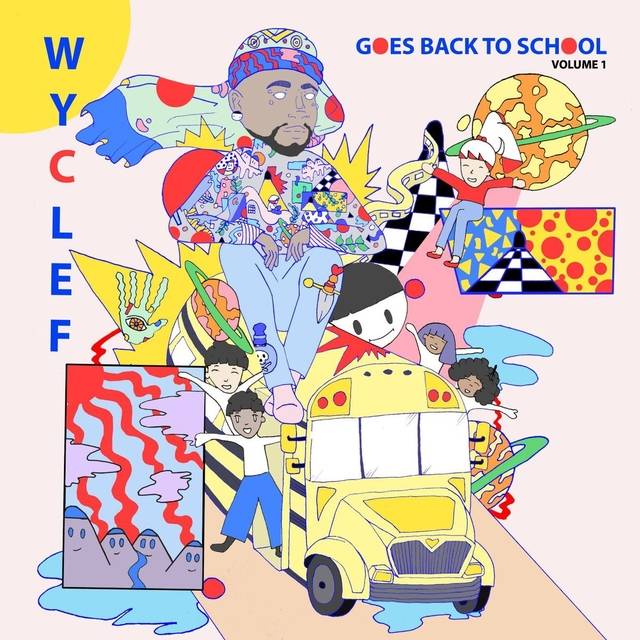 How should a legend cap off the third decade of their career? For Wyclef Jean, former Fugees member and 2010 Haitian presidential candidate, gracefully aging means sharing their platform with the next generation. His new album, Wyclef Goes Back To School, is primarily made up of collaborations with various singers and rappers that he met on a master class teaching tour of U.S. college campuses.

Despite the loose concept holding the album together, it’s a project that relishes in miscellaneousness and diversity.

The album starts off with its most polished track and lead single “Baba.” Over Kofi Black’s Afro-inspired beat that’s layered with Middle Eastern vocals, Jean raps socially conscious lyrics: “When Nancy Reagan told the hood say no to drugs (no to drugs)/ Aye, her hubby Ronald Reagan was the plug (was the plug)/ Patience is a virtue but not for consignment (nah)/ You would think it’s Vietnam the way they dying (yeah).” “Baba” also easily has the catchiest, most digestible chorus from the album. While the other tracks have lower slow-tempos, the lead single is a danceable banger about Jean having pride in his heritage. He boasts about being “100 percent Nigerian” and compares himself to Nat Turner, the slave who spearheaded an unforgettable rebellion.

Following “Baba,” the songs generally come off as drafts borrowing from various genres. “Faded Butterfly,” featuring the singer Samantha Uzbay and rapper Riley, emulates psychedelic rock-rap with layers of acoustic guitar strums and trippy vocals. The song sounds like a contemporary, stoner update of Nelly’s 2000 hit “Ride With Me.” For better or for worse, Jean doesn’t spend too much with one specific style. Immediately after the druggy track, he takes another turn with the nonchalant, funky “Page Six” and the dramatic “Conexión Caribeña.” The Latin-drenched record finds Puerto Rican rapper The Cryptic blending English and Spanish and forming a political unity with Jean: “This a Caribbean connection/ Wyclef should’ve won the election/ Oh, by the way, fuck FEMA, they ain’t help my people, yeah, after Maria.”

Despite his universal drawl, some of the collaborations do feel a bit forced. “Four Twenty,” featuring Wavie D and Alshawn Martin echoes the stoner themes of “Faded Butterfly” but lacks its cohesiveness. “A Woman’s Smoke,” a slow-tempo song about a scorned lover, sounds unfocused with the talented singer Jazzy Amra’s R&B vocals getting muddled by Jean’s croons. Similarly, “When A Rose Dies” has clashing performances from Don Chino and Raquel. Despite these shortcomings, the album ends on a strong note with “Demons Enjoy” — an emotional, soft-rock song featuring glistening vocals from Jeremy Torres and Moira Mack.

There’s no denying that Wyclef Goes Back To School is all over the place and often, doesn’t live up to its experimental ambitions. But ultimately, the album showcases a maestro emulating the youthful eagerness of his students. And for that, it makes for an intriguing listen.